A week ago, Samsung started teasing the launch of Galaxy M31 in the Indian market & thanks to the teasers, we got to know that there is a 6,000mAh battery & a 64 Megapixel primary camera. Now, the Amazon page for the phone has gone live, which reveals the design as well as the main highlights of the Samsung Galaxy M31. Above all, it reveals that the launch is happening on February 25th in India.

So, as we can see, the Samsung Galaxy M31 has a design similar to the Samsung Galaxy M30s of last year. It has the same Infinity-U display on the front, so there is no punch-hole design like the Galaxy A51. On the rear, there are Quad cameras placed in a rectangular camera housing on the top left. 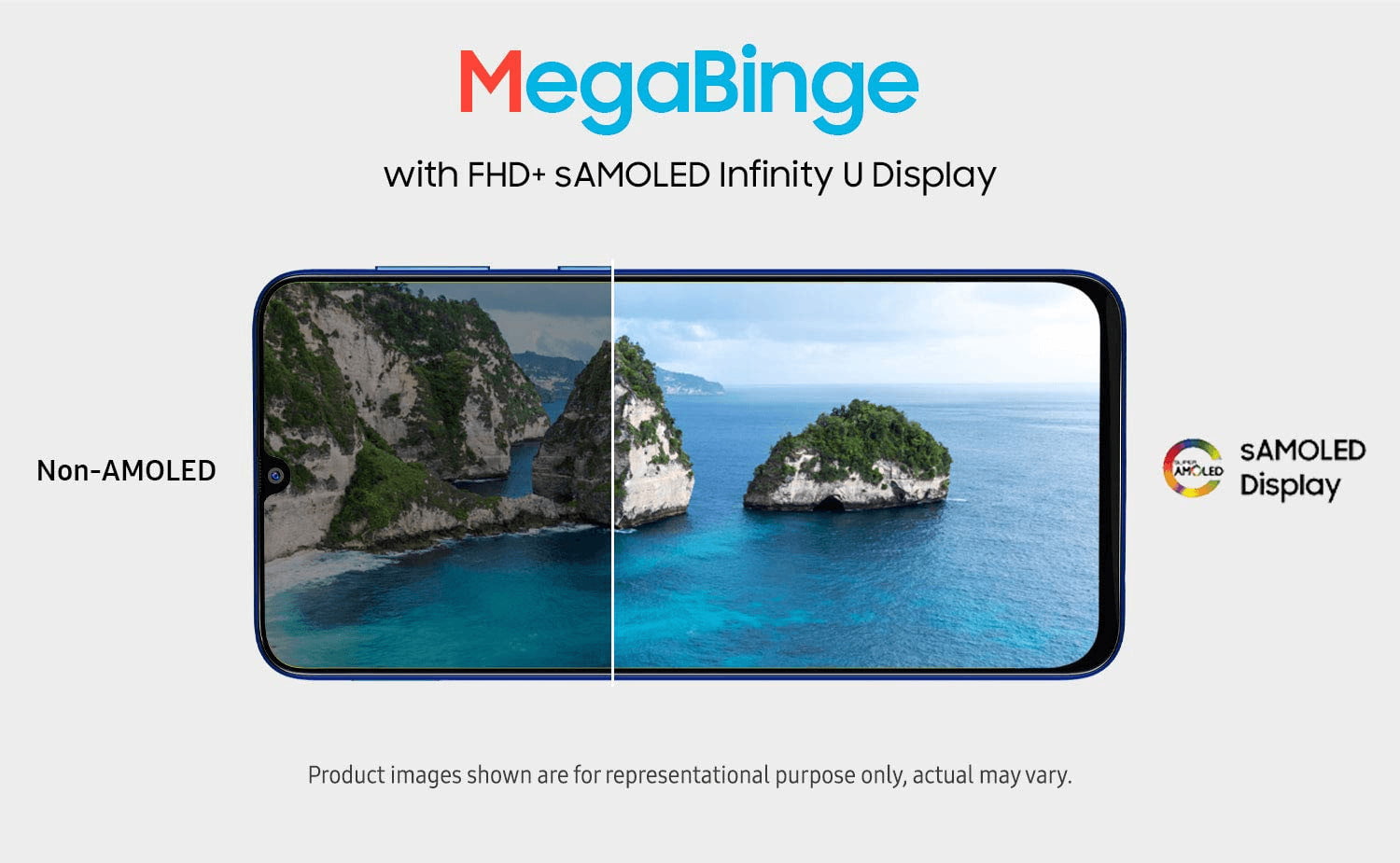 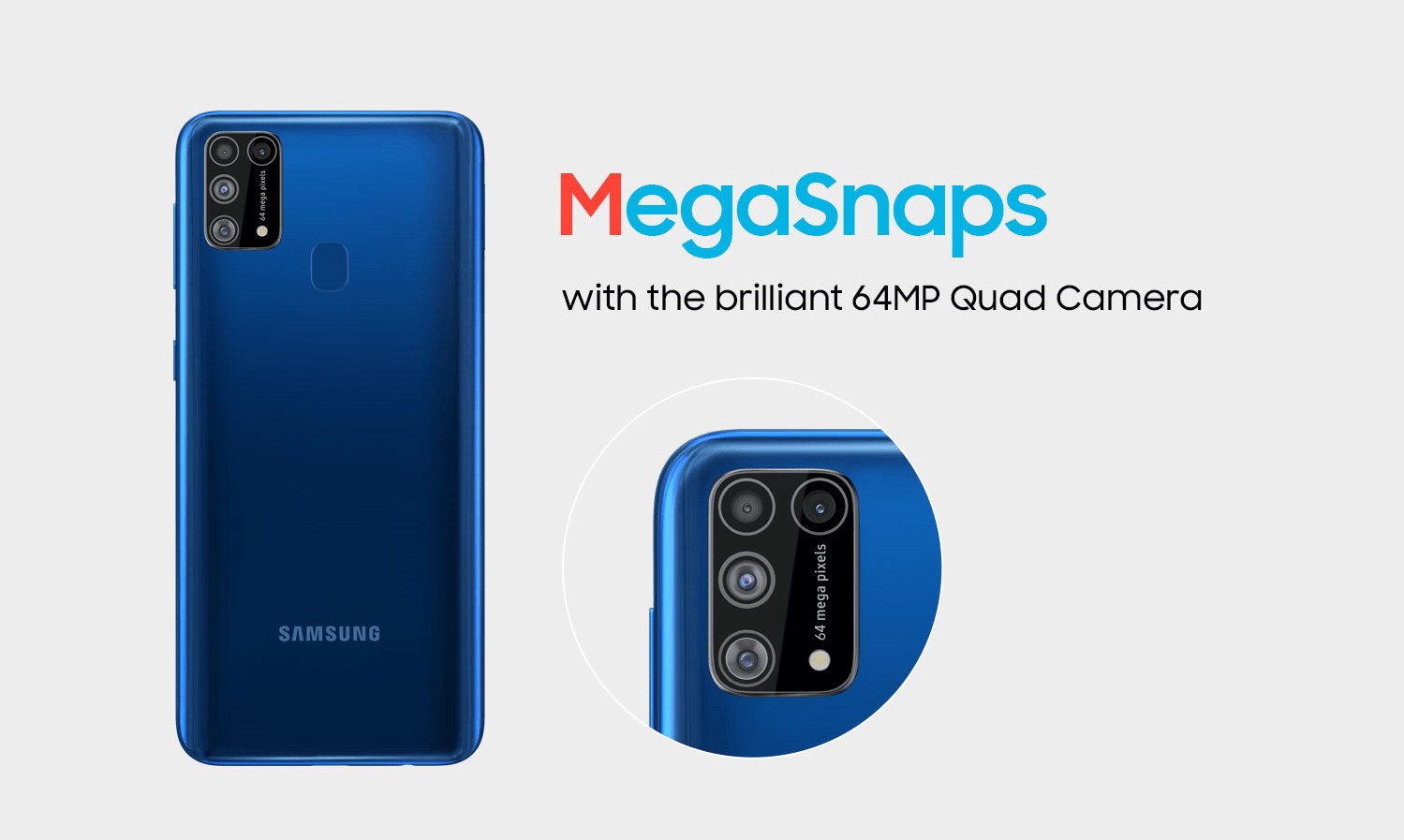 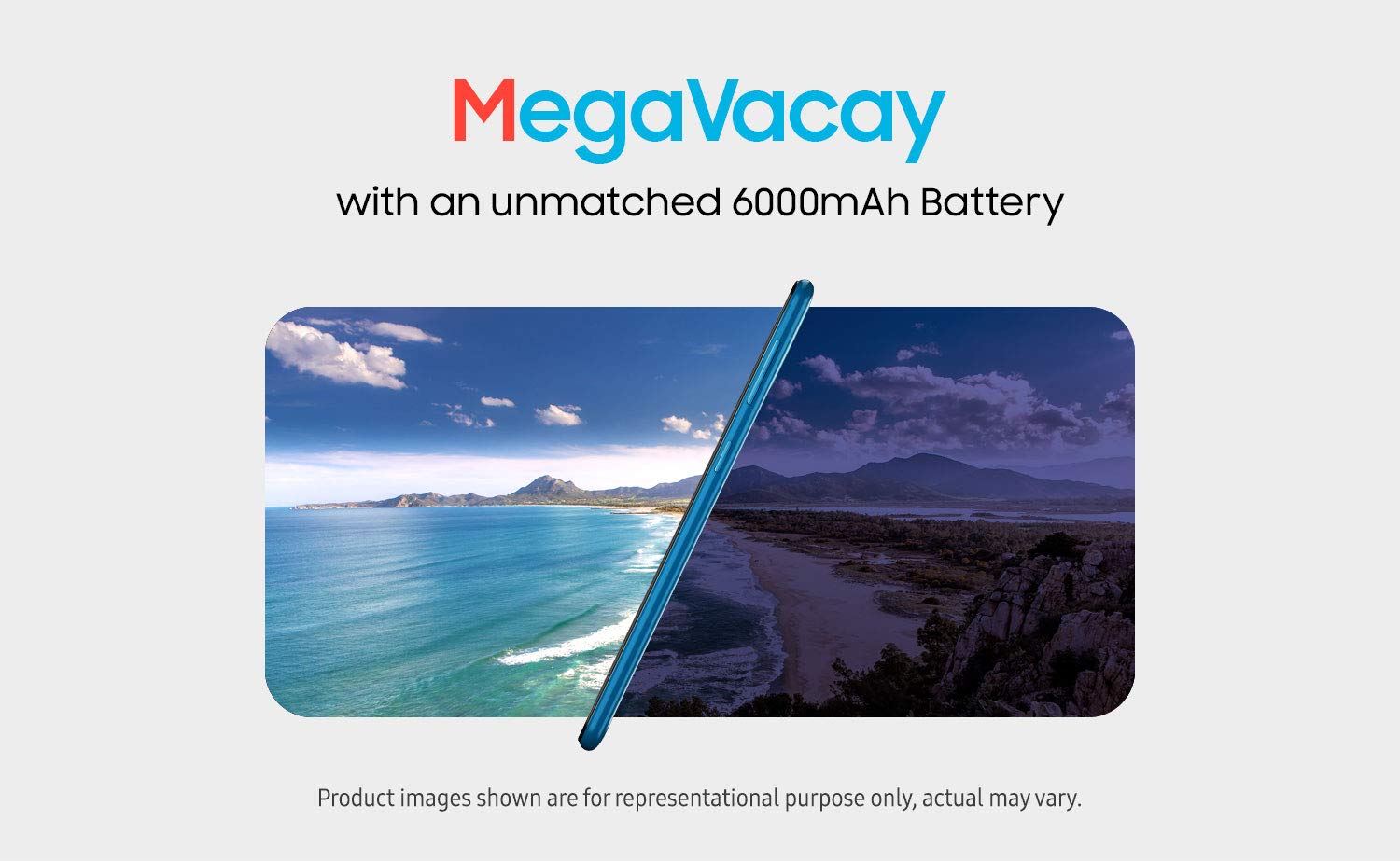 As we already know, there is a primary 64 Megapixel rear camera which is definitely the Samsung GW1 sensor. The battery underneath is a massive 6,000mAh unit, just like the Galaxy M30s.

So, at what price do you think Samsung should launch the Galaxy M31? Do let us know via the comments section below.