The phone is a slightly tweaked version of last year's M21

Samsung Galaxy M21 launched in March last year, featuring the Exynos 9611 chipset, a Super AMOLED panel, a massive 6,000mAh battery, and more, for a starting price of Rs 12,999. Now, the company is releasing the same phone again with some tweaks as the Samsung Galaxy M21 2021 Edition. The phone will be unveiled on the 21st of July & it is one of the launches happening during Amazon India’s Prime Day sale.

Now, Amazon has revealed the key details of the device as the official page of the phone is now live on the website. 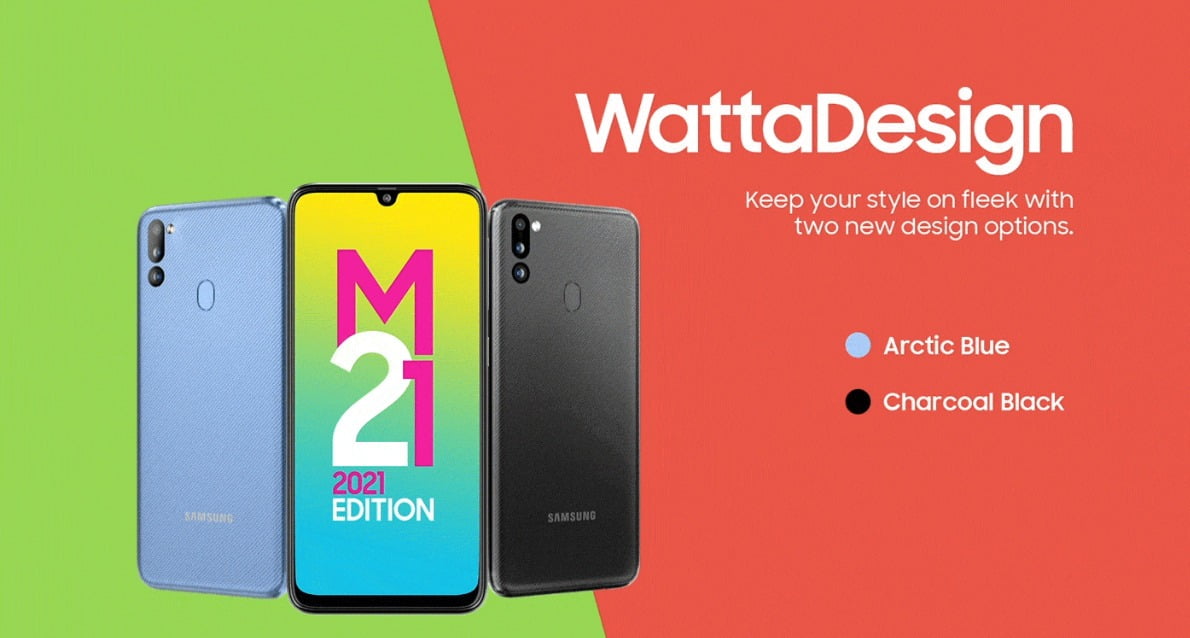 Design-wise, the camera module gets a new design, so there is no longer a rectangular camera module on the rear with all three cameras in it. The fingerprint scanner is still there on the back and is still having an oval shape. The back panel seems to have a textured finish that will help to get a good grip & also reducing the fingerprints that would otherwise show up on the plain shiny plastic back.

The front design remains the same as last year, so there is a U-shaped notch on the top.

Speaking of the specifications revealed via the Amazon page, Samsung Galaxy M21 2021 Edition has a primary 48 Megapixel Samsung GM2 sensor on the rear. So that’s an upgrade over the last year’s model. The display size is the same i.e., 6.4-inch & it is the same Full-HD+ Super AMOLED panel.

It is expected that the rest of the specs of the Galaxy S21 2021 Edition are the same as last year’s M21. So, there is an Exynos 9611 chipset, an 8 Megapixel ultrawide camera paired with a 5 Megapixel depth sensor on the rear, a 20 Megapixel selfie camera, 15W charging, OneUI, and more.