A new Galaxy “F” series phone is launching in the Indian market soon named the Samsung Galaxy F22. It will be unveiled on the 6th of July, and as the name suggests, pricing-wise, it would be priced higher than the Galaxy F12, which currently sells for Rs 10,999. The main highlights of the Galaxy F22 include a 90Hz AMOLED, a massive 6,000mAh battery & a 48 Megapixel Quad camera setup. 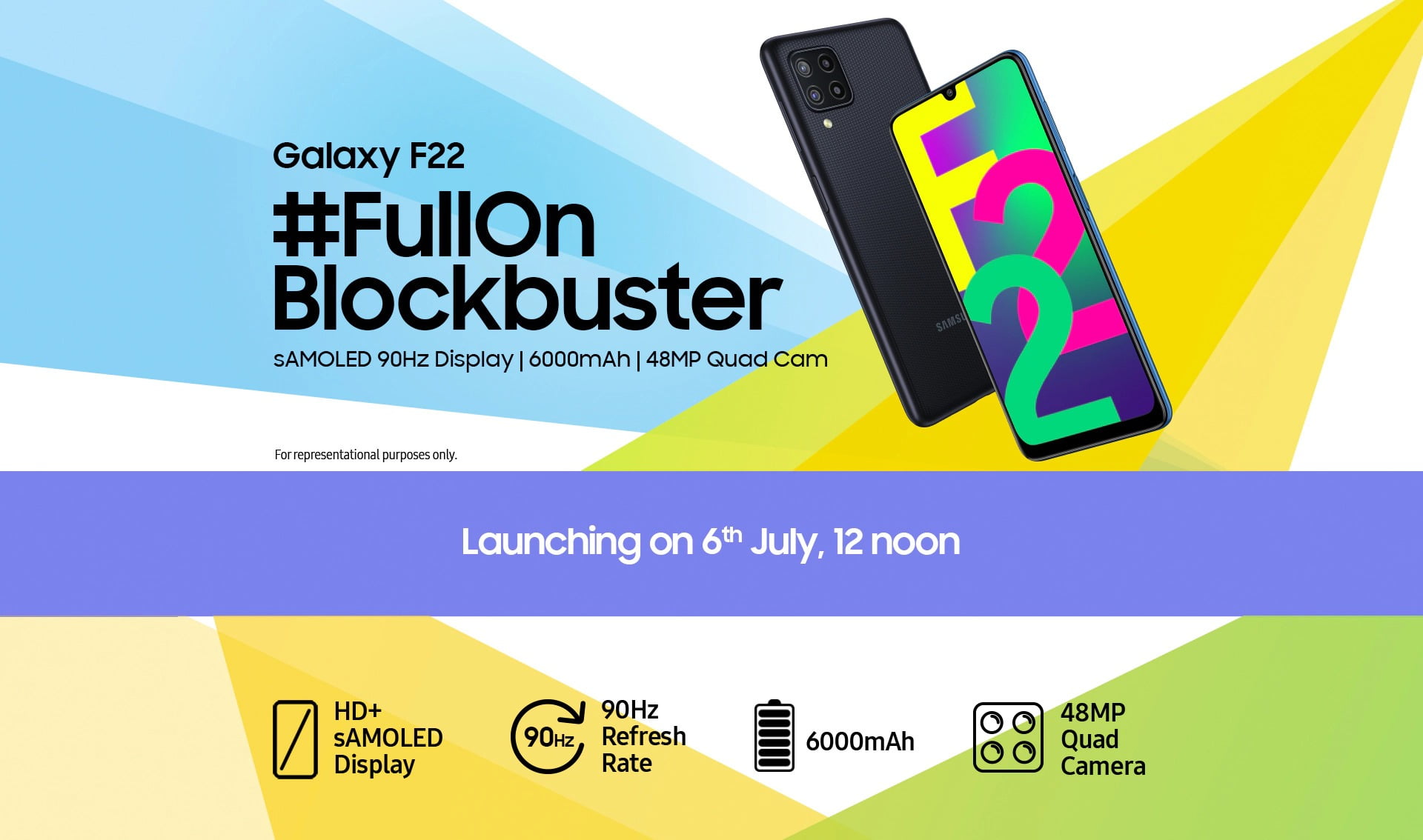 Design-wise, the phone is quite similar to the Galaxy A22. There is the same waterdrop notch on the front and a square-shaped camera module on the rear with four cameras. But as we know already, the Galaxy A22 will get its separate launch event, so the Galaxy F22 cannot be the same phone as the A22. There are some differences in the specs. 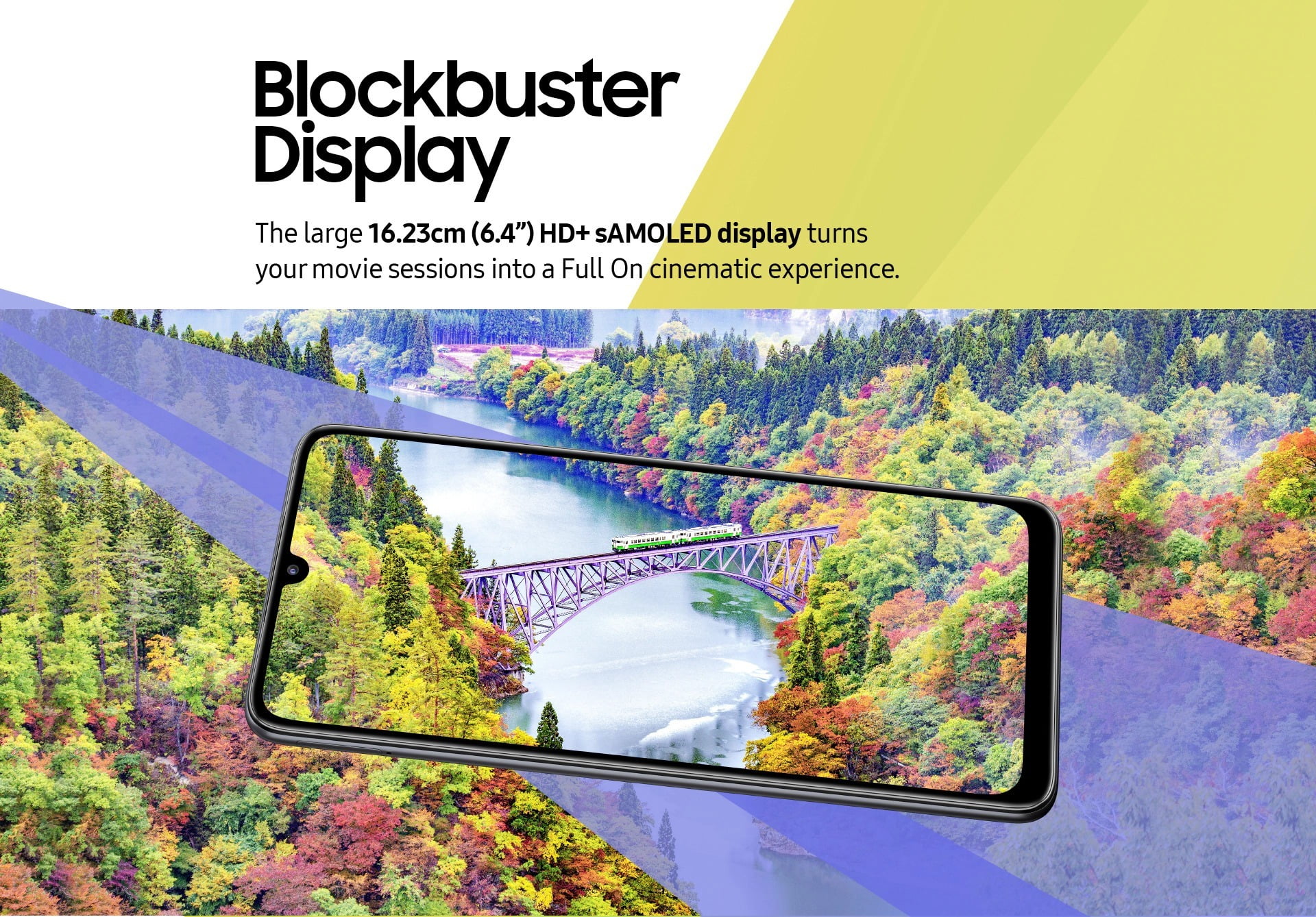 Samsung Galaxy F22 has the same 6.4-inch 90Hz SUPER AMOLED as on the Galaxy A22. In fact, the resolution remains unchanged as well at 720p. There is a big chin on the bottom and an old-school notch on the top where the selfie shooter is placed. 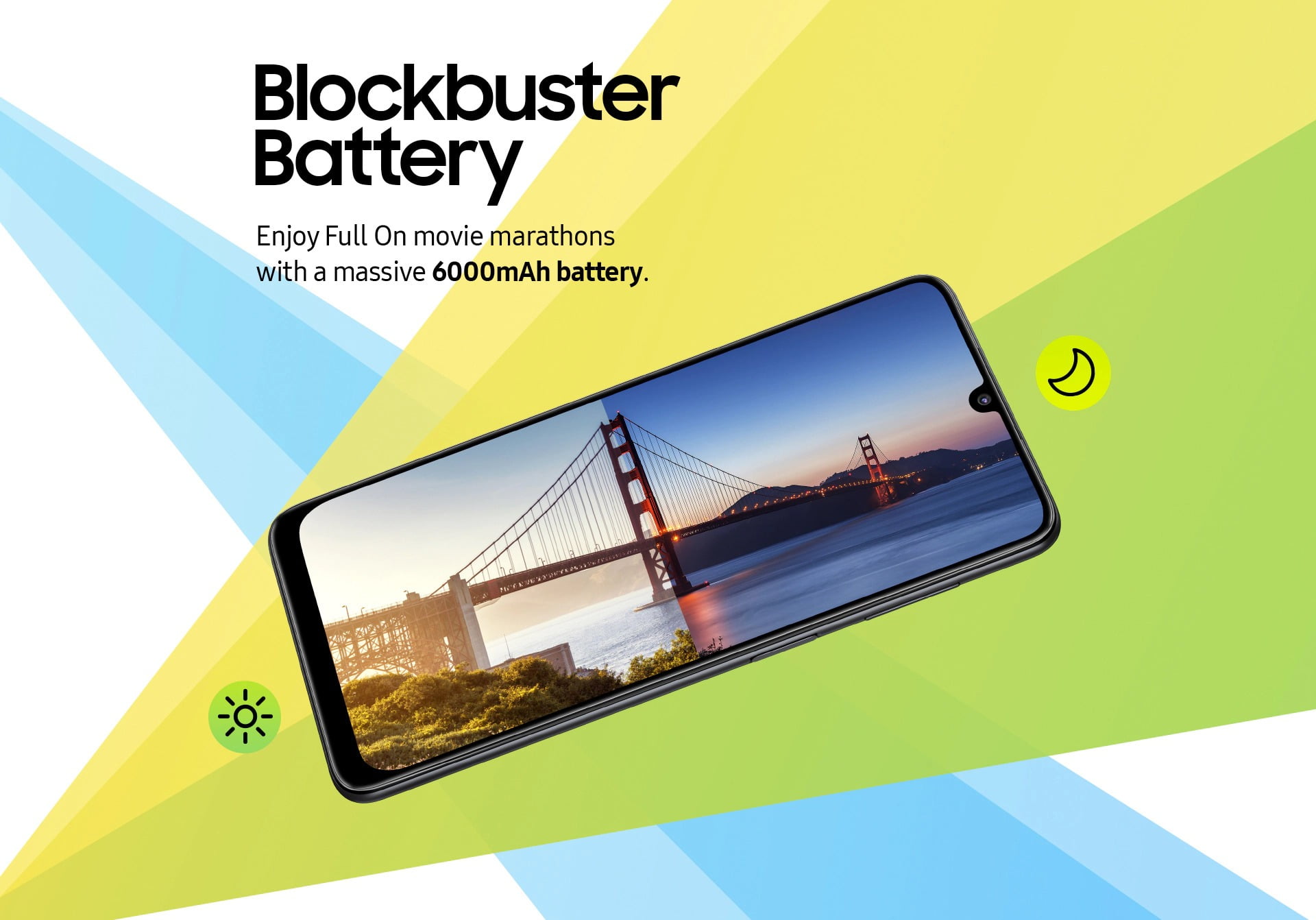 While the Galaxy A22 has a 5,000mAh battery, the Galaxy F22 gets a massive 6,000mAh unit that can be charged rapidly, thanks to 15W fast charging support. 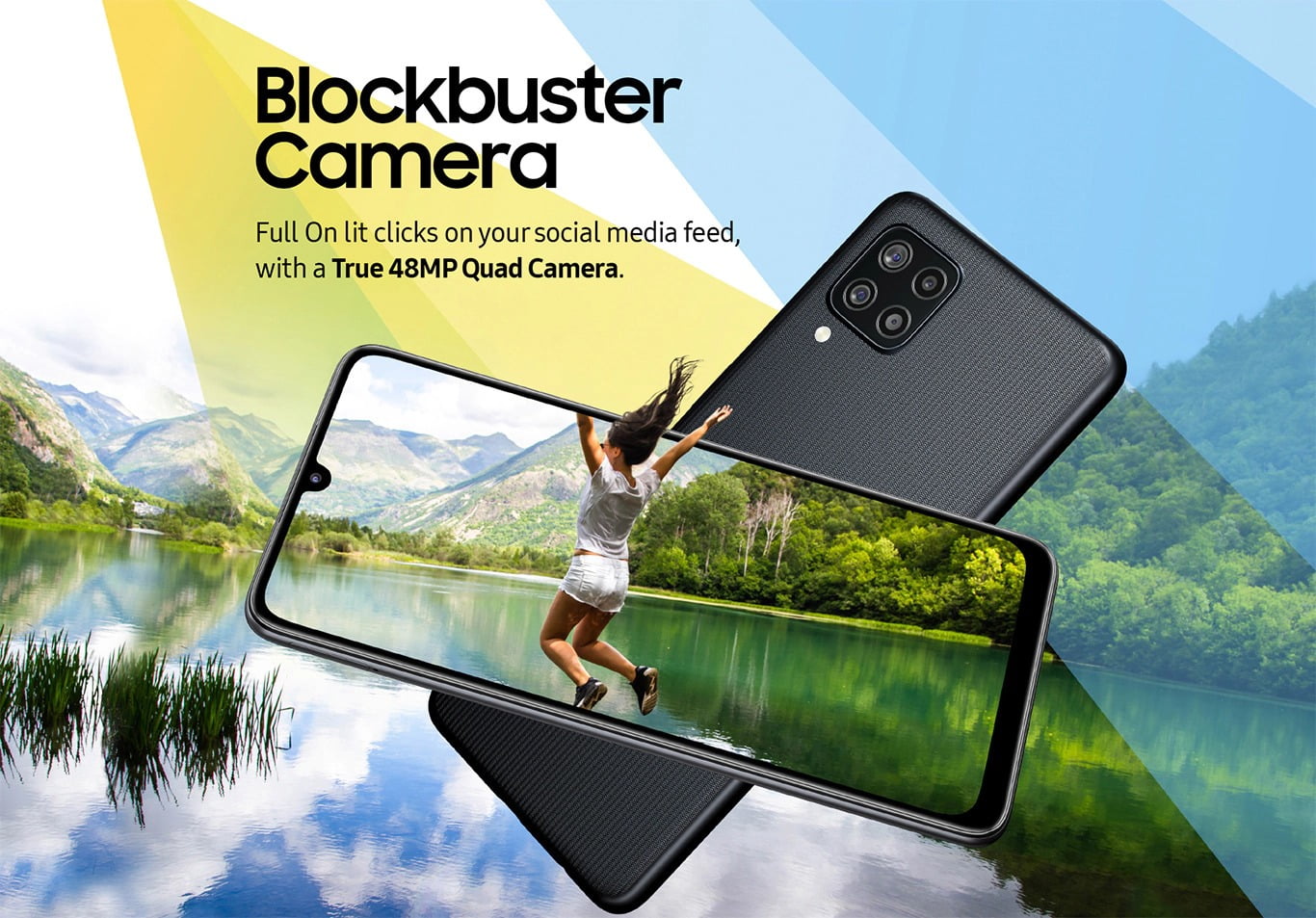 Finally, there is a Quad camera setup on the back that includes a 48 Megapixel primary sensor. Samsung is teasing the camera sensor by calling it the “True 48MP Quad Camera”. The same was said for the 48MP sensor on the Galaxy F12, which turned out to be Samsung’s ISOCELL GM2 camera sensor. So, we are expecting the same to be the case with the Galaxy F22.

Now, one thing worth noticing is that the Galaxy A22 has a 48 Megapixel camera with OIS, but we are not sure if the same will be the case with the Samsung Galaxy F22.

The launch is not far, so we will get to know the pricing soon. Stay Tuned!