Finally, we have the very first smartphone with a display hole for the front-facing camera. No, it is not a phone from Oppo, Weibo or Huawei. In fact, Samsung is the first to launch a device with an Infinity-O display, i.e., a display with a circular cutout for the front camera. The Samsung Galaxy A8s launched in China today, and the phone features a triple camera setup on the rear, a premium design and more. 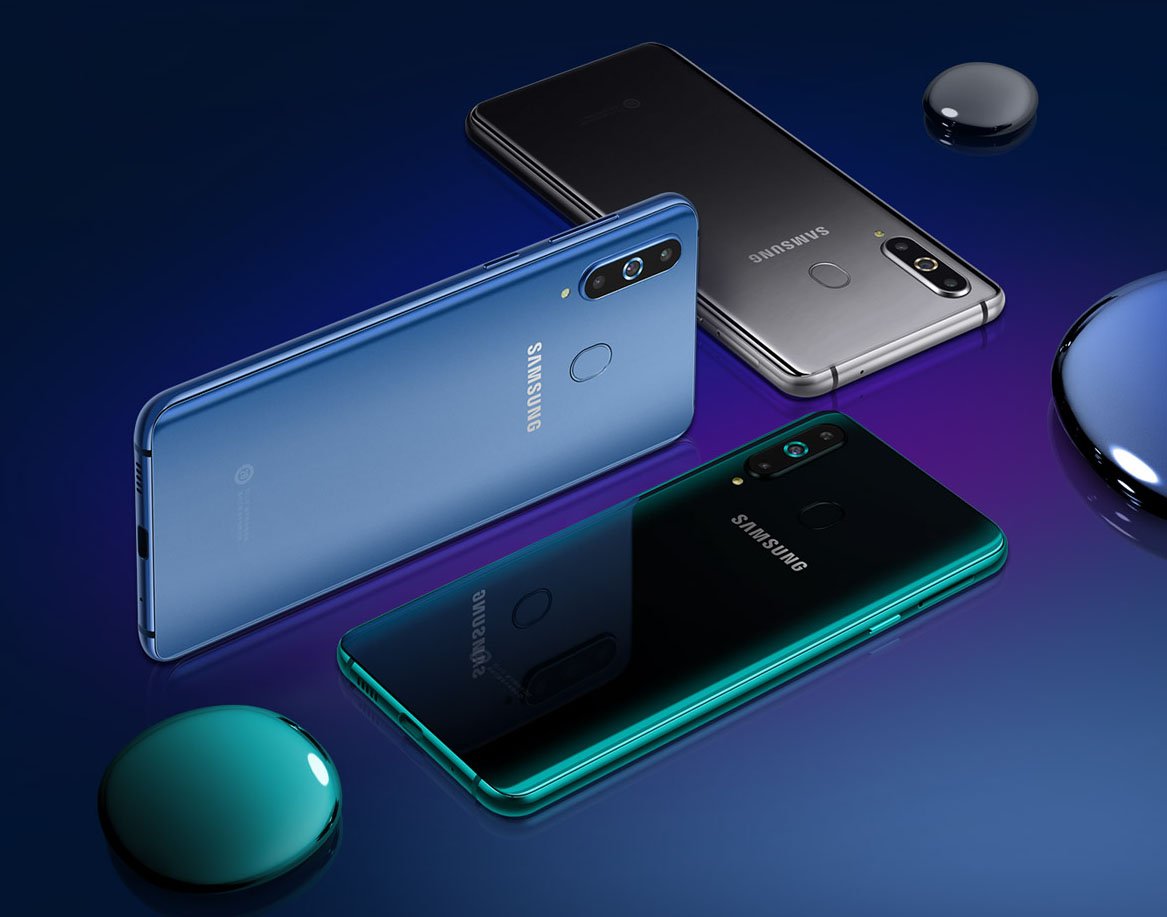 The Samsung Galaxy A8s has a gradient design, and there is glass on the rear and the front. This, along with the metal frame on the side, makes it a premium looking smartphone. For the very first time, we have a smartphone from Samsung with no 3.5mm headphone jack. This is pretty weird since the next year’s Galaxy S10 lineup is rumored to have it.

The USB Type-C port is placed on the bottom along with the single speaker grill. The power button and the volume rockers are on the right, whereas the SIM card tray and the dedicated Bixby button are on the left. Like all the Android phones with an edge-to-edge design, the Galaxy A8s has a noticeable bottom chin. The triple camera setup is present on the rear, and so is the fingerprint scanner. 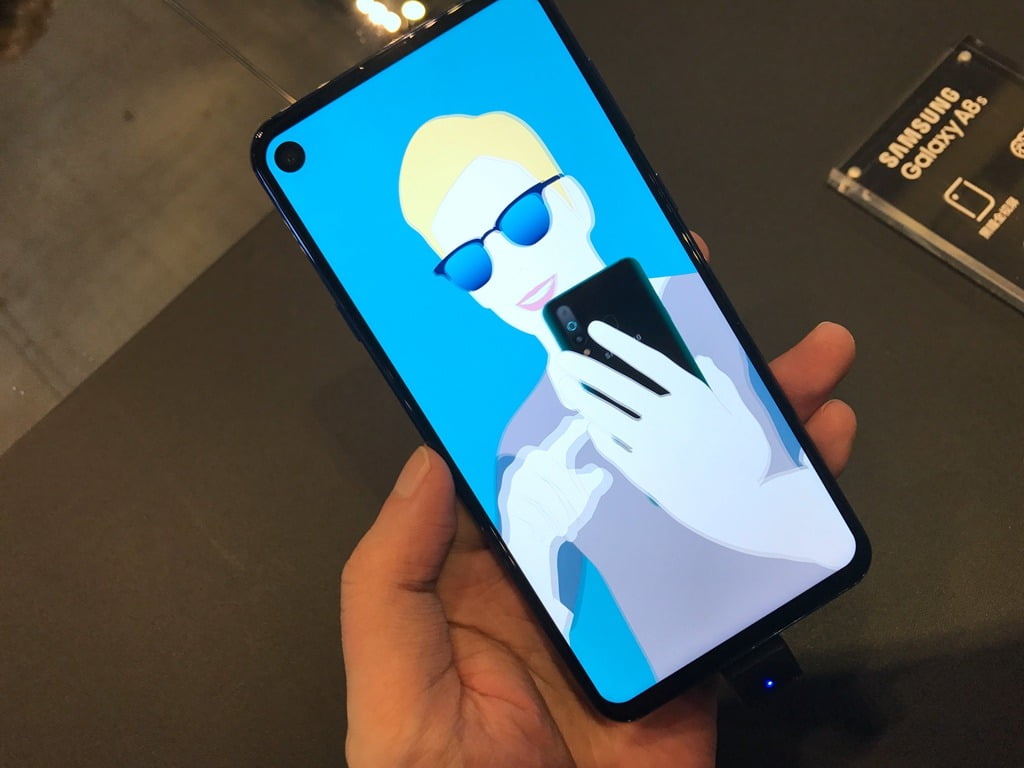 Coming to the specifications, the Samsung Galaxy A8s has a 6.39-inch Full-HD+ LCD panel with an aspect ratio of 19.5:9. The processor powering the device is the 10nm Qualcomm Snapdragon 710, along with Adreno 616 GPU. There is 6/8GB RAM and 128/256GB internal storage. 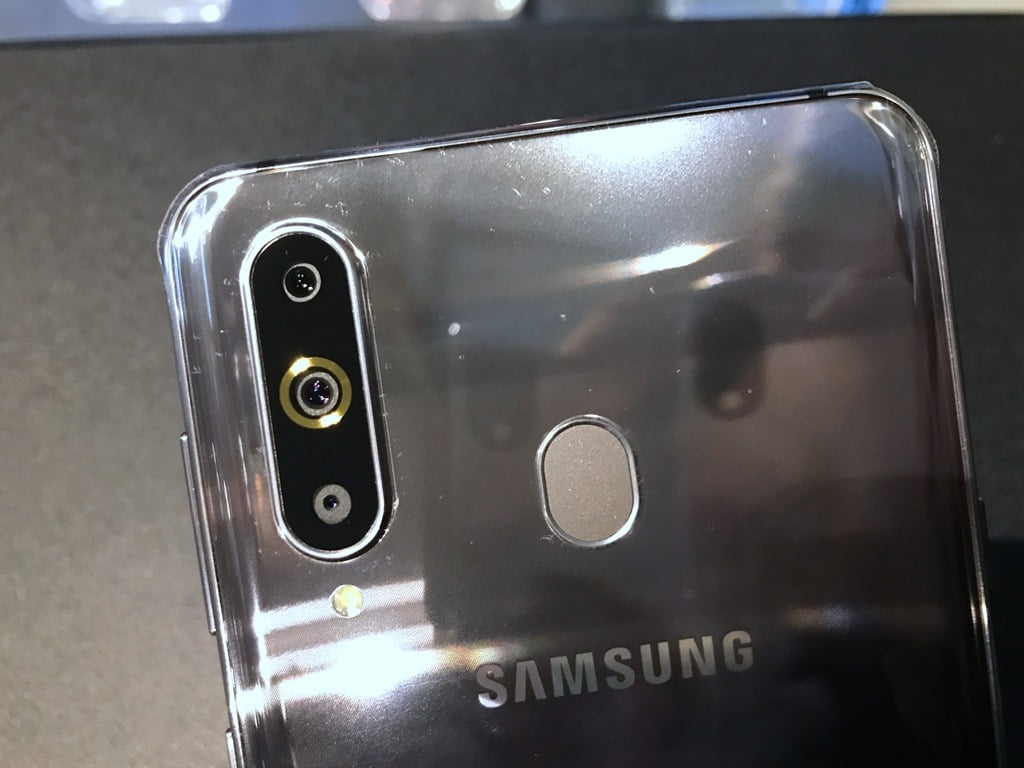 There are triple rear cameras that include a primary 24MP sensor with a f/1.7 aperture, a 10MP telephoto lens with f/2.4 aperture & 2X Optical ZOOM, and a 5MP depth sensor with a f/2.2 aperture. On the front, there is a single 24MP camera placed in the circular cutout on the top left of the screen. 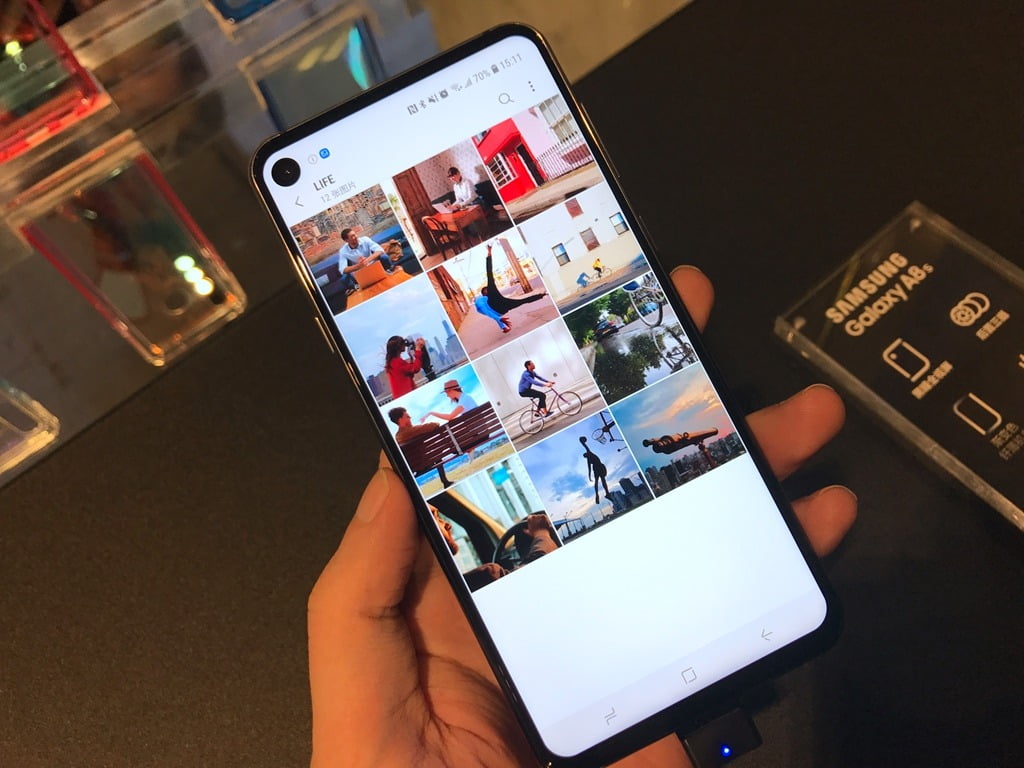 Android 8.1 Oreo comes out of the box with Samsung’s skin on top, and there is a 3,300mAh battery underneath.

The pricing of the Samsung Galaxy A8s is not yet known but the pre-orders have started, and the sale is starting on December 21 in China.