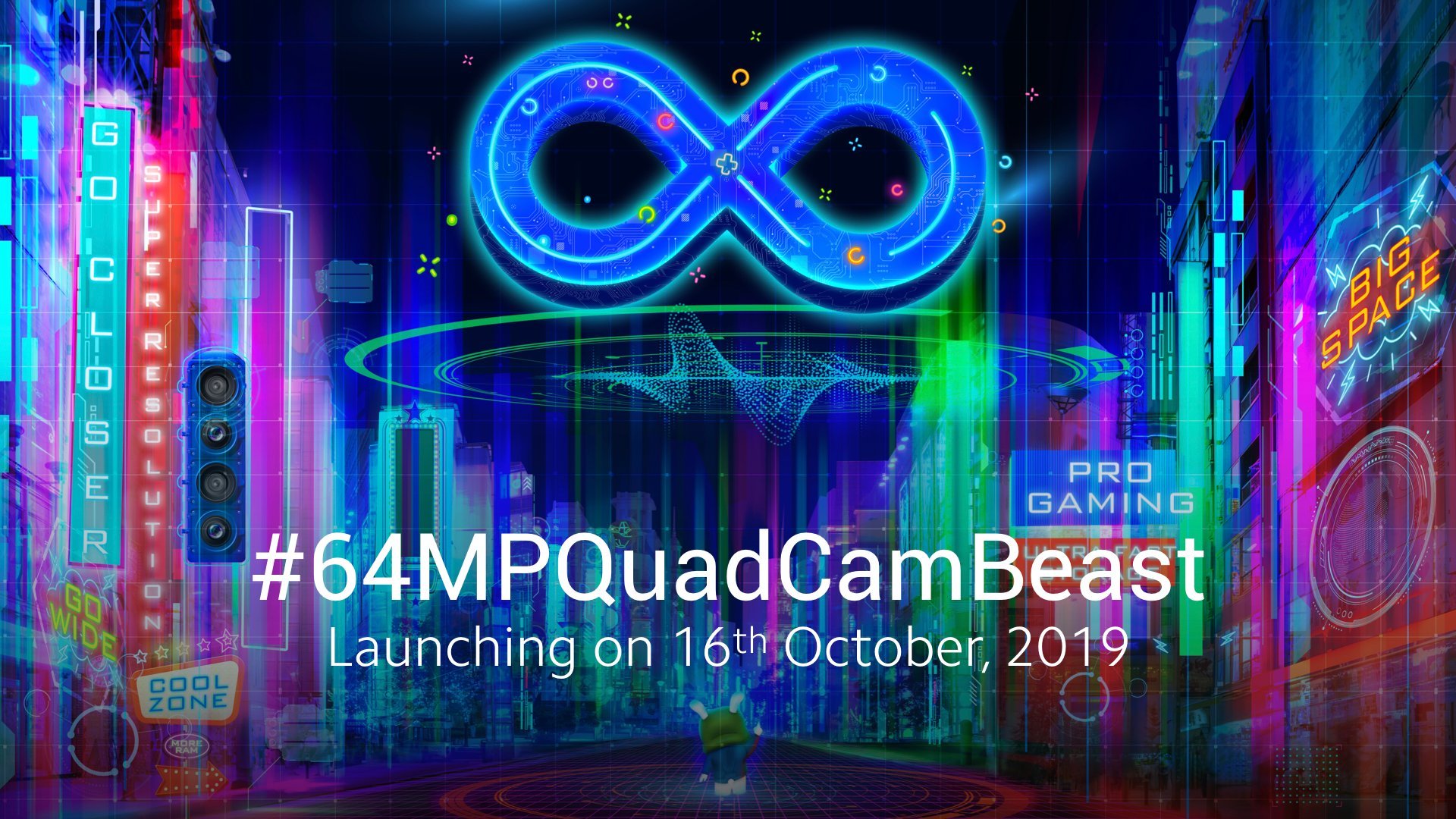 The teaser posted by the official twitter handle reveals things like a 64MP Quad camera setup, Wide-Angle camera, Macro Lens, Pro Gaming, Ultra-Fast Storage etc. These are all related to the Redmi Note 8 Pro since that phone has a Quad camera setup with a primary 64MP camera on the rear, a secondary wide-angle camera, a dedicated macro lens, gaming-centric MediaTek Helio G90T SOC, UFS 2.1 storage & more.

There is a 6.43-inch Full-HD+ LCD screen with a waterdrop notch. Now, since it is not an AMOLED panel, there is a fingerprint scanner on the rear instead of under the display. The MediaTek Helio G90T is an absolute beast when it comes to the performance & easily beats the likes of Snapdragon 710 & 712.

Talking about that Quad camera setup in detail, there is a primary 64MP camera with Samsung GW1 sensor, a secondary 8MP ultra-wide-angle camera, a 2MP Depth sensor & a 2MP Macro lens. On the front, there is a 20MP camera.

The Redmi Note 8 Pro is the Note series phone with the biggest battery since it has a 4,500mh battery & also supports 18W Fast Charging. Not only this, but the phone also comes with 18W Adapter in the box.

Motorola One Macro launched in India, priced at Rs 9,999