The company also revealed the starting price on Weibo 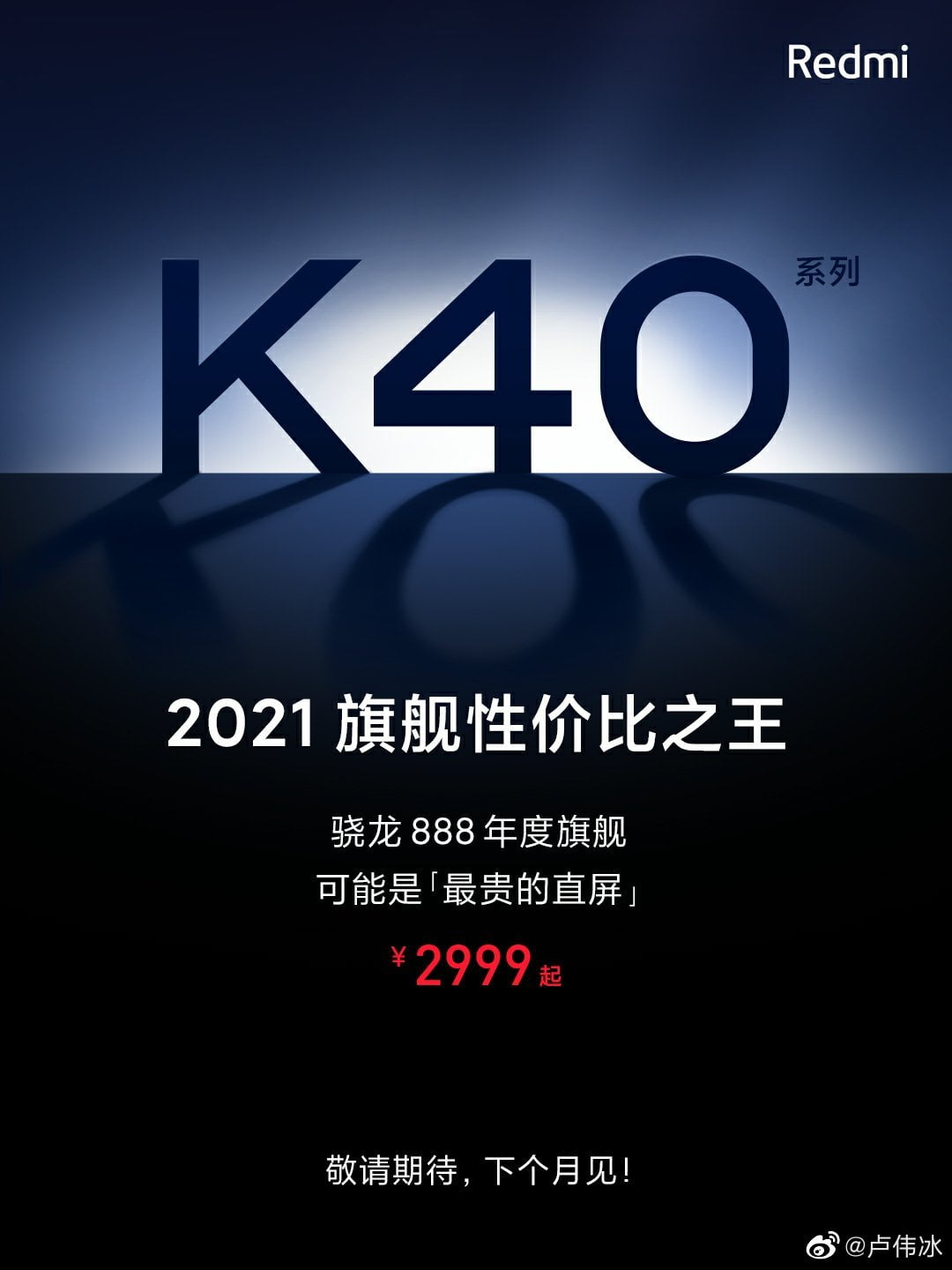 This shouldn’t come as a surprise since the Redmi K20 Pro launched with the Snapdragon 855 and the Redmi K30 Pro with Snapdragon 865, the most powerful Qualcomm SOCs at the time of their launch. Apart from this, the company said that the Redmi K40 Series is coming with a flat display, but it will be one of the most expensive flat panels in the industry. So we can expect at least the Redmi K40 Pro to feature a high-end AMOLED panel like in the case of the Xiaomi Mi 11. We also got to know that the battery underneath is bigger than 4,000mAh.

Last year in December, we got a leak that revealed the design of Redmi K40 via some live images, and those images revealed a flat display with a centered hole-punch cutout and a Quad camera array on the rear. We already know that both the K40 & K40 Pro have high-refresh-rate panels and not like last year where the K30 offered a 120Hz LCD, but the K30 Pro had a 60Hz AMOLED.

Well, we are only ten days into 2021, and already, we have got a couple of Snapdragon 888-powered phones and also a ton of leaks of the upcoming devices. Stay Tuned for more details.