In December last year, Redmi K30 went official in China with a starting price of 1,599 Yuan and 1,999 Yuan for the 4G & 5G variants respectively. The company has not given a single hint of the Redmi K30 Pro yet & after the confirmation of the existence of Poco F2 this year, there was confusion whether Redmi has any plans to launch a flagship this year or not.

Today, however, a Geekbench listing might just have cleared all the confusions. If this listing is not fake, then this reveals that the Redmi K30 Pro is indeed launching this year. 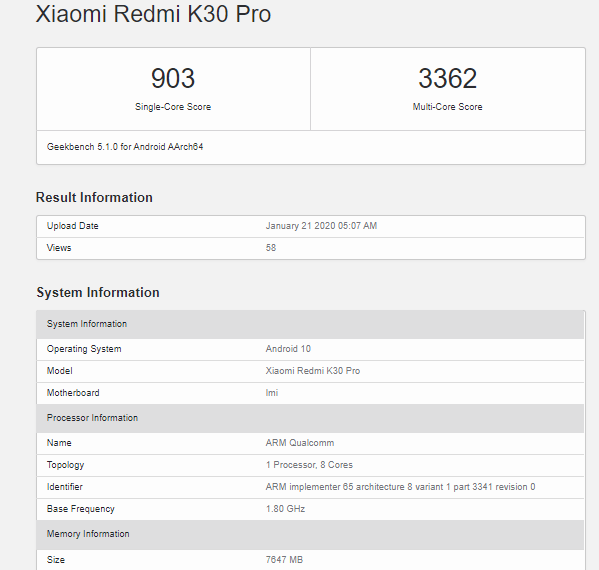 The Geekbench listing also reveals that there is 8GB RAM in the model that was benchmarked. Android 10 runs out of the box.

Like last year, we can expect the design to remain the same as Redmi K30, but still, there could be some surprises. The launch is most likely happening after the launch of Mi 10 series. Stay tuned.