Redmi 9 Power to launch in India on December 17

Almost a couple of week ago, the Redmi Note 9 4G launched in the Chinese market featuring a 6,000mAH battery & the Snapdragon 662 SOC. It looks like Redmi is bringing that phone to the Indian market but with a different name. On the 17th of December, the Redmi 9 Power is launching in India & it is rumoured to be the rebranded Redmi Note 9 4G that launched in China. The main highlight of the phone, as the name suggests, will be its battery. 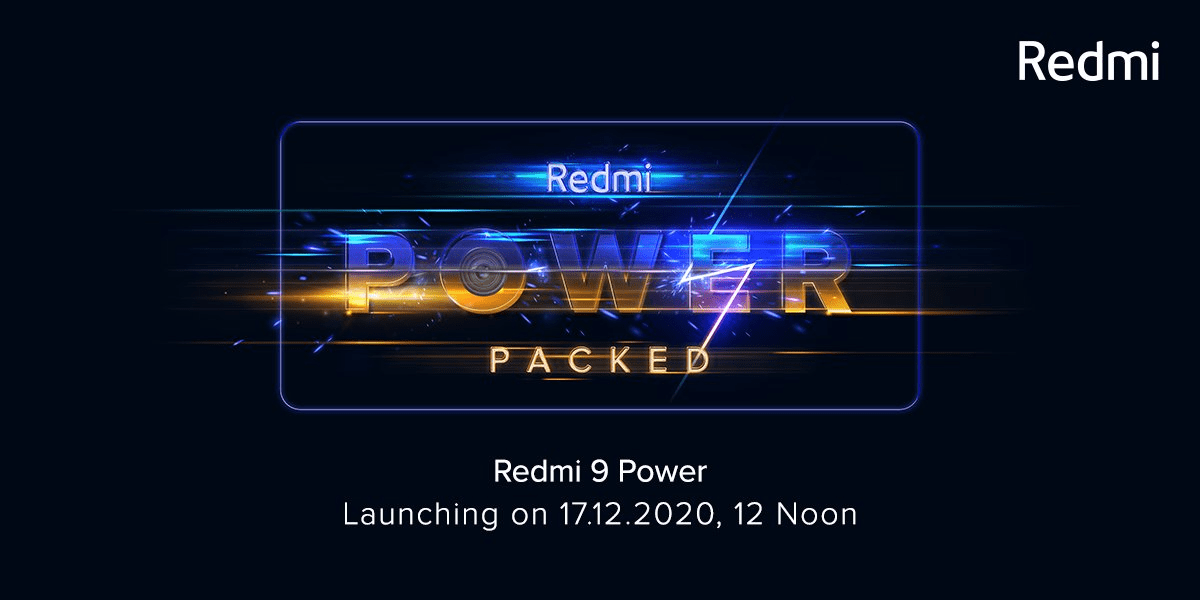 Assuming that there is no change in the specs from the Redmi Note 9 4G, the Redmi 9 Power has a 6.53-inch LCD with Full-HD+ resolution & a waterdrop notch on top. There are Quad cameras on the rear that include a primary 48 Megapixel shooter paired with an 8 Megapixel ultrawide camera & two 2 Megapixel sensors. The main USP of this phone is its massive 6,000mAh battery which can be charged quickly, thanks to the 18W Fast Charging support.

There is an 8 Megapixel camera for selfies & Android 10 based MIUI 12 runs out of the box.

While there is no information on the pricing, the Redmi 9 Power is expected to launch at around Rs 10,000 in India.