Last year in October Realme launched its first-ever flagship smartphone, the Realme X2 Pro, in China. Earlier this year, we got the Realme X50 Pro 5G with high-end specs, and now, Realme is preparing for the launch of Realme X3 SuperZoom, the main USP of which is going to be the 60X Zoom. 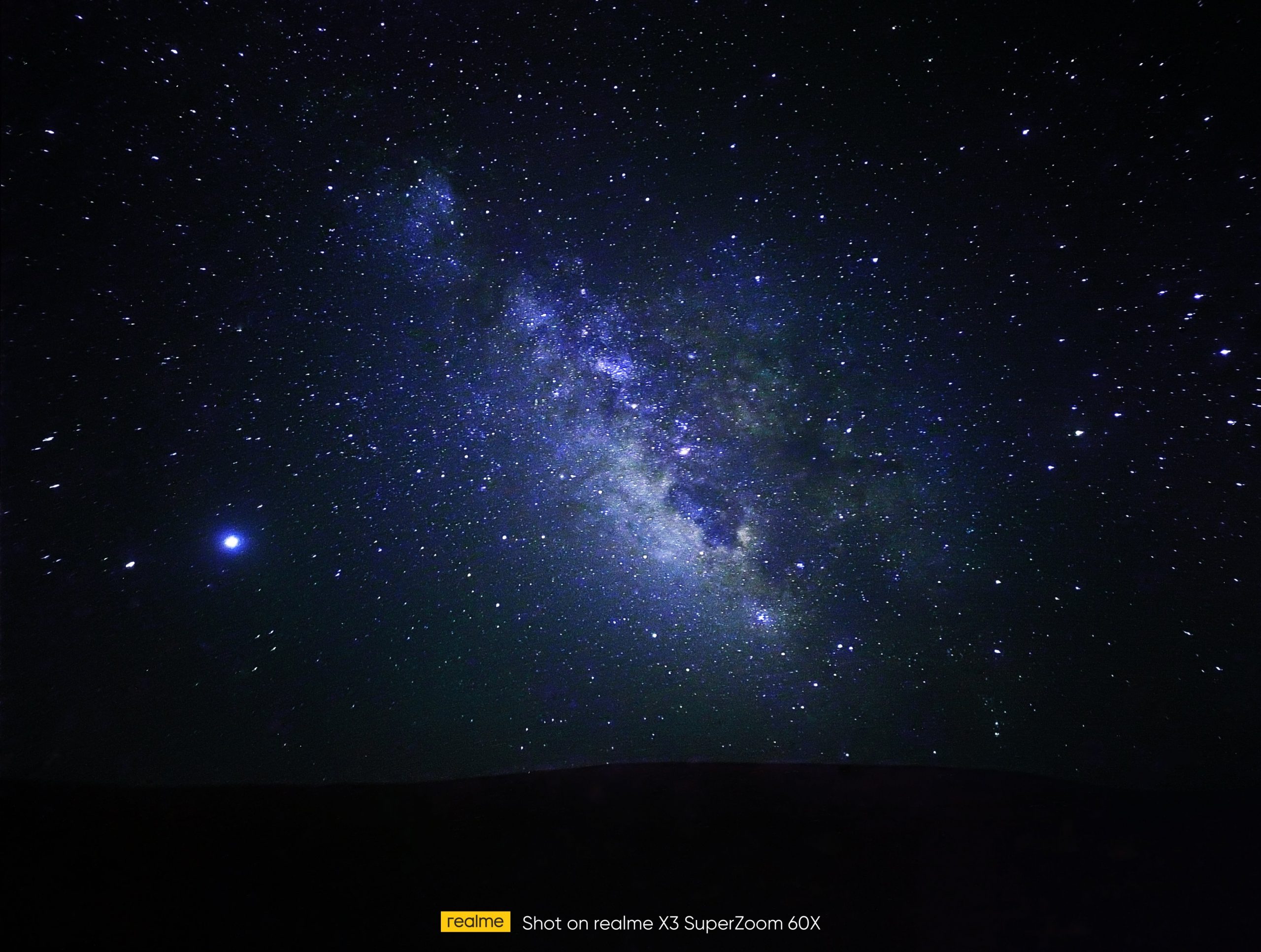 Today, the CEO of Realme, Madhav Sheth, shared the camera sample showing the beautiful starry night sky and hence confirmed the name of the phone. As we can see in the image above, the phone can take impressive images of the milky way at night.

The CEO even asked the followers to take the #realmeSuperZoom challenge to try clicking a better image than above from the smartphone they currently own. This means Realme is pretty confident with the night time photography from the Realme X3 SuperZoom.

Let’s talk about the Zoom for a moment. Realme X2 Pro had a 2X Optical Zoom camera, and hence digital zoom up to 20X. The same was the case with Realme X50 Pro 5G. Hence, to get a digital zoom up to 60X, there needs to be a Telephoto camera with 6X Optical Zoom. So, this means Realme X3 SuperZoom features a periscope camera on the rear, the first on any Realme device.

It is great to see the periscope camera making its way to the affordable flagships. In fact, the Xiaomi Mi 10 Youth Edition launched in China recently that has a Periscope camera with 5X Optical Zoom, and it is a mid-range phone with Snapdragon 765G SOC.

While the full specs of Realme X3 SuperZoom are still a mystery, a geekbench listing last month revealed that there is Snapdragon 855+ SOC instead of Snapdragon 865. If that’s true, then it is definitely done to make the phone as cheaper as possible for the consumers since going for Snapdragon 865 means a higher price.

There is no launch date yet so stay tuned for that.