Realme X is finally official in the Chinese market & no, it isn’t a flagship from the company. It is a mid-ranger that has some features which are first for any Realme device like a pop-up selfie camera, 48MP rear camera & an in-screen fingerprint reader. The price starts at CNY 1,499, which translates to around 220 USD. So, it is yet another mid-range phone from the brand that’s priced aggressively. It is expected to launch outside the Chinese market as well.

Talking about the design, it is a pretty different looking phone from Realme if we compare it to the previous phones from the brand. There is a bezel-less design on the front & this time, there is no notch or cutout on top. This is the first phone from Realme that has a bezel-less design but without a notch. There is, however, a noticeable bottom bezel. 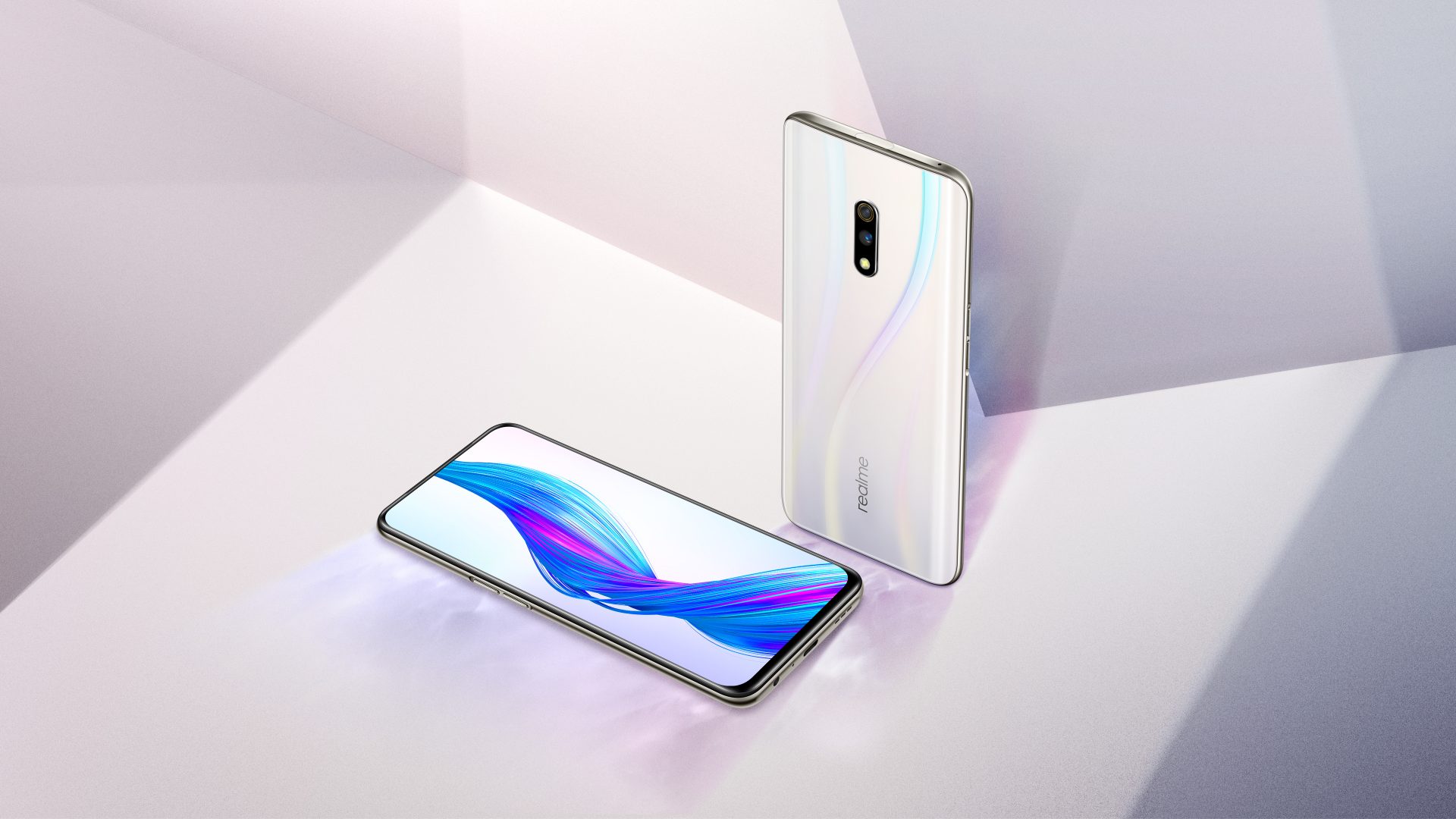 The display on the front is a 6.53-inch Full-HD+ AMOLED panel with 91.2% screen-to-body ratio & 19.5:9 aspect ratio. There is Corning Gorilla Glass 5 on top for the protection. Under the hood, the Realme X has a Qualcomm Snapdragon 710 processor which is a 10nm chip clocked at up to 2.2GHz & featuring an Adreno 616 GPU.

It is the same processor that powers the Realme 3 Pro which launched in India in April. It was rumored that it would launch with all-new Snapdragon 730, but that didn’t happen. The phone has 4/6/8GB LPDDR4X RAM & 64/128GB UFS 2.1 internal storage 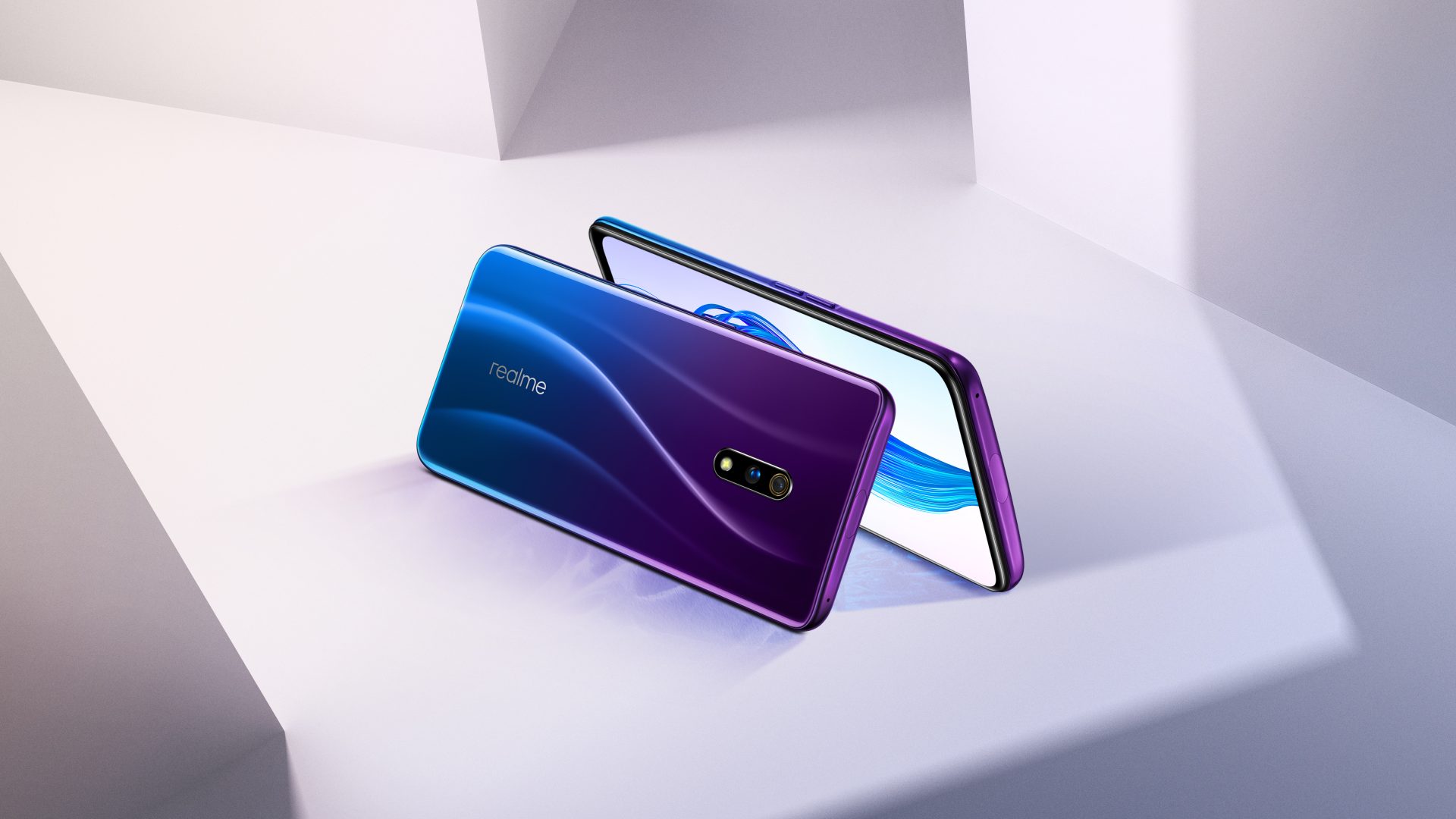 On the front, there is a 16 Megapixel pop-up selfie camera with Sony IMX 471 sensor & this is the same camera as on the OnePlus 7 and OnePlus 7 Pro that launched yesterday. Realme says the pop-up camera can be used up to 50 times a day & the pop-up time is just 0.74s. 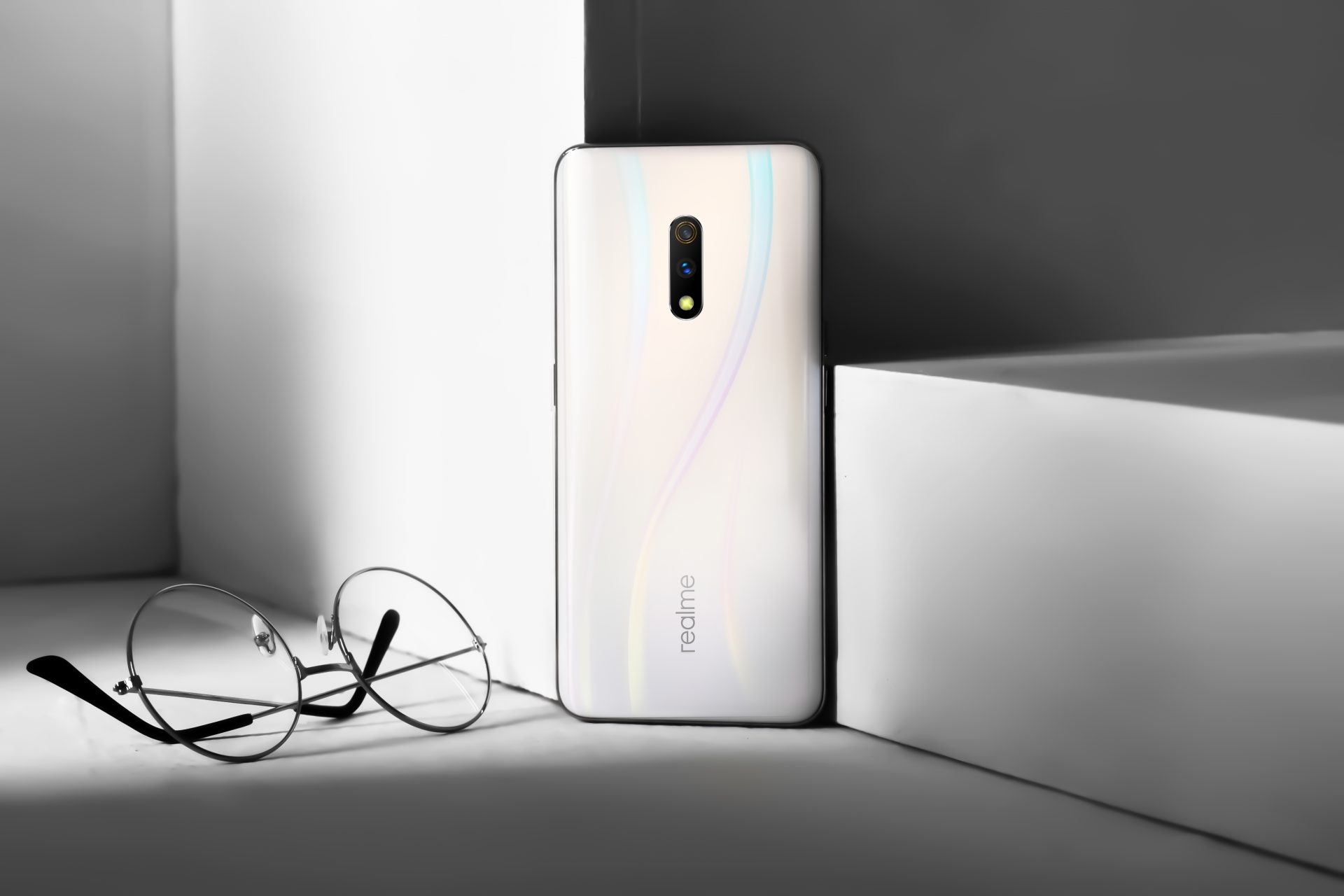 The battery underneath is a 3,765mAh unit that supports 20W VOOC Flash Charge 3.0. The phone has a USB Type-C port for charging. Realme X is the first phone from the brand featuring an in-display fingerprint scanner. It is an optical fingerprint scanner & as per the company, there is a 44% larger sensor which is 28.5% faster than the previous generation.

Android 9 Pie runs out of the box with Color OS 6 on top. Finally, here is the pricing for the Chinese market –

The color options are Steam White & Punk Blue. Apart from these two, there are also a couple of color options inspired by Onion and garlic. Only the 8GB + 128GB variant is available in these color options & it is priced at CNY 1,899 or $275. The sale starts from May 20 in China & the phone will launch in other markets outside China soon.