A couple of days are now left for the launch of Realme X & Realme X Lite in China. We already know that the ” X Lite” is Realme 3 Pro for the Chinese market & the “X” is also a mid-ranger. A week back, the CMO of Realme shared the hands-on image of the X on Weibo that revealed the bezel-less design from the front without a notch or cutout.

Now, the company shared the press render & the live images on the official Weibo page that left nothing to the imagination. 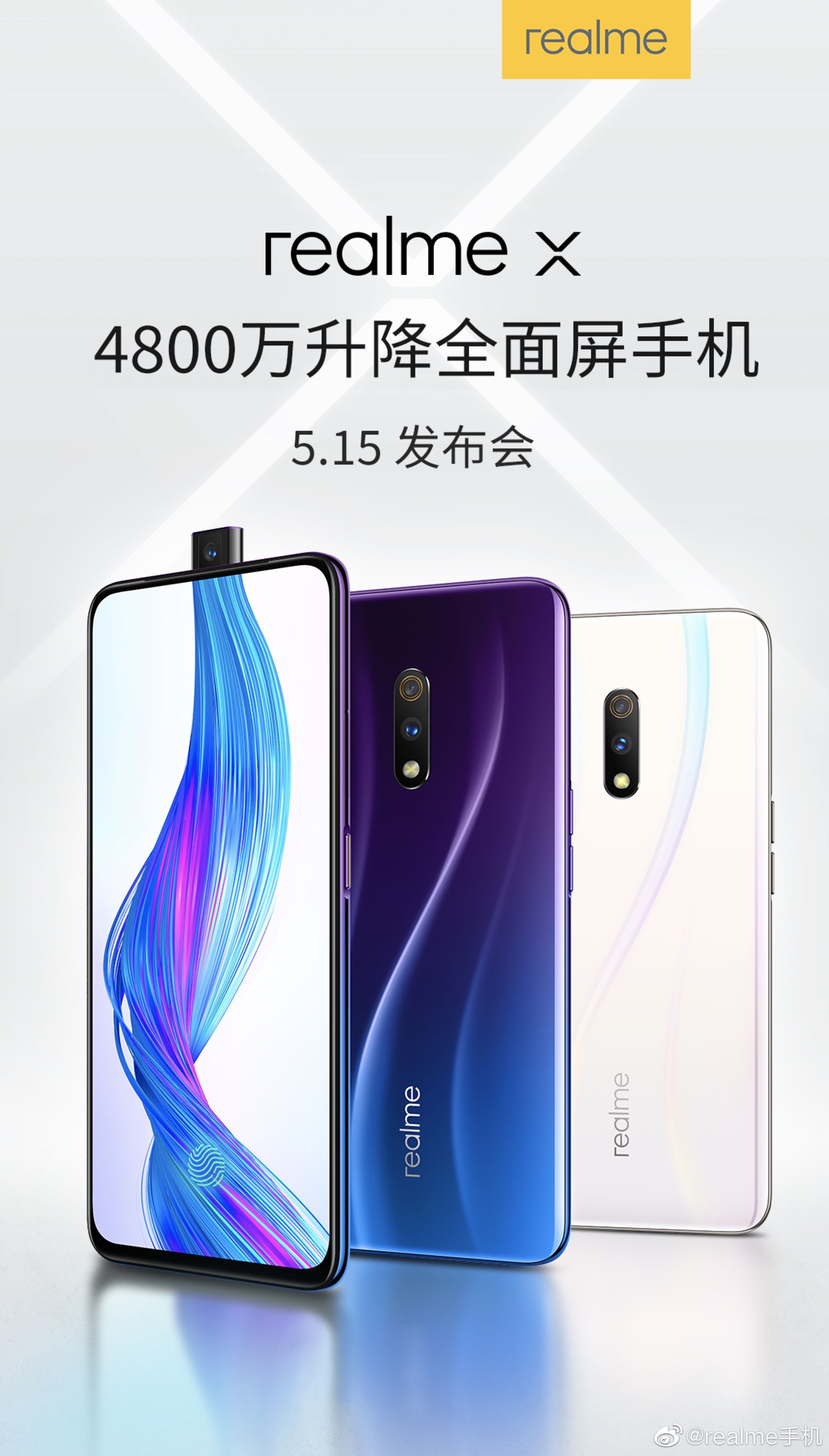 As the image above suggests, the Realme X seems to have real glass on the back instead of polycarbonate as on other Realme phones. There is a bezel-less, notch-less display with a noticeable bottom chin. It is the first Realme device to have an in-display fingerprint scanner & a pop-up selfie camera. On the rear, there are dual cameras placed vertically in the center. The Realme logo is also aligned in the same manner. 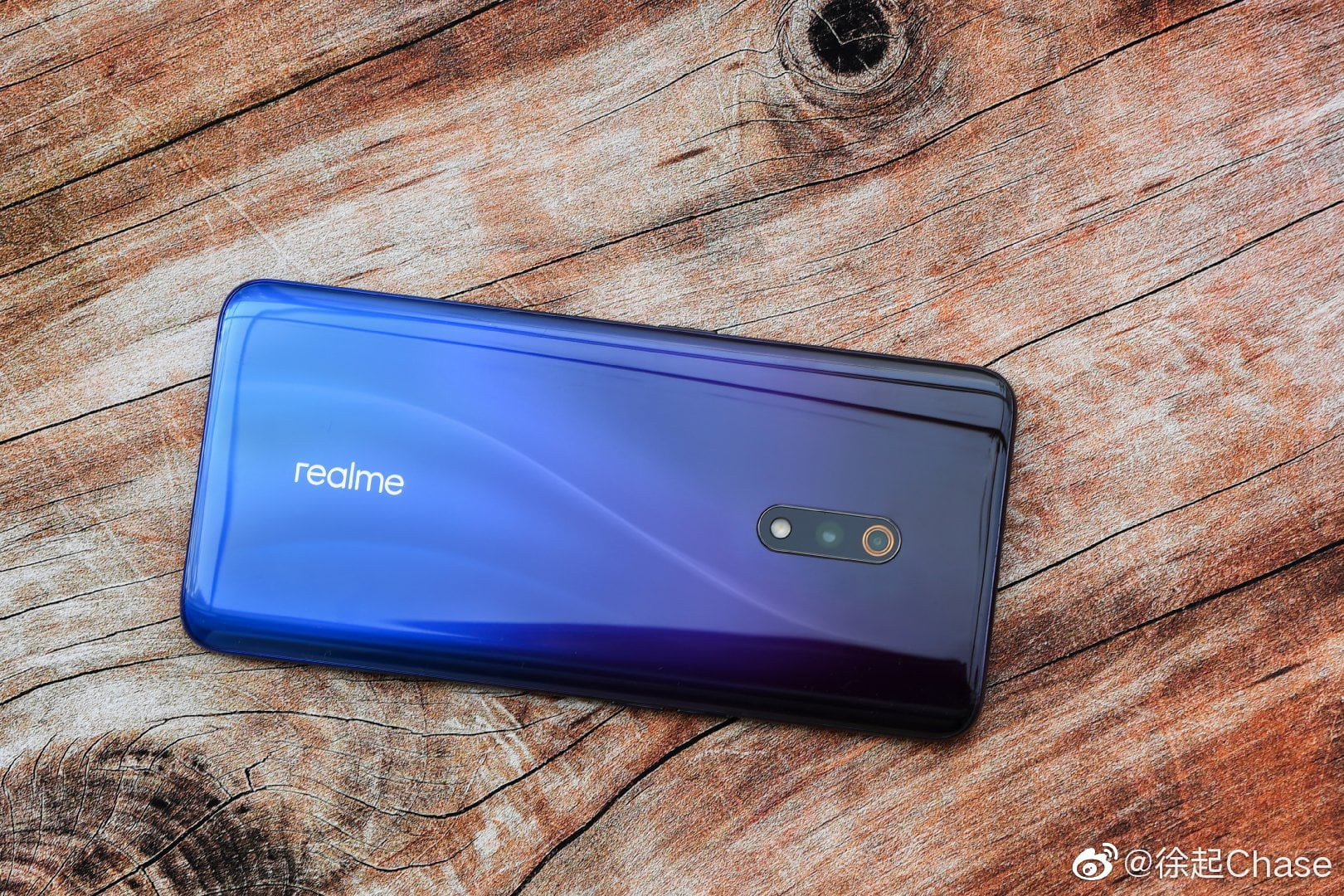 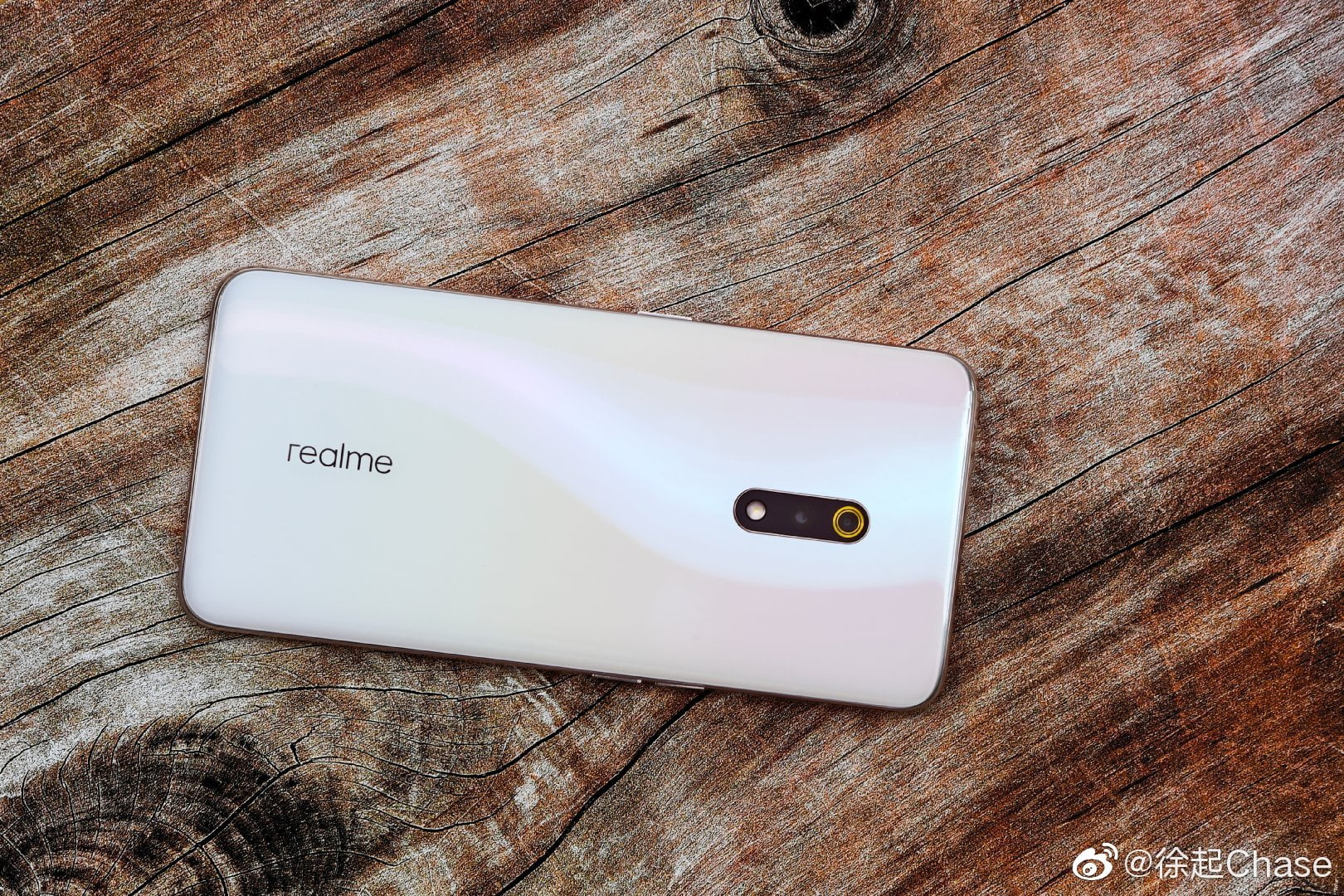 The live images of the Realme X revealed that there are at least two color options – White & Gradient Blue/Purple. According to leaks so far, the phone has a 6.5-inch AMOLED Full-HD+ Display, 48MP + 5MP dual rear cameras, 16MP single front camera, Qualcomm Snapdragon 710 processor (As per Geekbench), & 3,680mAH battery with VOOC 3.0 Flash Charging.

The Realme X is expected to launch in India soon after it launches in China, maybe to compete with the upcoming Mi A3 from Xiaomi. What do you think of the design? Do let us know via the comments section.