One has a Snapdragon SOC while the the other two have Dimensity chipsets! 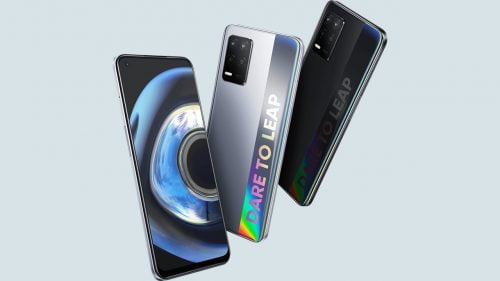 In October last year, the Realme Q2 series went official in China, including three phones named the Q2i, Q2, and Q2 Pro, with the pricing in the same order. Well, now, Realme has launched the Q3 series in China, and just like last year, there are three phones – Realme Q3i, Realme Q3, and Realme Q3 Pro, with the Q3i being the cheapest and the Q3 Pro the most expensive among the three. All these three phones are 5G phones, and while Q3 has Qualcomm Snapdragon SOC, Q3i, and Q3 Pro get Dimensity chipsets. Realme Q2 launched in India as the Narzo 30 Pro, so in the same way, we can expect Realme Q3 to launch in markets outside China with a different name. 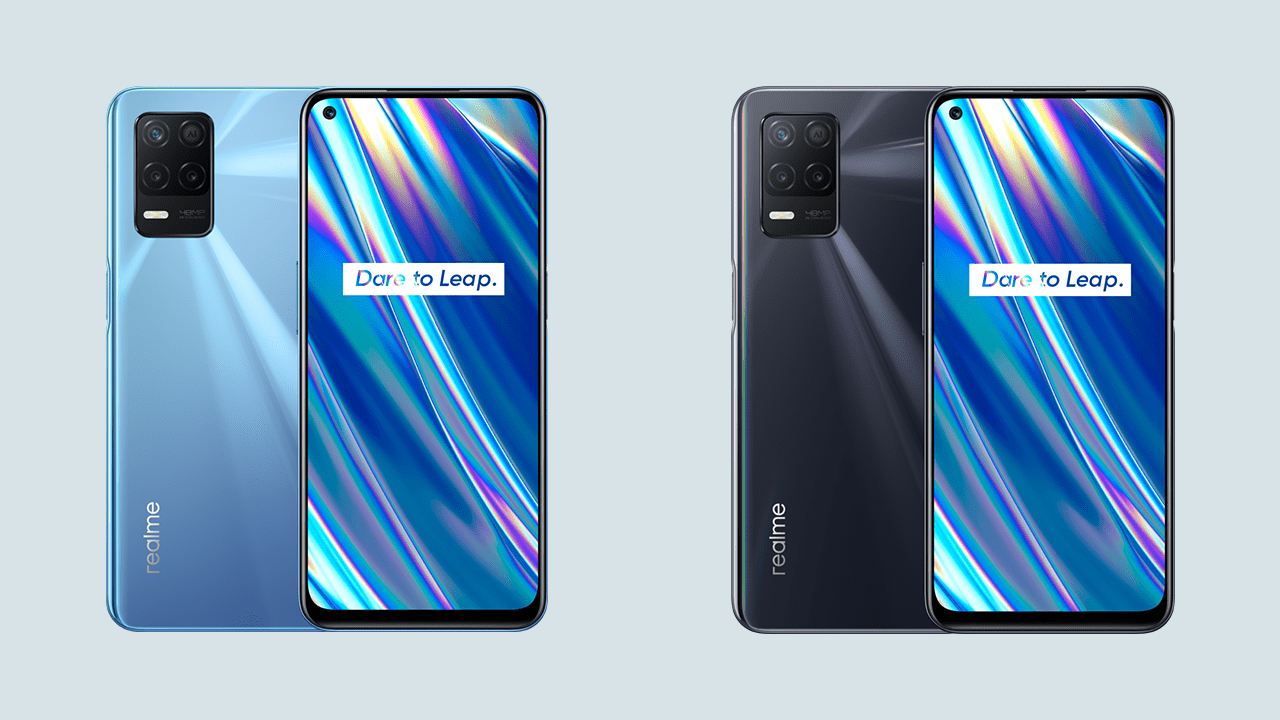 Realme Q3i is the same phone that launched in the Indian market recently as Realme 8 5G. So all that’s different is the name. There is the same design that includes a display with a hole-punch cutout, a camera module with three cameras in it, and a side-facing fingerprint scanner.

There is a 6.5-inch LCD panel with Full-HD+ resolution and a 90Hz refresh rate. Under the hood, the phone has MediaTek Dimensity 700 5G SOC paired with 4GB or 6GB RAM and 128GB UFS 2.1 storage. The storage is expandable, thanks to a triple-card slot that accepts a microSD card of up to 1TB.

The camera setup on the rear includes three shooters – a primary 48 Megapixel sensor, a B&W sensor, and a Macro camera. There is a 5,000mAh battery inside and support for 18W fast charging via the Type-C port. Finally, Realme UI 2.0 based on Android 11 runs out of the box.

Realme Q3i comes in two colors – Blue and Black. There are two storage options, and here is the pricing for China – 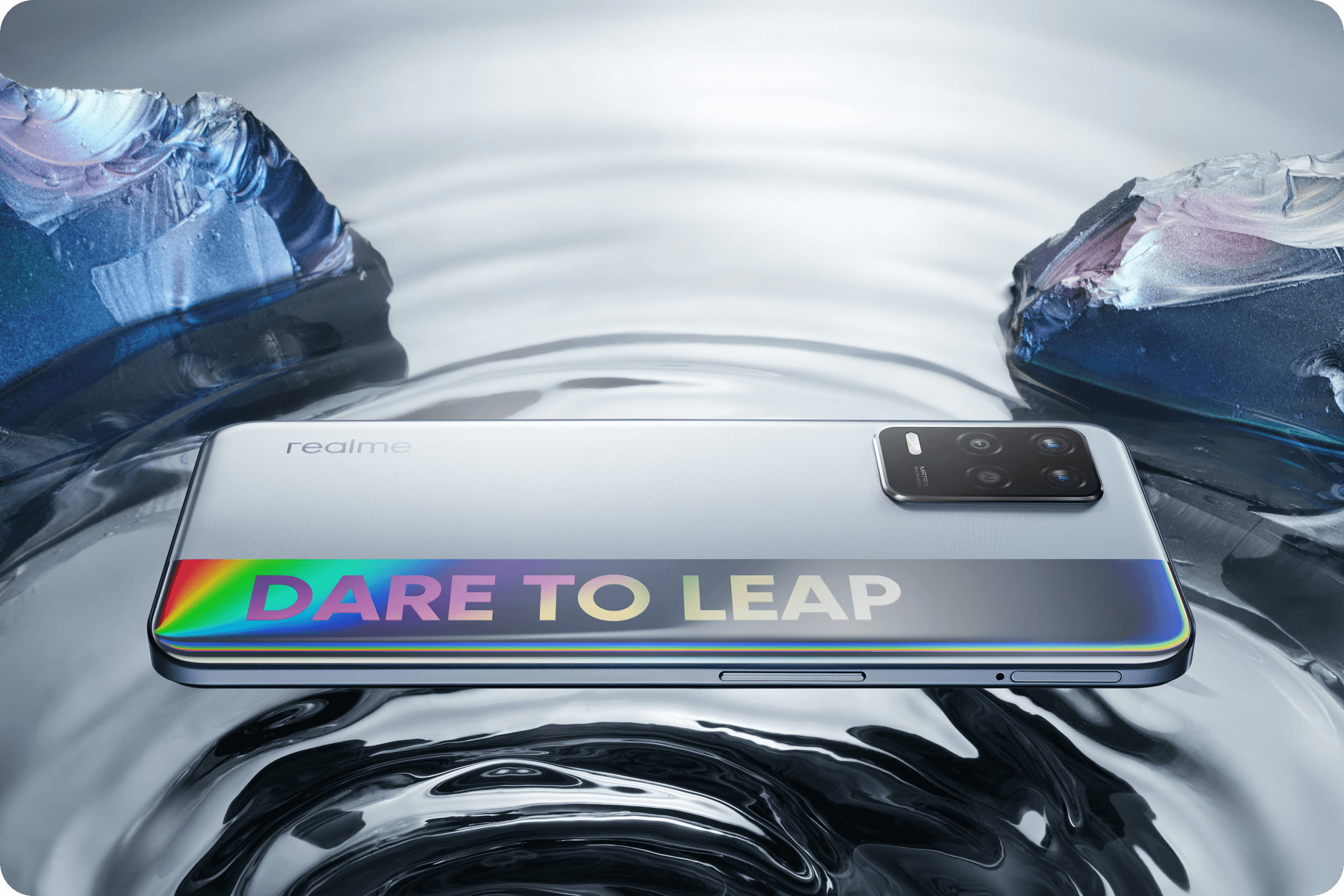 The Realme Q3 sits between the other two devices in terms of the pricing and the feature-set. Design-wise, there is a huge “Dare to Leap” text on the back, and the whole back panel has a two-tone look with a matte-like finish and a shiny strip. The camera module has three cameras, and just like the Q3i, the fingerprint scanner is there on the right side, which doubles as the power button.

Unlike the other two phones of this series that get MediaTek SOCs, the Realme Q3i is powered by Qualcomm Snapdragon 750G, which is based on an 8nm process and has an integrated 5G modem for 5G support. There is 6GB or 8GB RAM along with 128GB storage.

The panel on the front is still LCD, just like in the case of the Q3i, but the refresh rate gets bumped up to 120Hz. The touch-sampling rate is 180Hz. The phone has a 5,000mAh battery inside and supports 30W fast charging.

Speaking of the camera system, the triple camera setup includes a primary 48 Megapixel shooter paired with an 8 Megapixel ultrawide camera and a 2 Megapixel macro camera. There is a 16 Megapixel camera on the front for selfies. Finally, Realme UI 2.0 based on Android 11 runs out of the box. 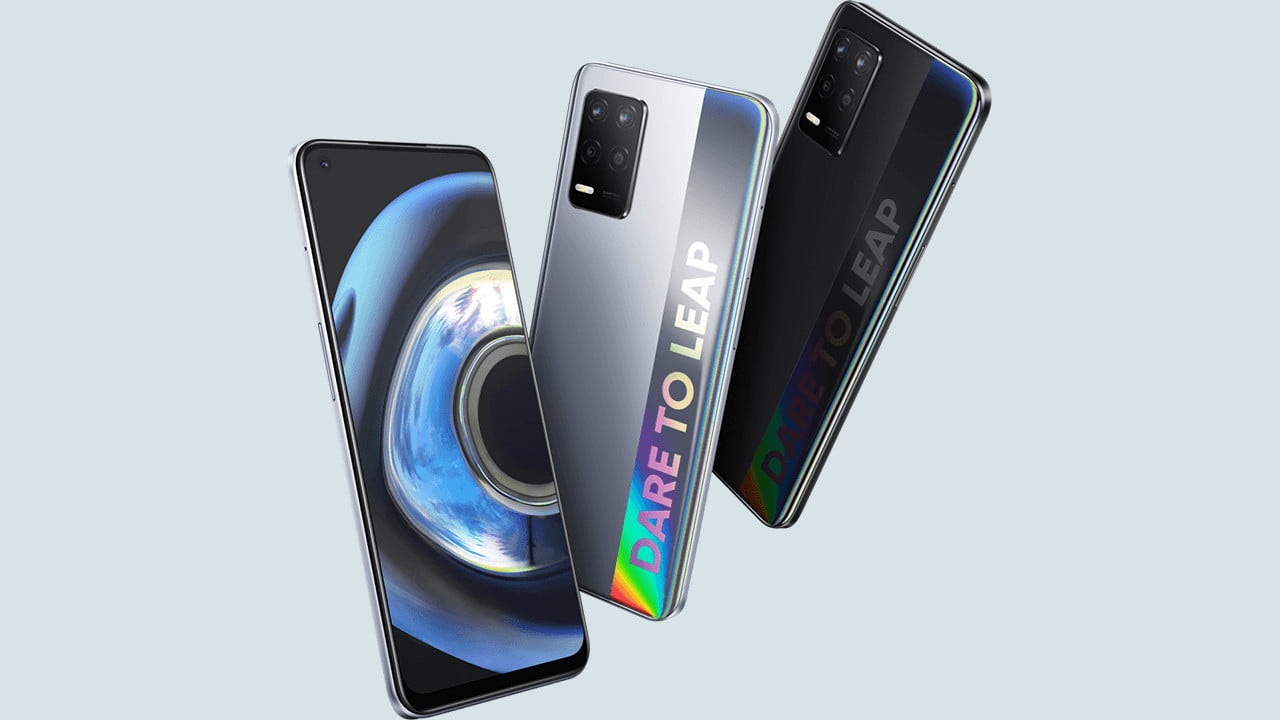 Realme Q3i comes in Sci-fi Black and Psychedelic Silver colors, and in China, there are two storage options. Here is the pricing –

Finally, we have the Realme Q3 Pro, the most expensive phone under this series. While it is not much different than the other two in terms of looks, it is definitely the most feature-packed. First, there is an AMOLED panel instead of an LCD, and that too with a 120Hz refresh rate. So the fingerprint scanner is under the display and not on the side. The touch-sampling rate is 360Hz.

Under the hood, it gets the MediaTek Dimensity 1100 SOC based on the 6nm manufacturing process and is a flagship SOC from MediaTek with Cortex-A78 cores. It is paired with 8GB RAM and 128GB or 256GB UFS 3.1 storage.

There is a 4,500mAh battery and support for 30W fast charging via the Type-C port. The phone also has a headphone jack and stereo speakers. Speaking of that triple camera setup, there is a primary 64 Megapixel sensor that is paired with an 8 Megapixel ultrawide unit and a macro lens. On the front, there is the good old 16 Megapixel shooter. Thanks to the chipset, the primary rear camera can shoot 4K videos at 60fps.

For better cooling, there is also a vapor chamber. 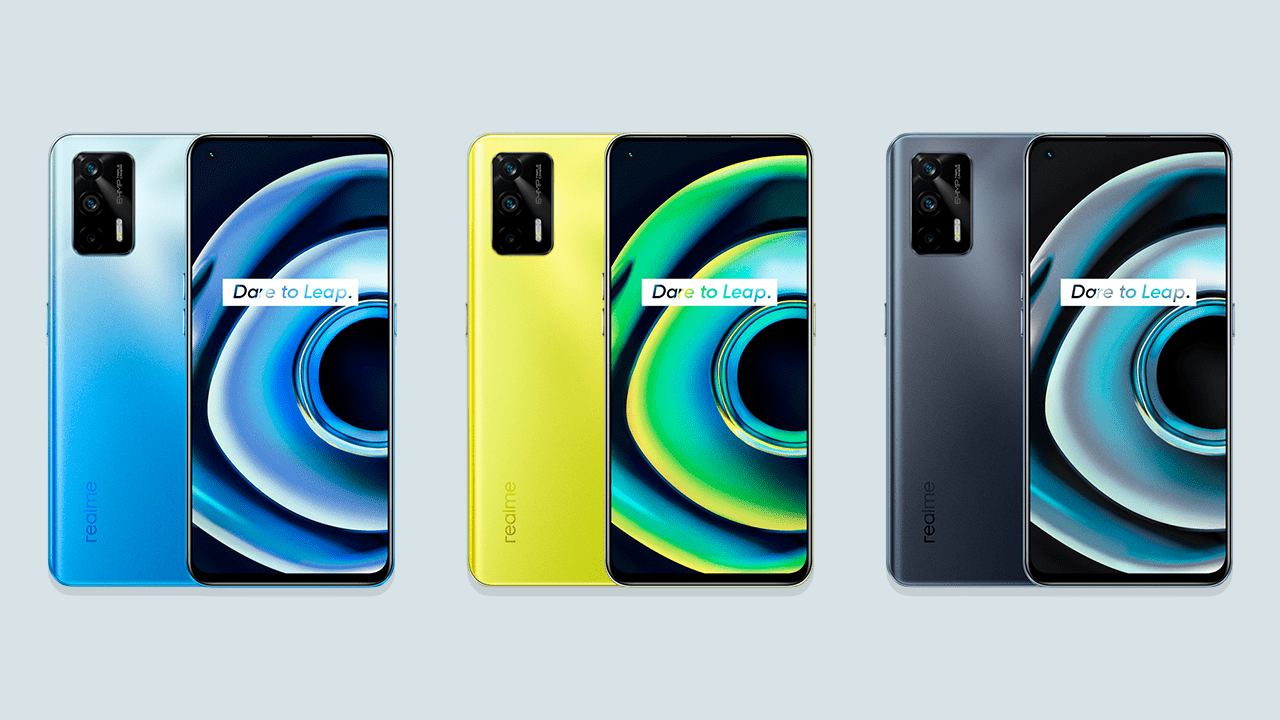 Realme Q3 Pro comes in three colors, and one of the color options is named “Firefly,” which has a big “Dare to Leap” text which lights up in the dark.

Anyways, in China, there are three storage options of the phone and here is the pricing –

In China, Realme Q3 and Q3 Pro are up for pre-order, while the Q3i can be bought right away.