The Narzo 30 puzzle was finally completed today as the company launched the remaining two phones under this series in India. If you don’t know, the Narzo 30A & the Narzo 30 Pro 5G launched in the Indian market in February but, until today, we didn’t get the vanilla models. Today, Realme launched the Narzo 30 & Narzo 30 5G in the Indian market. As the name suggests, one is a 4G-only device, whereas the other supports 5G. And as we have mentioned quite a few times in our previous articles on these phones, this is not the first time these phones are launching since they are already official in some markets outside of India.

Speaking of the design first, these two phones are quite similar except for how their camera modules are designed. While the non-5G version has a vertically placed triple camera array, the 5G model gets a square-shaped camera module with three cameras (the fourth circle is not a camera sensor). Both these phones have a “Racetrack inspired chevron stripe”  that does look unique, and both have a flat display on the front with a hole punch on the top left corner.

The port placement remains the same on both phones, so there is a USB Type-C port on the bottom alongside the 3.5mm headphone jack and the speaker grill. The fingerprint scanner is there on the right side, and it doubles as the power button.

Speaking of the specs, both the phones have a 6.5-inch Full-HD+ display, and it is an LCD with a 90Hz refresh rate. The major difference in terms of the display panel is that the 5G version has a display with 600 nits of brightness, whereas it is 580 nits in the Narzo 30 (4G). The camera setup is also the same. There is a triple camera setup on the back that includes a main 48 Megapixel sensor paired with a 2 Megapixel B&W sensor and a 2 Megapixel macro camera. So it is a shame that none of the two phones offer an ultrawide camera. Interestingly, the official website says that video recording is limited to 1080p 30fps in the Narzo 30 5G, but the non-5G version can shoot up to 4K 30fps videos. 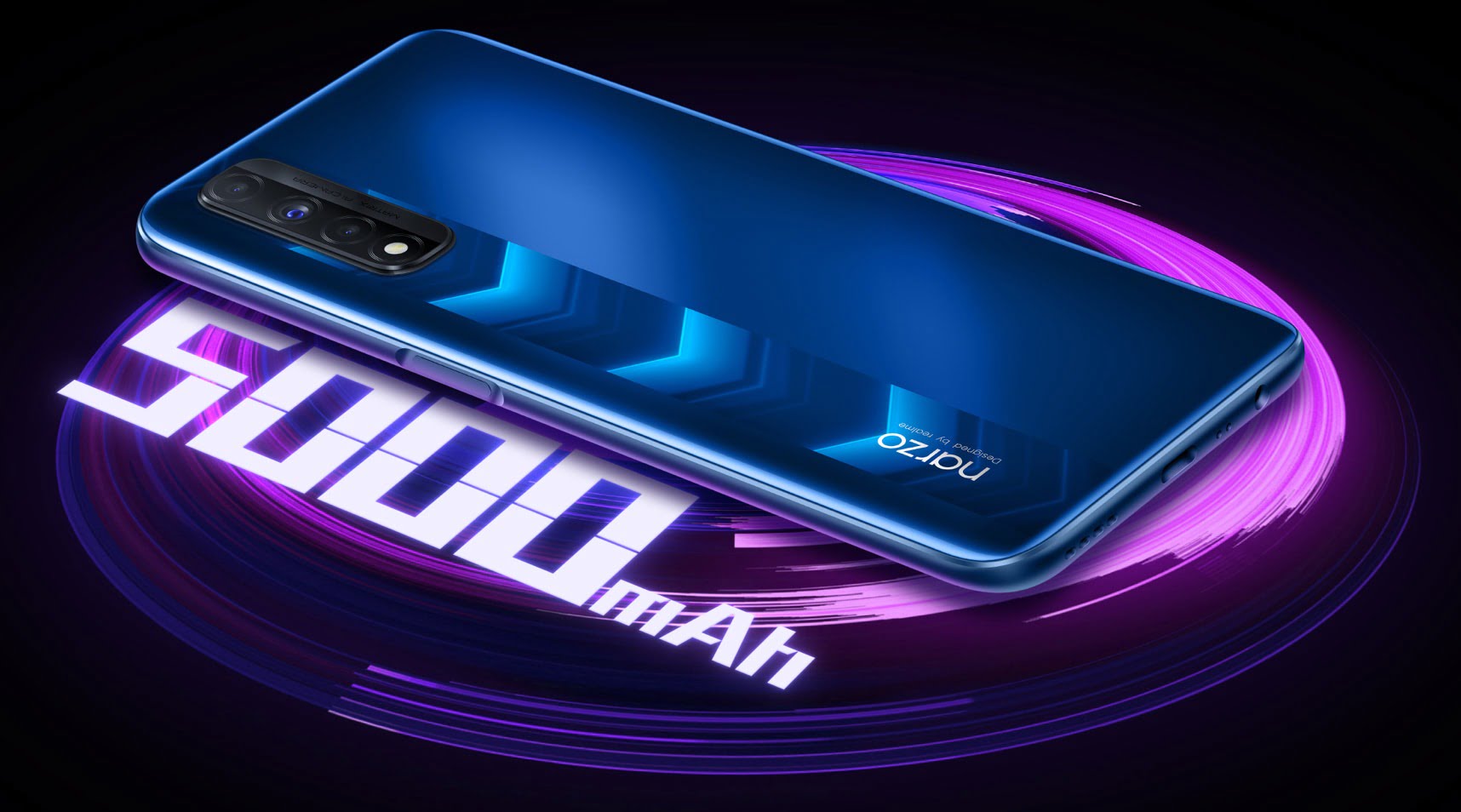 Speaking of the biggest difference between the two, since Narzo 30 5G is a 5G phone, it has a 5G chipset. It is the Dimensity 700, which we have seen on the Poco M3 Pro 5G. On the other hand, the non-5G Narzo 30 comes with the MediaTek Helio G95 SOC.

Finally, speaking of the pricing for India, Realme Narzo 30 (4G) comes in two colors named Racing Blue & Racing Silver. There are two storage options, and here is the pricing –