MediaTek recently announced the successor of Helio P60, i.e., the Helio P70. It is not a significant upgrade from the P60, but still, it is more powerful. Today, Realme announced that it would be the first brand to launch P70-powered smartphone(s) globally. It is worth mentioning that right now, the only phone that has the P70 chipset is the Ulefone T2, which was showcased at the MWC this year. 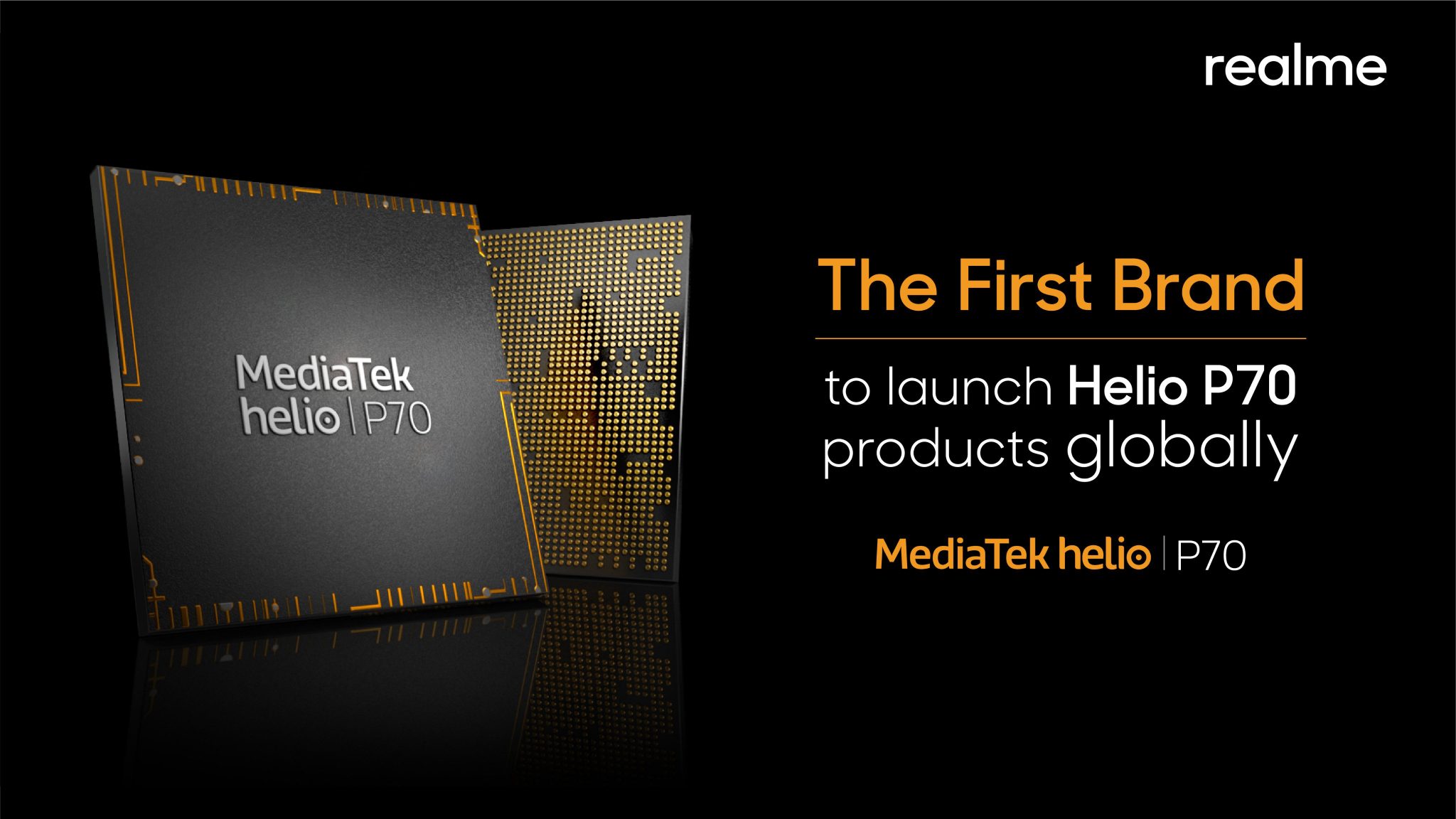 When Realme launched its first phone, the company surprised everyone with that insanely good pricing. At a price under Rs 12,000, the Realme 1 featured the powerful Helio P60 processor. The same story continued with the Realme 2 Pro as it became the cheapest Snapdragon 660-powered smartphone, at least in India. Now, the company has announced that it will launch a phone with Helio P70 processor soon and will be the first to do so.

The company has already announced that Realme 3,4 and 5 are in the making, so we are expecting the Realme 3 to launch with the MediaTek Helio P70 processor. We don’t know if the launch will take place before the end of 2018 or in 2019. Stay Tuned.