On June 30th, Realme C11 launched in Malaysia with specs including a MediaTek Helio G35 chipset, a 5,000mAh battery, dual cameras & more. Today, the phone launched in the Indian market at a price of Rs 7,499. The main USP of this device is not its spec sheet but rather its design. After a long time, we are looking at a new design for a Realme device which is pretty refreshing.

The phone comes with a Splash-resistant design & there is a square camera module on the back which houses the dual-camera setup as well a the LED Flash. There is a textured back panel that helps in a better grip & also reduces fingerprints. There is a big Realme logo placed in a vertical strip that runs from the camera setup all the way to the bottom.

Finally, the phone has a display with a waterdrop notch on the front & there is a micro-USB port on the bottom.

Coming to the specs, Realme C11 has a 6.5-inch HD+ display with a big bottom chin. There is no mention of any Gorilla Glass protection on the official website, so we doubt if the phone has one. The phone has MediaTek Helio G35 chipset which has high-performance cores clocked at 2.3GHz.

There is 2GB RAM and 32GB internal storage. Since there is a triple card slot, you can add a MicroSD card without having to remove the second SIM. 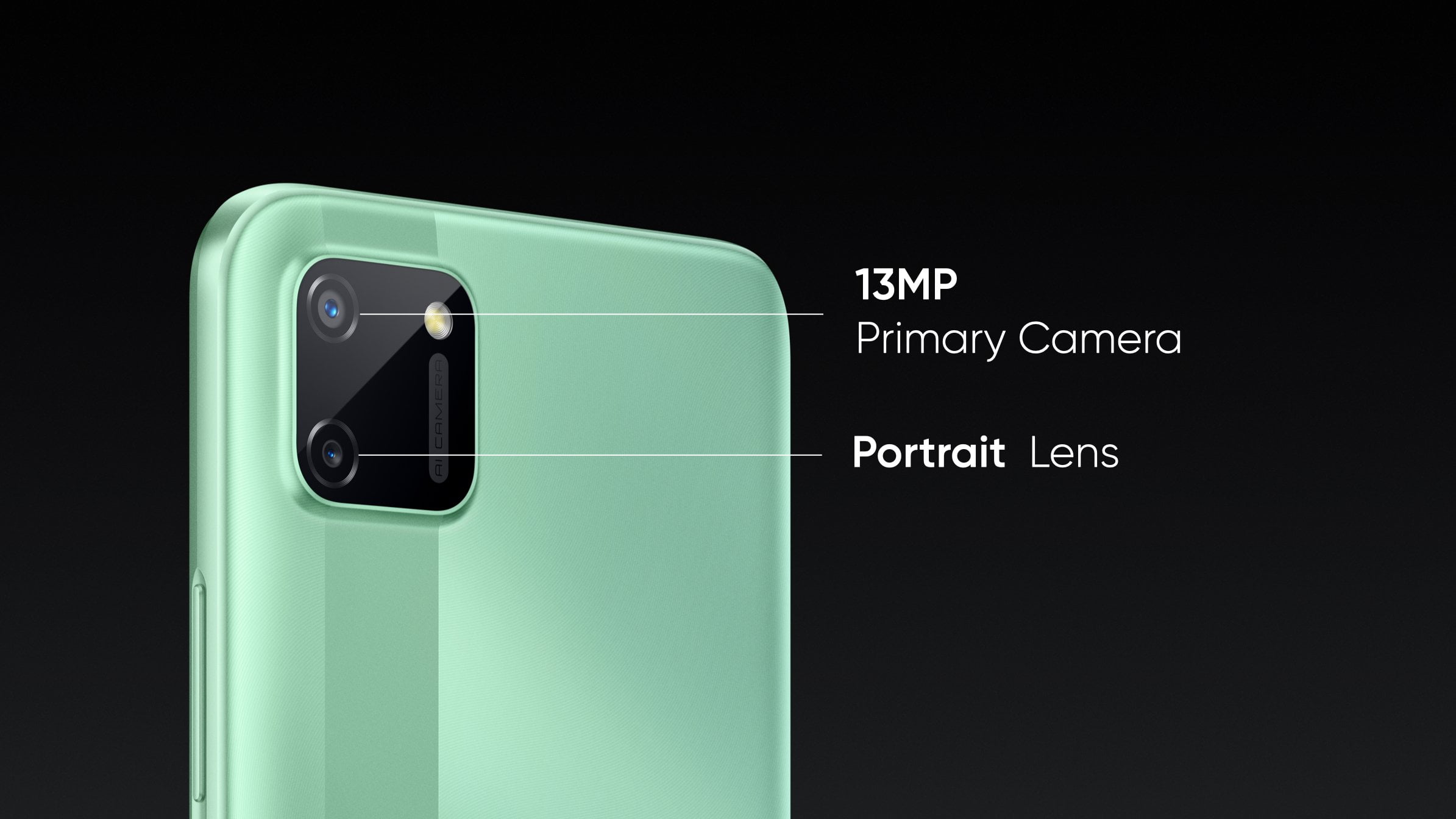 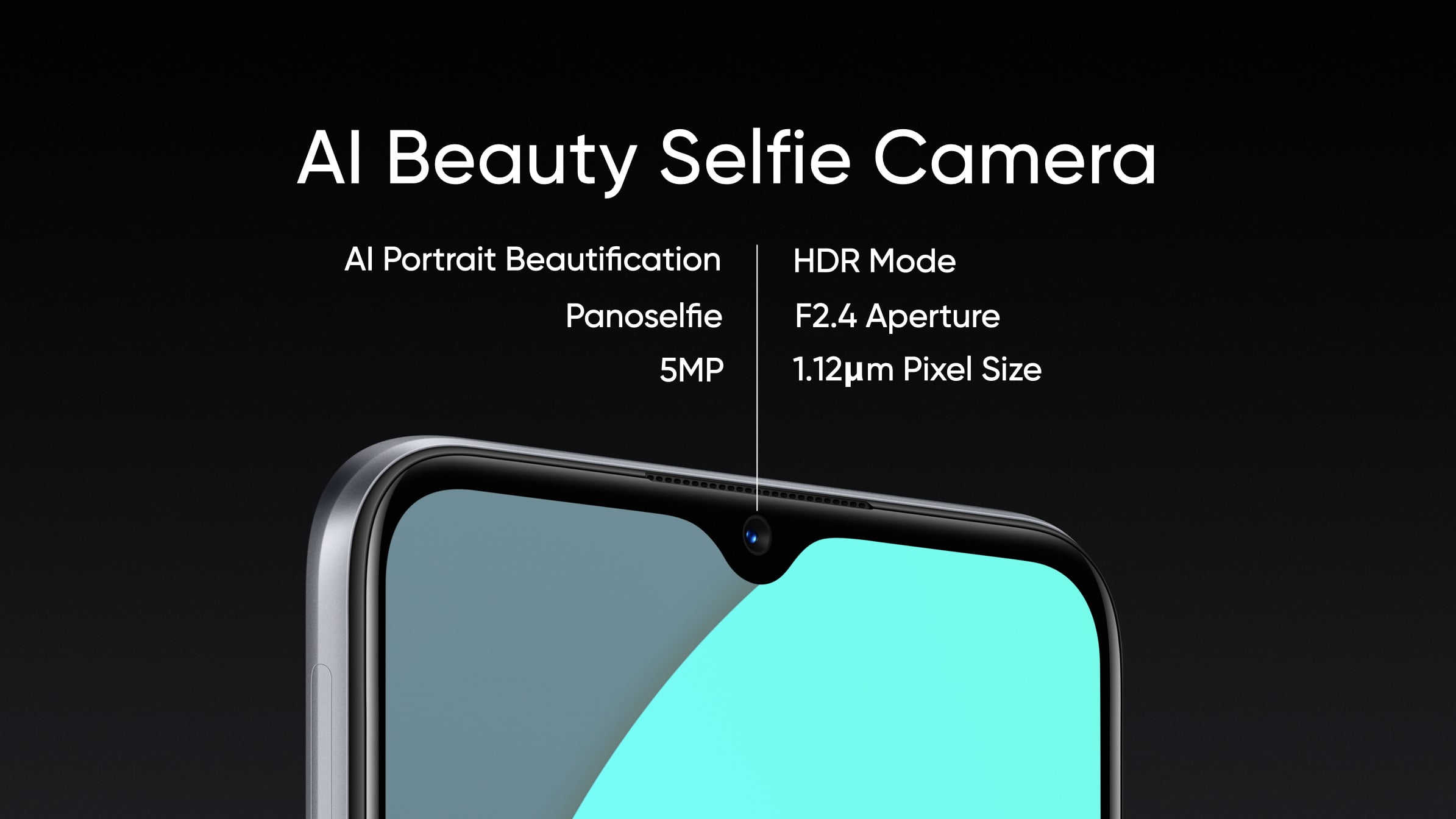 The camera on the front is a 5 Megapixel shooter with f/2.4 aperture lens and 1.12-micron pixel size. Just like the rear camera, it can shoot up to 1080p 30fps videos.

Finally, Realme C11 has a huge 5,000mAh battery & you can also use its Reverse Charging feature to charge any other device. There is no fast charging support.

Realme C11 comes in two colors named Rich Green and Rich Grey. There is only one storage option with 2GB RAM +  32GB storage, and it is priced at Rs 7,499 in India. The first sale happens on July 22nd.