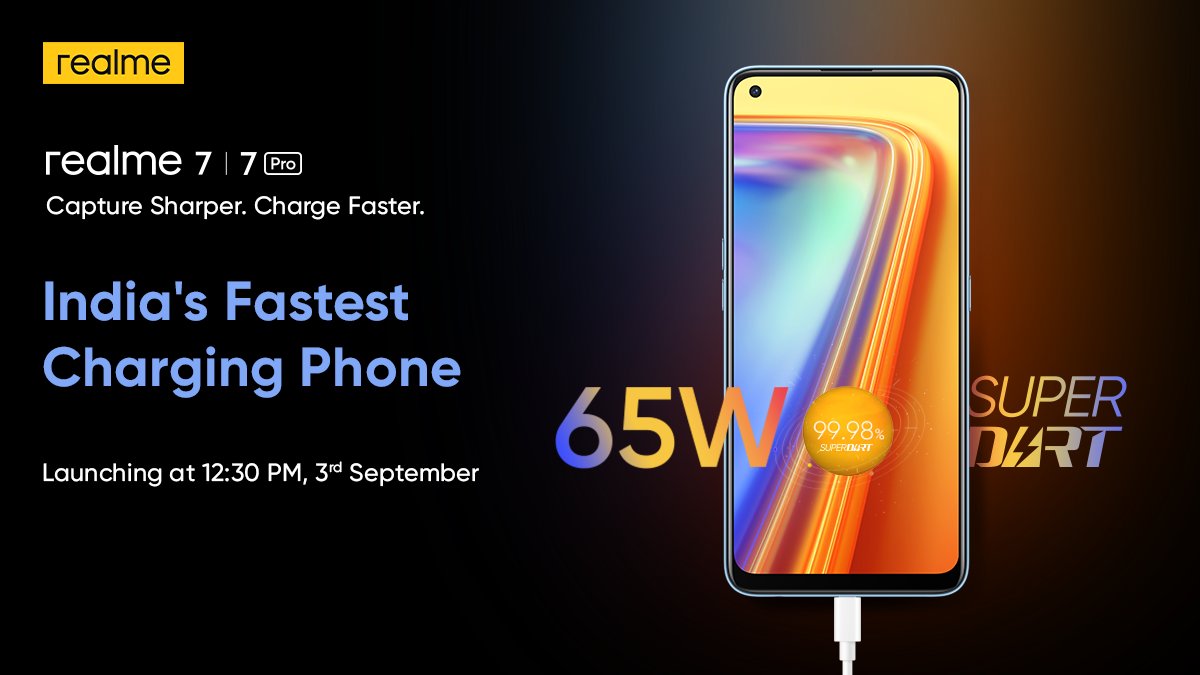 In March this year, Realme 6 & Realme 6 Pro launched in the Indian market & both the phones offered a 90Hz LCD panel & 30W Fast Charging support. Almost six months after the launch of those two phones, Realme is now all set to launch the successors – Realme 7 & Realme 7 Pro.

The company has been teasing these phones for the past few days & today, Mukul (aka StuffListings) shared the major specifications of the two. He also shared a couple of images showing the banners of the phones. 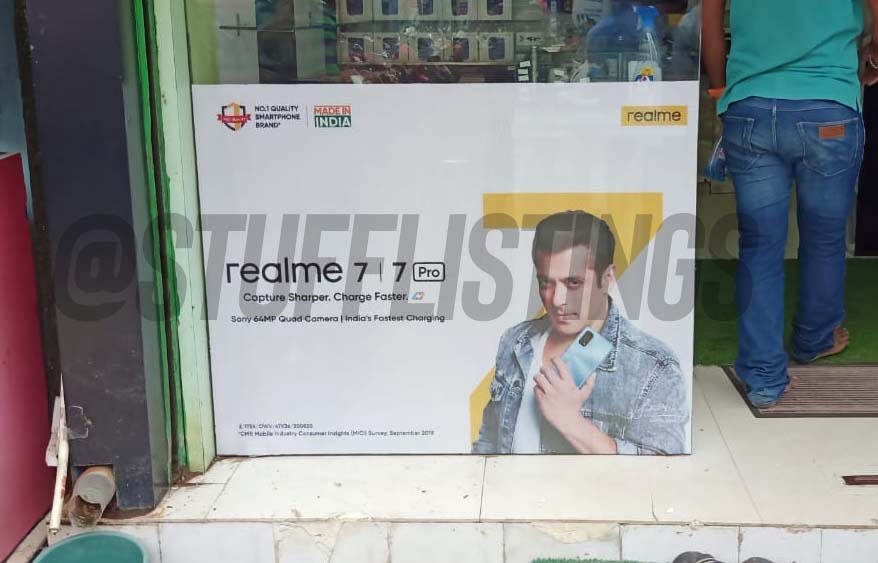 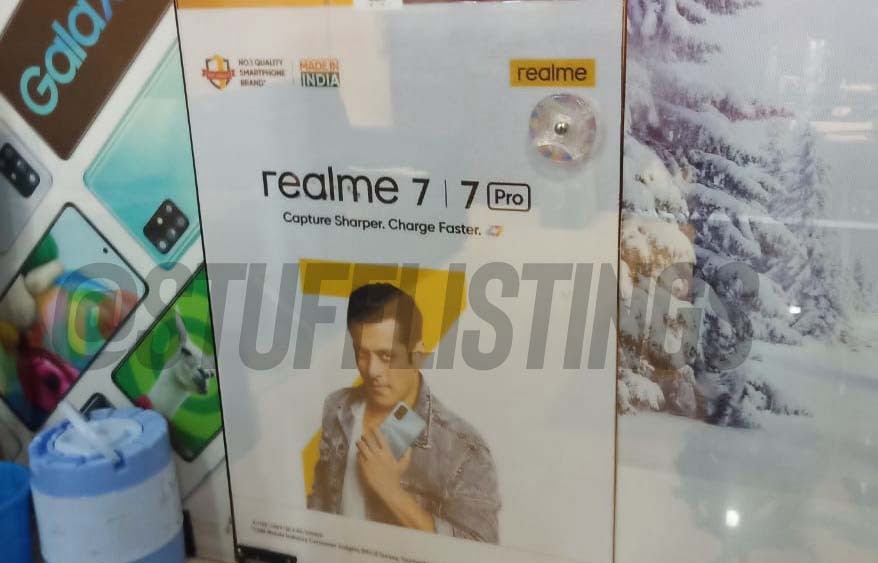 The banners show the rear design of the Realme 7 Pro & we can see that there is a Quad camera setup placed in a rectangular camera module on the top left. This design is similar to the design of Realme X7 Pro which is launching soon in China. The main USP of the two phones is going to be the camera & the charging and that’s the reason the tagline says “Capture Sharper | Charge Faster”. 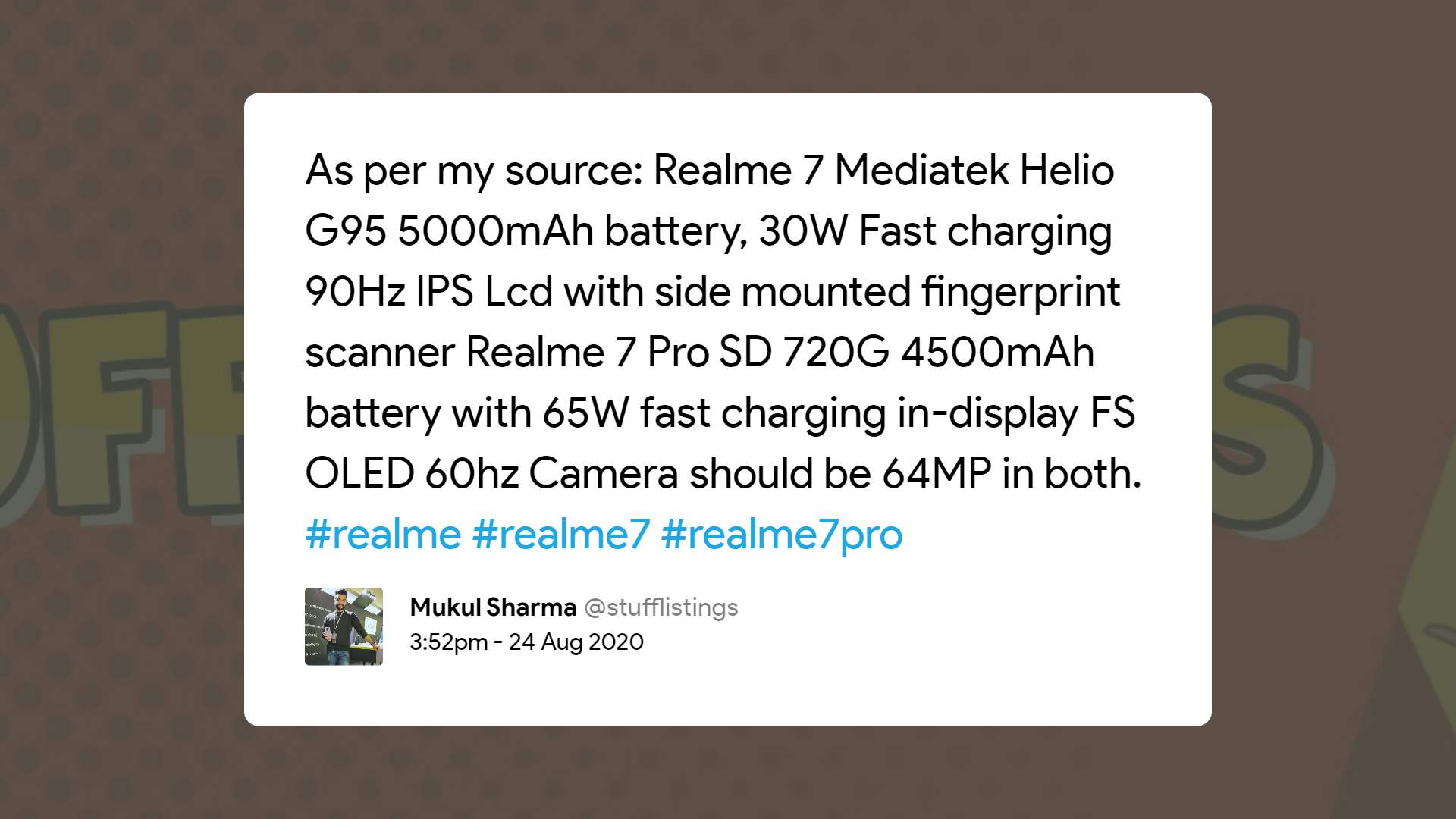 Coming to the specs now, Realme 7 features a 90Hz IPS LCD panel so the fingerprint scanner is placed on the right side. There is a huge 5,000mAh battery & support for 30W Fast Charging. While the Realme 6 offered MediaTek Helio G90T, Realme 7 has MediaTek Helio G95 which is not yet announced.

The Realme 7 Pro, on the other hand, comes with an AMOLED screen with a 60Hz refresh rate. So, for the first time in its “Number” series, Realme is going for an AMOLED panel. There is a 4,200mAh battery with an insane 65W Fast Charging, which will eventually make it the fastest charging smartphone under Rs 25,000 in India.

The chipset is Snapdragon 720G so there is no change in the SOC when compared to the Realme 6 Pro. Some sources also suggest Snapdragon 730G! Also, since there is an AMOLED panel, the fingerprint scanner is placed under the display.

Both phones feature a primary 64-megapixel camera on the back.

The storage & color options were also shared earlier by a source on Twitter according to which the Realme 7 is coming in three storage options – 6GB + 64GB, 6GB + 128GB, and 8GB + 128GB. The color options are Mist Blue & Mist White.

Realme 7 Pro is coming in 6GB + 128GB & 8GB + 128GB variants & the color options are Mirror Blue & Mirror Silver, suggesting that there is a glass back just like the Realme 6 Pro.

Well, there is no information regarding the launch date yet but we know that the Realme 7 & Realme 7 Pro are launching in early September.