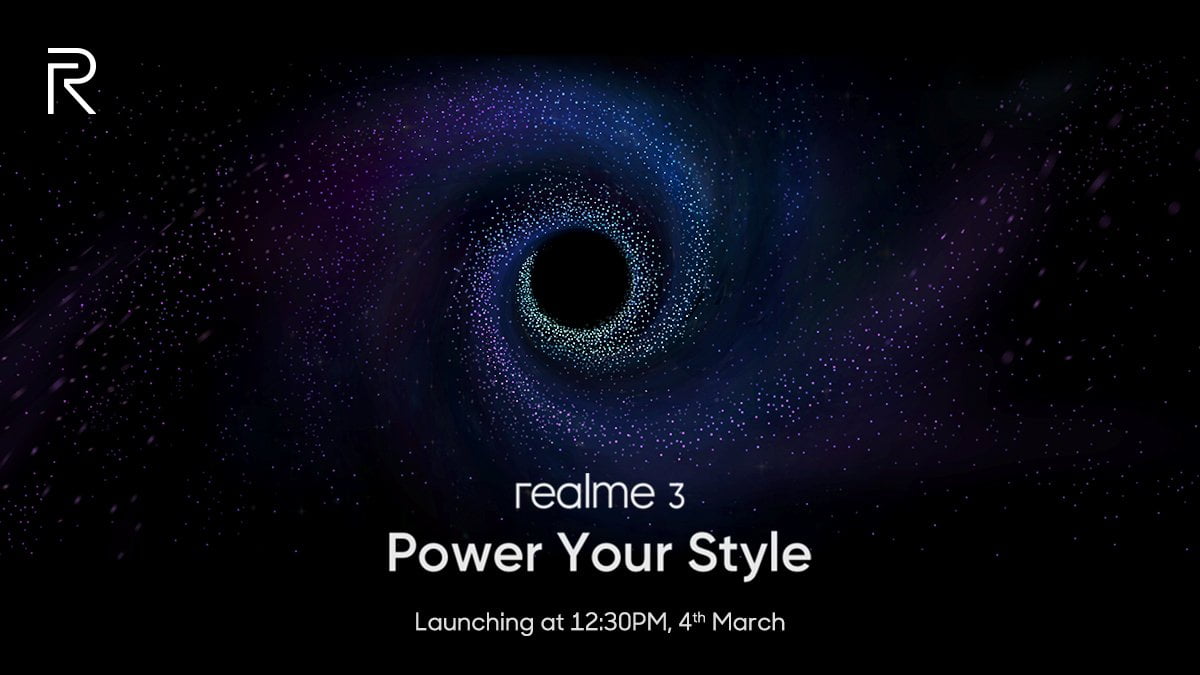 Realme 3 is launching in India on March 4 i.e., just a few days after Redmi Note 7 launches in India.

n February 27, Samsung is launching the Galaxy M30 in India, but that’s not it. The company is also launching the new Galaxy ‘A’ series phones on February 28 & on the same day, Redmi Note 7 will be launched in India as well. So, some really good budget phones are launching this month in India and Realme has started teasing its upcoming phone, the Realme 3.

Recently, the company revealed the design of the phone from the rear and today, the CEO of Realme, Madhav Sheth, revealed that Realme 3 would launch with the MediaTek Helio P70 SoC. It is worth mentioning that the Realme U1 of last year was the first phone to launch in India with Helio P70 processor and the same processor will now power the successor of Realme 2.

READ: MediaTek Helio P70 vs Snapdragon 660 – The battle of the mid-rangers

The Helio P70 is not a huge upgrade from the Helio P60, but it does come with better AI features, slightly higher clock speed etc. It is also a 12nm processor which means it is more power efficient than the 14nm processors like the Snapdragon 660 which is a very popular SoC in the budget segment in India.

Considering that the Realme 1 and 2 launched at a starting price under Rs 10,000 in India, we are expecting similar pricing for the Realme 3. If it happens, the Realme 3 will become the cheapest Helio P70-powered phone which, right now, is the Realme U1.