Realme just announced its first phone for 2019 in India, the Realme 3. It is a successor to the last year’s Realme 2 and hence is a budget smartphone. Still, specifications like the powerful MediaTek Helio P70 processor, dual cameras, a big battery, etc. make it one of the best phones available in this price range. The price starts at Rs 8,999 for the 3GB variant and goes up to Rs 10,999 for the 4GB variant.

Looking at the specifications, it won’t be wrong to say that the 3GB variant is the value for money device. Same cannot be said for the 4GB variant though since you get the Redmi Note 7 at this price which seems a better deal. 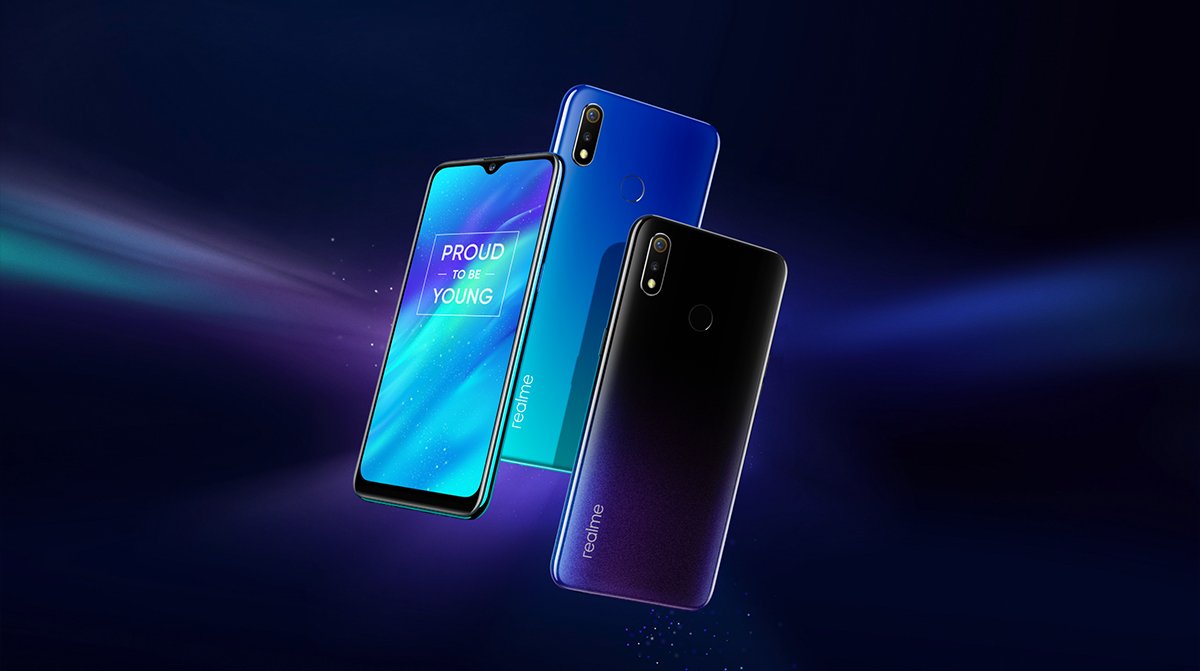 Talking about the design, there is a glossy plastic all around, but this time, the phone comes in some attractive gradient colors, the first for any Realme device. Unlike previous Realme phones, the Realme 3 has a vertical dual camera setup with one of the cameras having a gold rim around it, giving it an interesting look from the back. The fingerprint scanner is also located on the rear.

On the front, the design remains similar to the Realme U1 with the same Waterdrop notch. This time, however, the bottom chin seems larger than the one on Realme U1, maybe because it is a cheaper device. 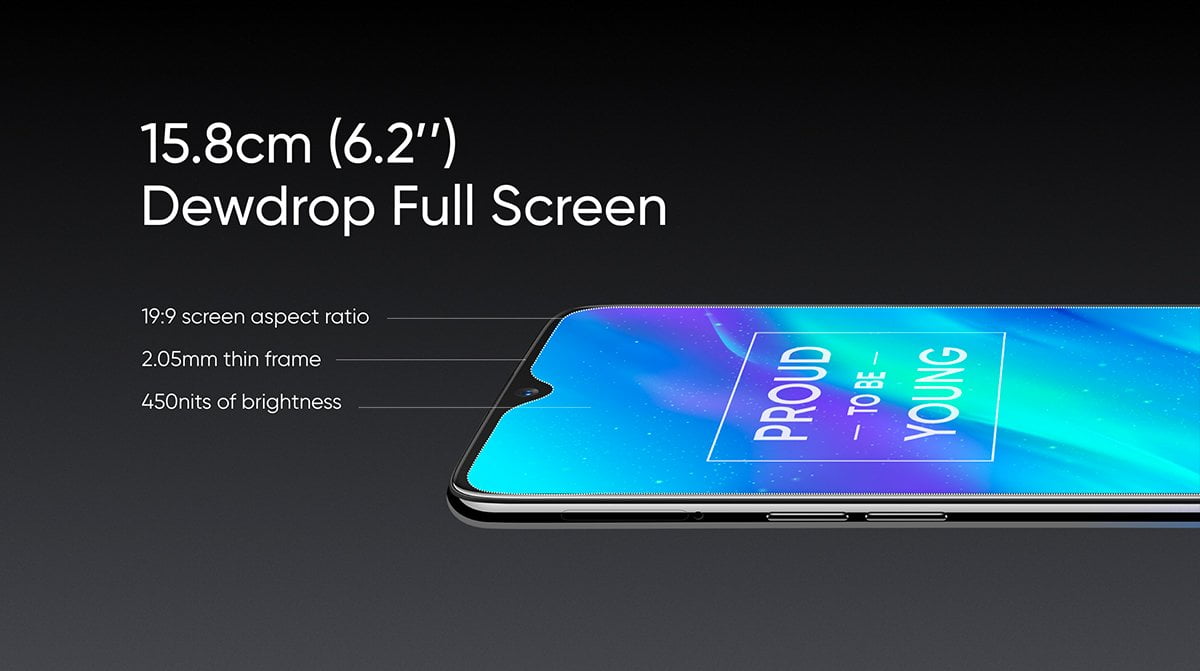 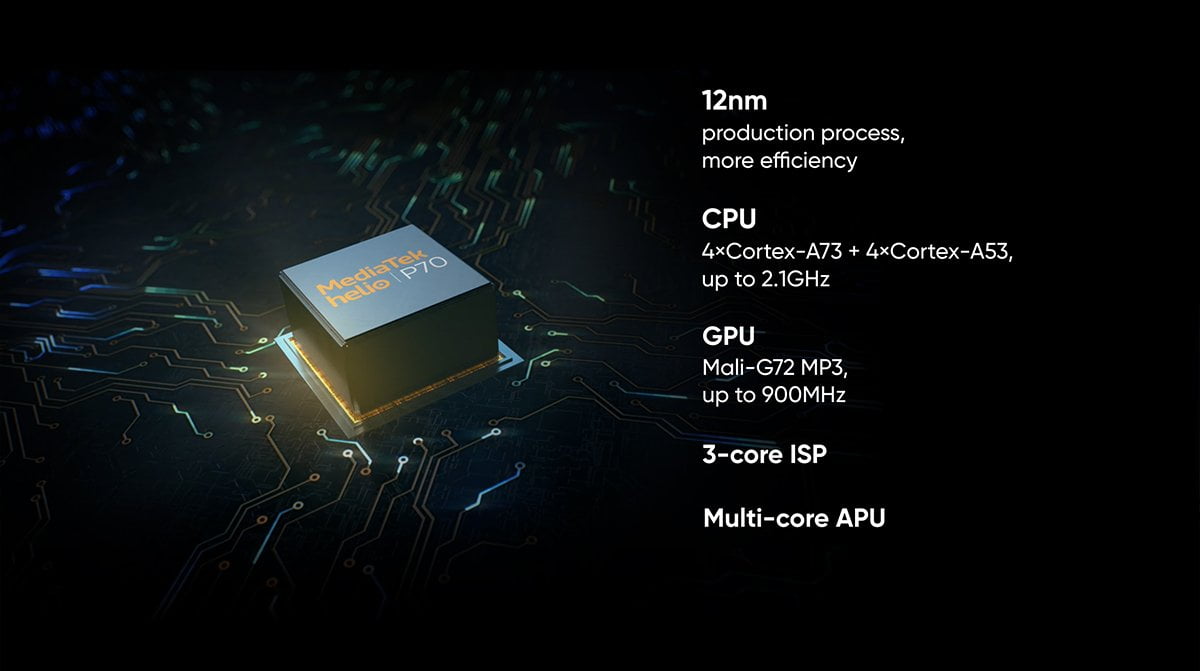 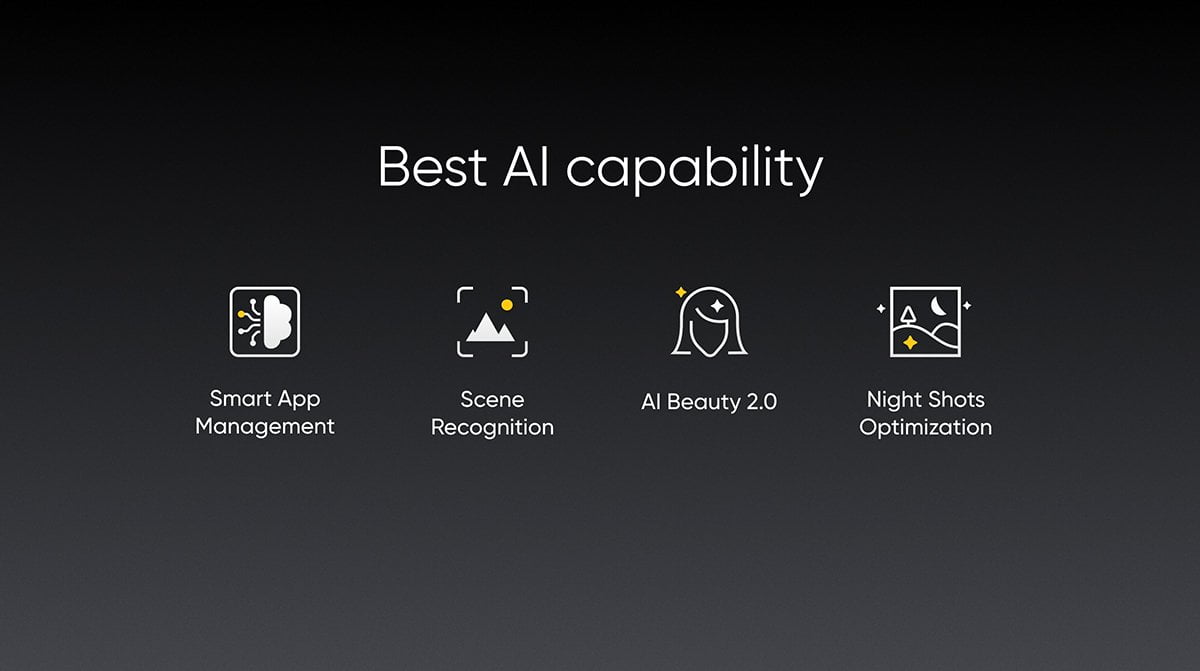 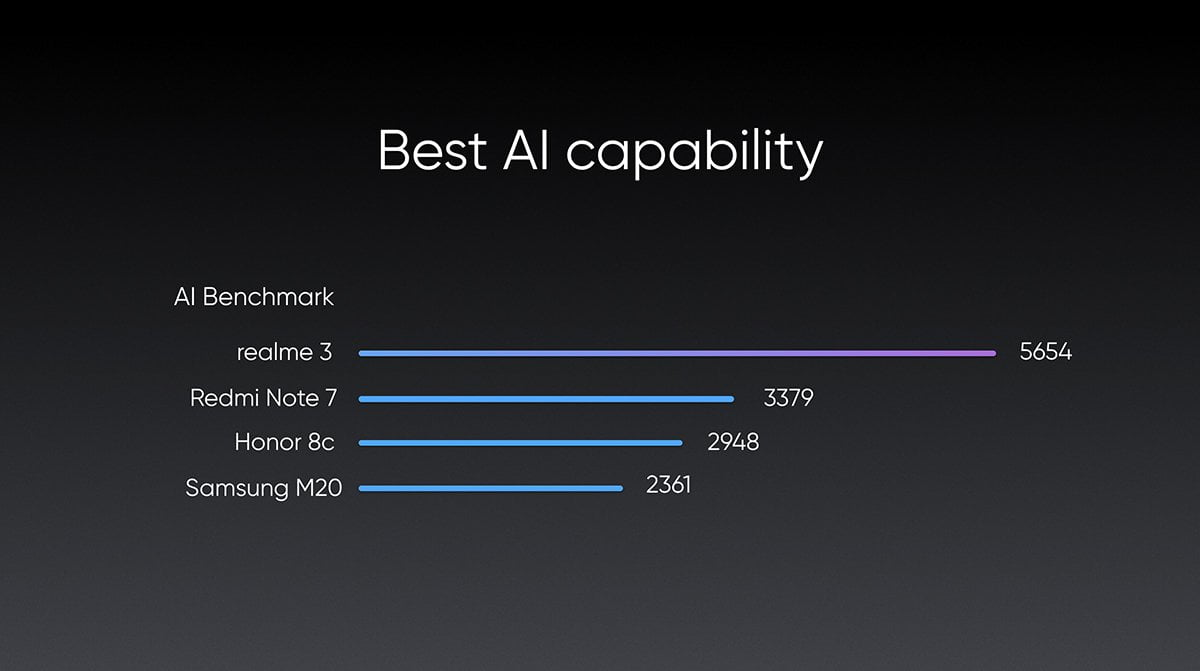 Just like the Realme U1, the Realme 3 has MediaTek Helio P70 processor which is an octa-core 12nm chip clocked at 2.1GHz. This, coupled with a Mali-G72 MP3 GPU (up to 900MHz), ensures that the overall performance is one of the best in this price segment. We already know that the P70 is a processor with impressive AI performance. The company has used all that in the Realme 3 for better performance as well as power efficiency. 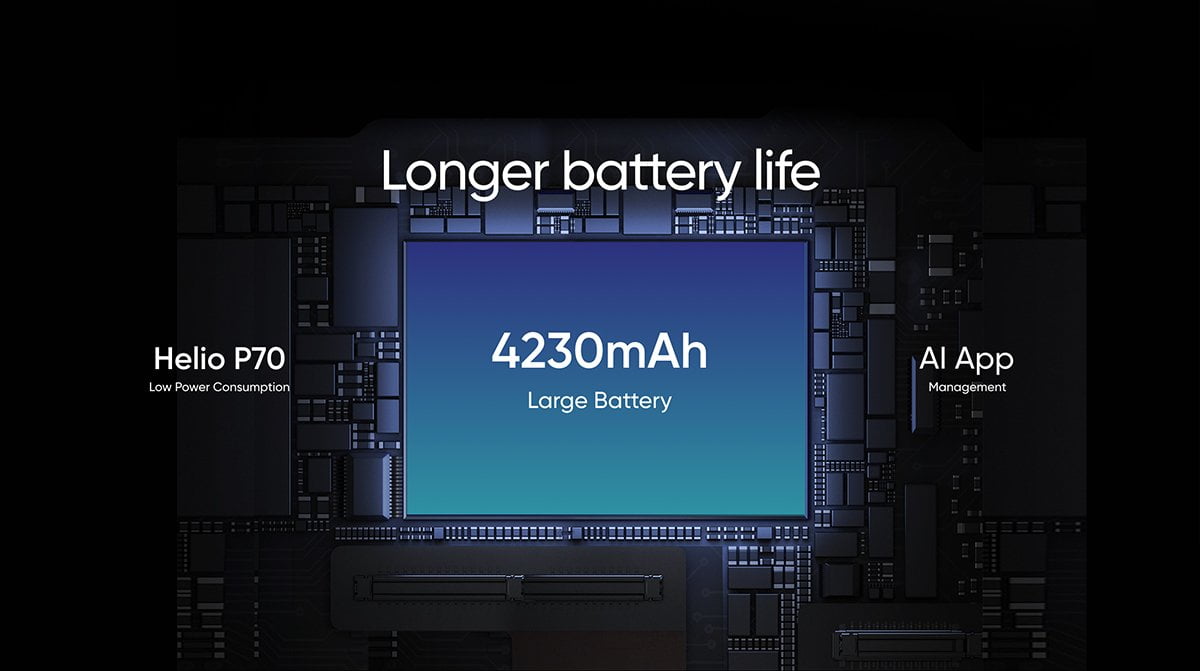 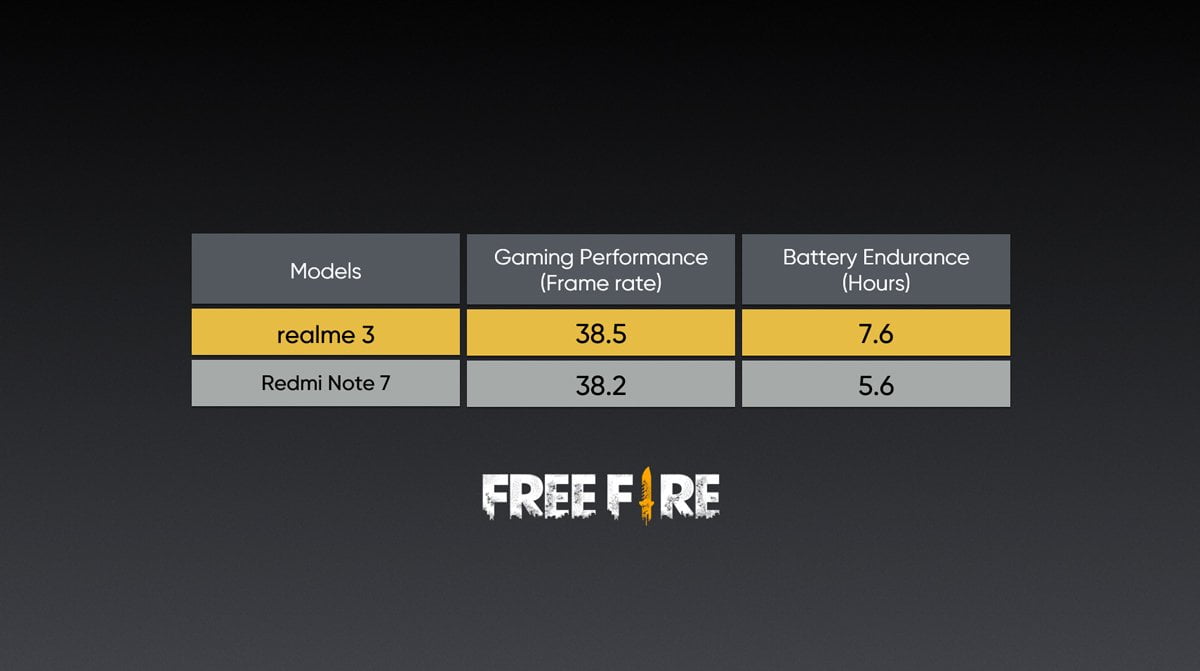 Talking about the power, the phone has a big 4,230mAh battery which, along with the 12nm P70 processor and HD+ screen, means that you easily get a full day of battery backup on normal usage. There is still a micro USB port, and the phone doesn’t support Fast Charging. Due to the powerful Helio P70 processor, the company claims that this is the best phone for gaming in this price segment. 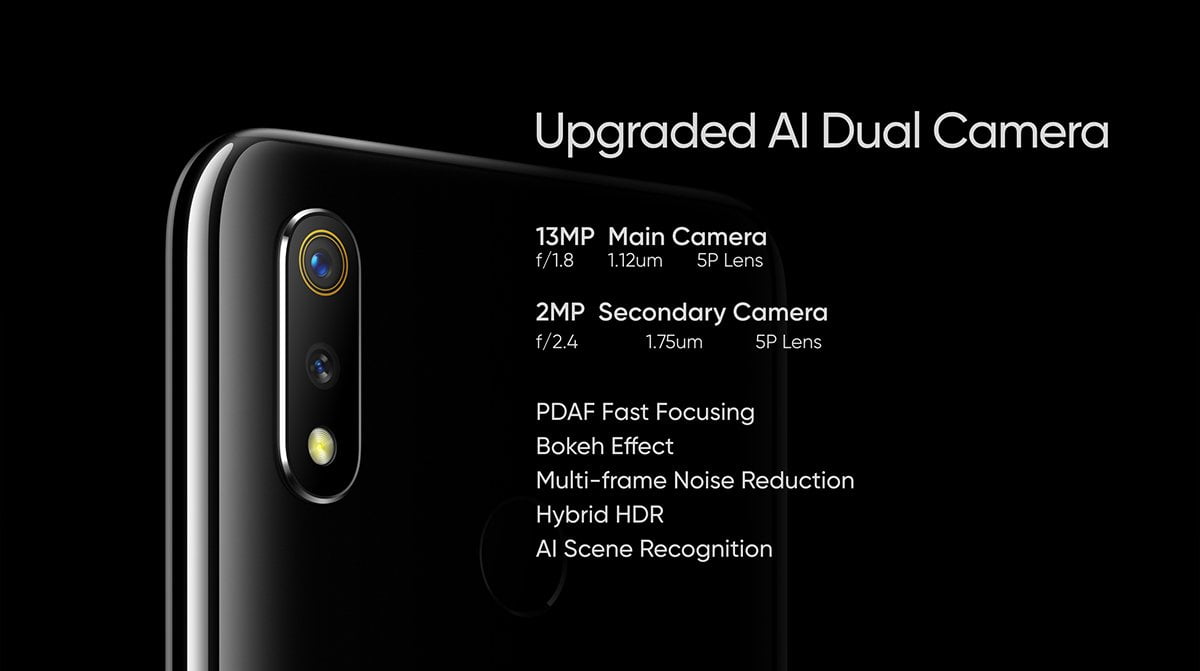 On the rear, the phone has dual cameras that include a primary 13MP f/1.8 camera with 1.12-micron pixel size and 5P lens, along with a secondary 2MP depth sensor with f/2.4 aperture. Some camera features include PDAF, Bokeh Effect, Multi-Frame Noise Reduction, Hybrid HDR, AI Scene Recognition, etc.

The Realme 3 is the first phone from the company that comes with the ‘Nightscape’ feature for the camera. This means that you can take better low light shots, thanks to the software processing.

Then there is ‘Chrome Boost’, a feature that enhances the overall photo by boosting the colors, improving the dynamic range and reducing the noise.

On the front, the phone has a 13MP camera with features like SelfiePro Algorithm, AI Beauty 2.0 etc. 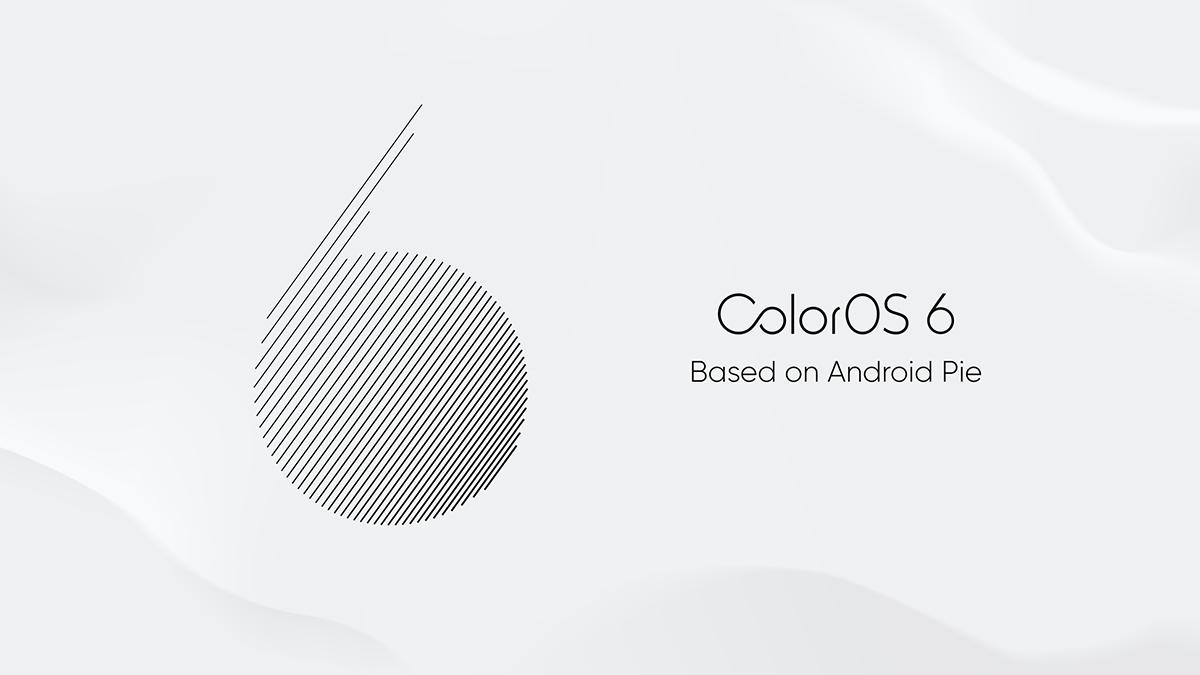 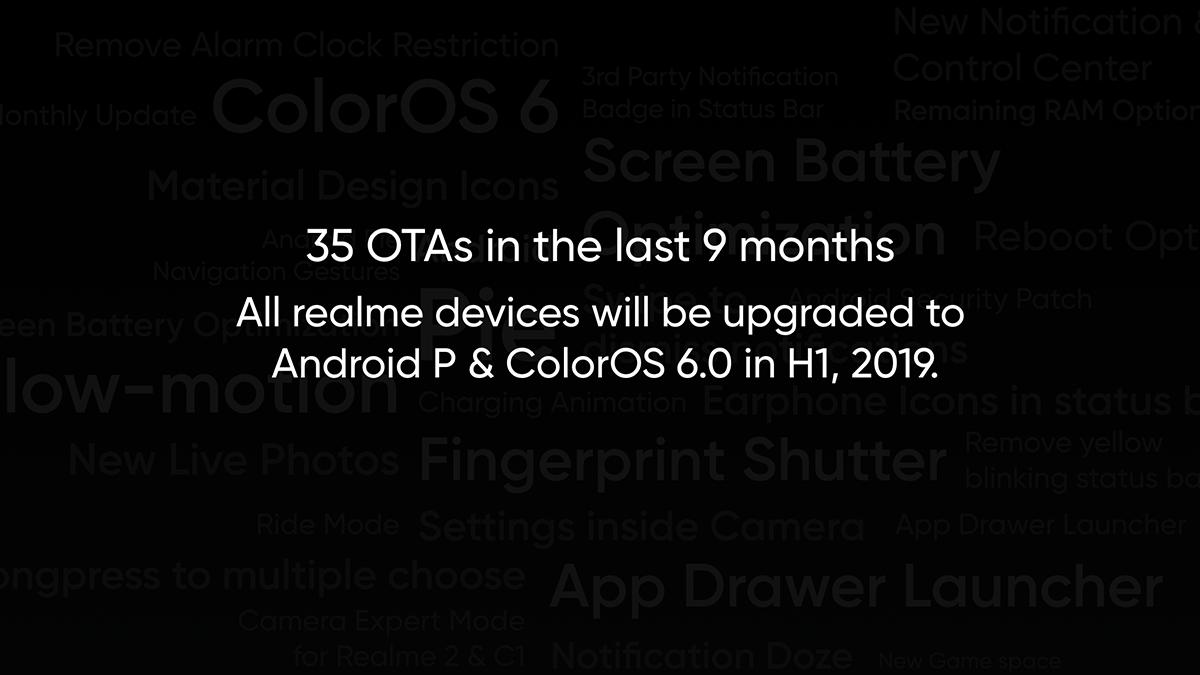 We know that Realme phones come with the ColorOS skin and it is not the best custom skin out there. The Realme 3 comes with ColorOS 6 which is a huge upgrade to this skin and adds features like new UI, app drawer, less clutter, etc. ColorOS 6 is based on Android 9 Pie, and Realme announced that all its phones would be upgraded to ColorOS 6.

Finally, talking about the pricing and availability, the Realme 3 is available to buy from Flipkart and Realme’s official website. The price starts at Rs 8,999 for the 3GB + 32GB variant and goes up to Rs 10,999 for the 4GB + 64GB variant. The sale starts at noon on March 12th.