Razer was the first to announce a smartphone for gamers last year, and after that, we saw a lot of companies like Xiaomi, Nubia, Asus, etc. launching gaming smartphones. The Razer Phone of 2017 featured a 120Hz display, a powerful Snapdragon 835 chipset, one of the best stereo speakers and a big battery. It is already confirmed that the Razer Phone 2 will launch this year, but today, the press invite revealed that there is an event on October 10 in Hollywood, California, where it will be officially launched. 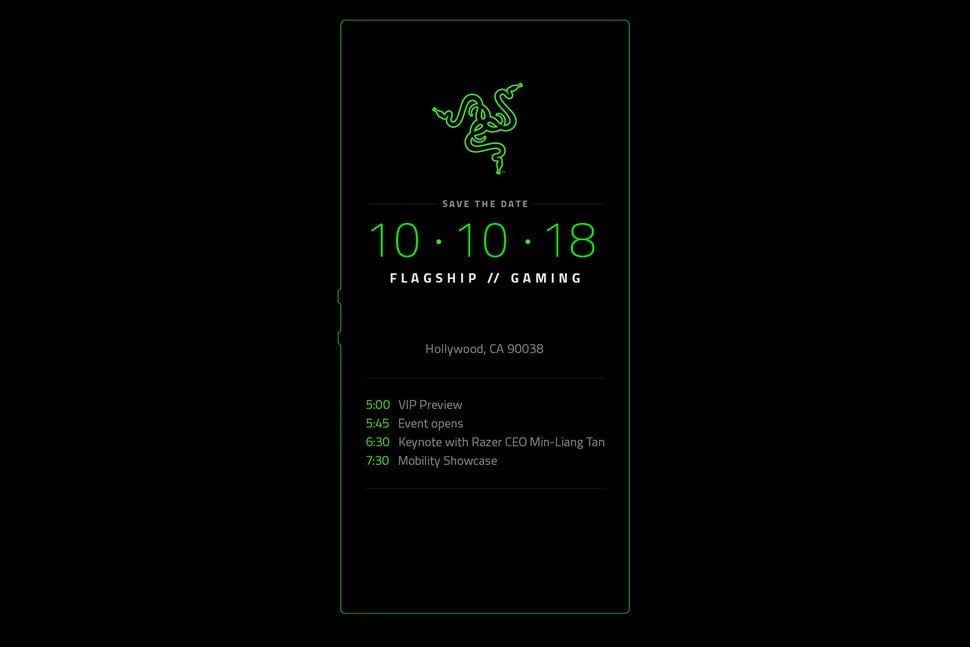 The invite shows an outline of a smartphone, and as per previous leaks, the Razer Phone 2 looks similar to the first generation Razer Phone, at least from the front. And in case you don’t know, Google is going to launch its Pixel 3 devices just a day before the Razer Phone 2 is announced, i.e., on October 9.

The phone is coming with the Snapdragon 845 processor, up to 8GB RAM and, as per some sources, ‘Chroma’ LEDs. Since it is going to be a gaming device, we don’t think Razer has focused much on the camera department, just like last year. Let’s see what new features the Razer Phone 2 will bring with it.

Dark Mode for WhatsApp is reportedly in the works