Puzzles are some of the most popular logic games for mobile devices. In case you didn’t know, the trendy game franchise Angry Birds is also a puzzle.

Touchscreens in modern smartphones and tablets open up incredible opportunities for mobile gaming, providing us with a truly immersive experience. Some five years ago, mobile games were quite rare, and whenever one was released, it became quite an event. Today, the mobile gaming industry is rapidly evolving, with game developers constantly coming up with new and exciting products.

Puzzles are easy to play on smartphones and tablets, which is why so many of us do that on a daily basis. Some of them, such as Angry Birds, Candy Crush, and Cut the Rope!, have become household names. They are really cool, but sooner or later they will have to give way to new games because the worst thing that can happen to the mobile gaming industry is stagnation.

So, let’s take a look at some of the best gaming products that are now available on Google Play.

BEST PUZZLE GAMES FOR ANDROID IN 2020 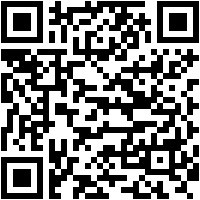 River: Ambiance Puzzle is a puzzle game, which requires the player’s utmost concentration, as well as excellent visual and auditory memory. Though the game’s locations are quite minimalistic, it has truly some stunning graphics and animations. It also features great background music that can help me write my case study. 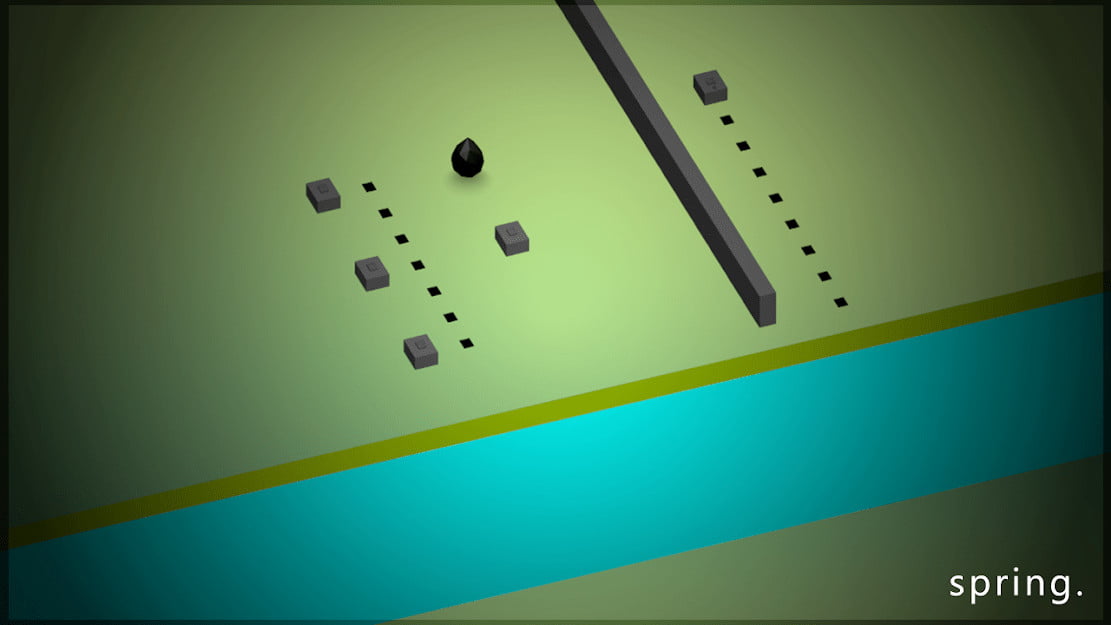 The concept behind may seem a bit weird: we play for a piece of ourselves after the death of our physical body. Using this small energy cluster, we should bring something significant to the other world, which isn’t really impressive outwardly. Our ultimate task is to help our companion get across a fancy-looking river, and for that, we will need to build a bridge. 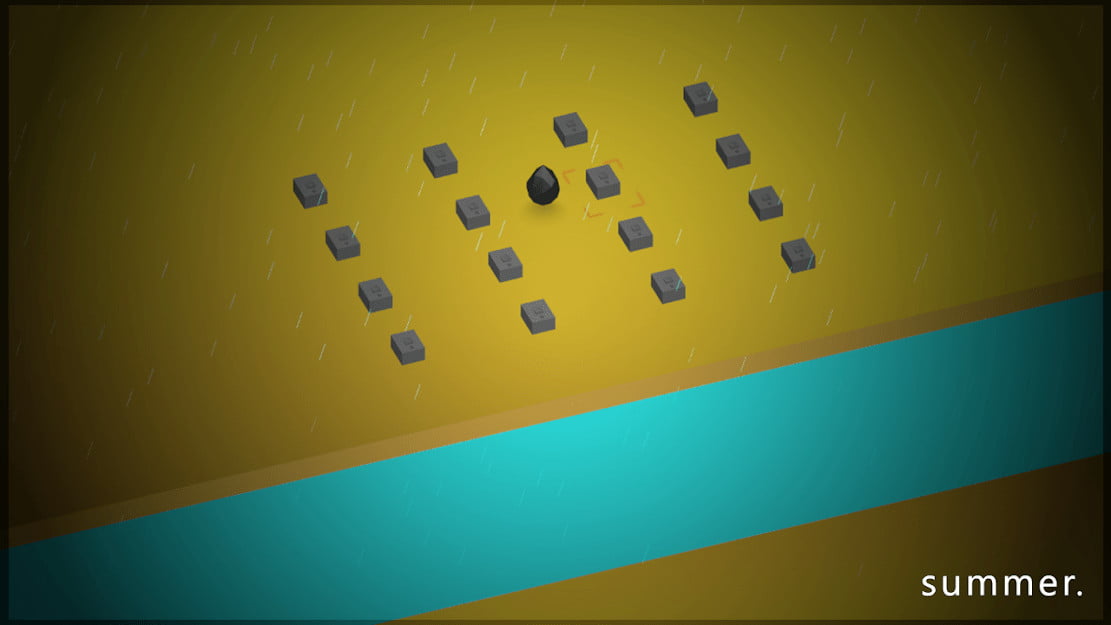 The problem is that no one explains to us how to build the bridge. We need to collect puzzles, activate some sophisticated mechanisms, press unusually-looking buttons in the right order or find pair objects. The most challenging thing about the game is to understand what we should do and how to complete this or that task. 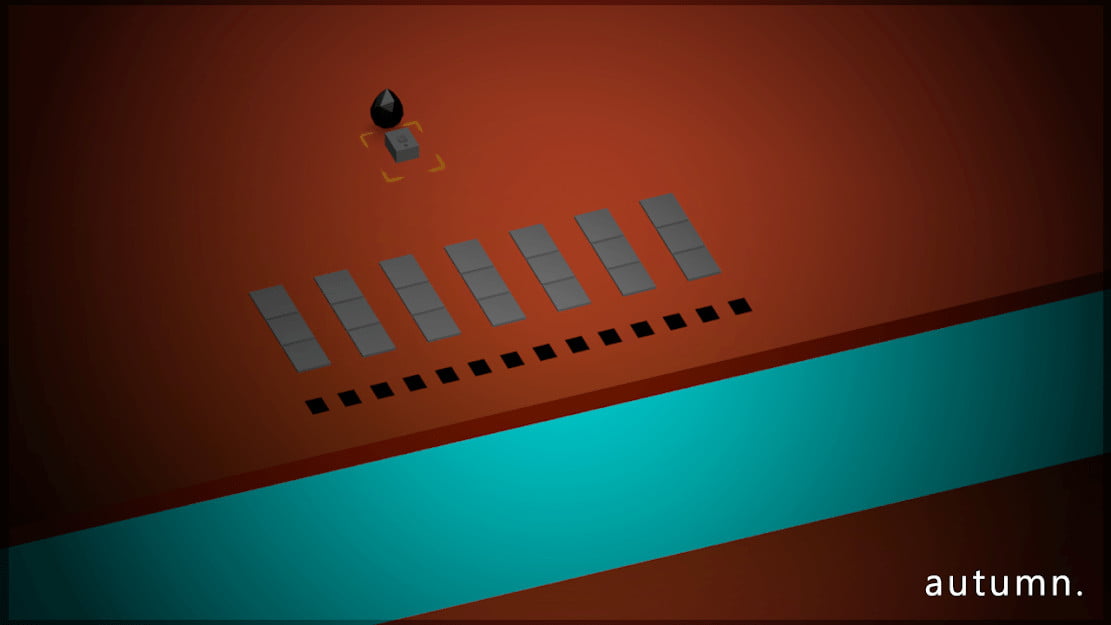 For instance, we should pick the same colour for the river and one of the nearby cliffs, following which we can get across it without building a bridge. To do that, we should mix three different colours, making them more saturated or less intense. Also, we should walk through a kind of a minefield by following signs that appear only near the main character. It only takes one awkward move to lose all your progress and start from scratch. 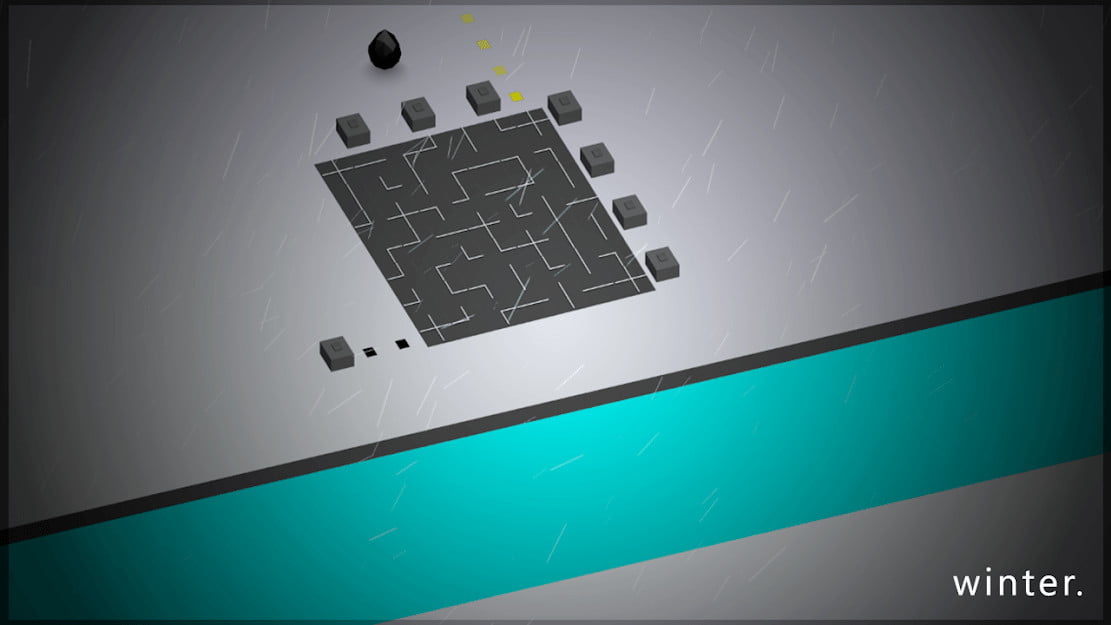 One of the control buttons looks like a four-position joystick, while the second one (which is not always available) is used for activating switches. Overall, the game is pretty good; its only drawback is that it has no trial version.

This well-known series of puzzles can provide players with hours of fun. The Room is very similar to the classic point-and-click quests, such as Myst and Syberia, and it features one of the best graphics on the market. 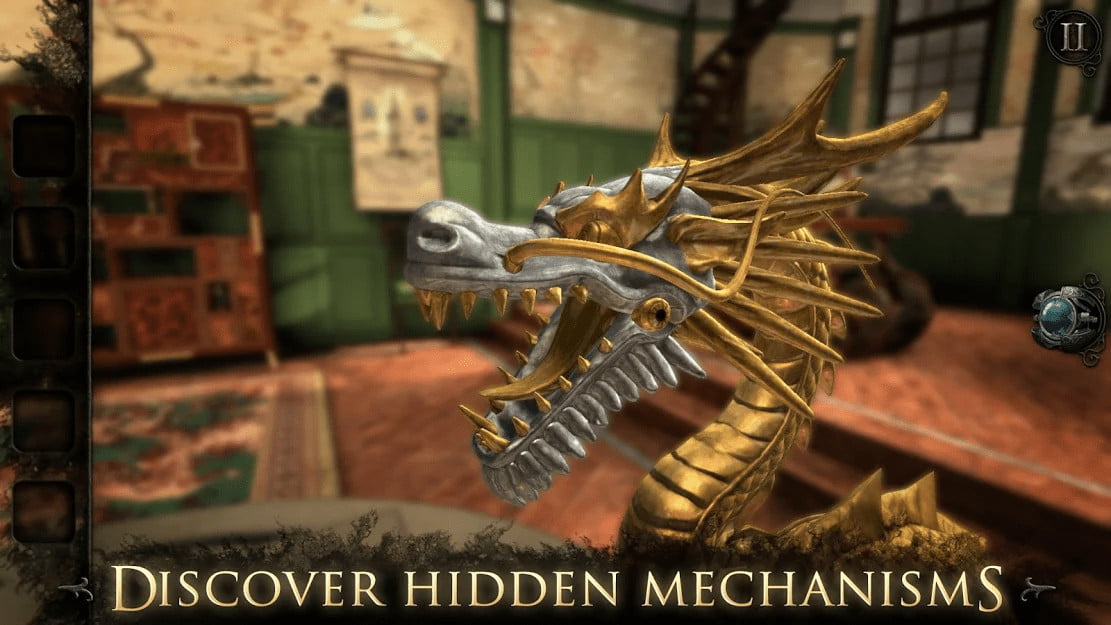 The latest game in the series is The Room: Old Sins. The storyline is briefly as follows: a brilliant engineer and his wife, who are both British aristocrats living in the late 19th century, go missing after a mysterious accident in the attic of their scary-looking house. There’s a dollhouse in the attic, and we should explore it with an enigmatic-looking magnifying glass. Once we have found all the secrets hidden there, we can uncover the mystery surrounding the disappearance of the engineer and his wife. 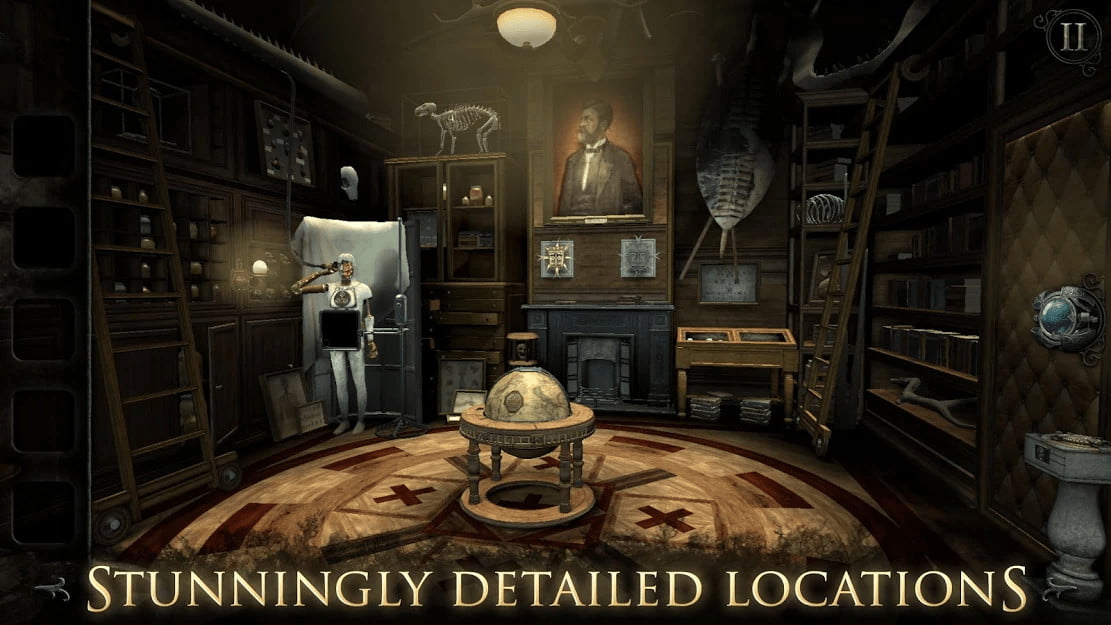 The game’s locations, which look like a children’s playground, remind one of the Chinese caskets that are locked in one place and unlocked in another. Nearly all the time, the players find themselves in tiny rooms, halls, and vestibules featuring hidden mechanical puzzles. Everything in the house is interconnected, and as soon as you move a little further, the entire location changes. 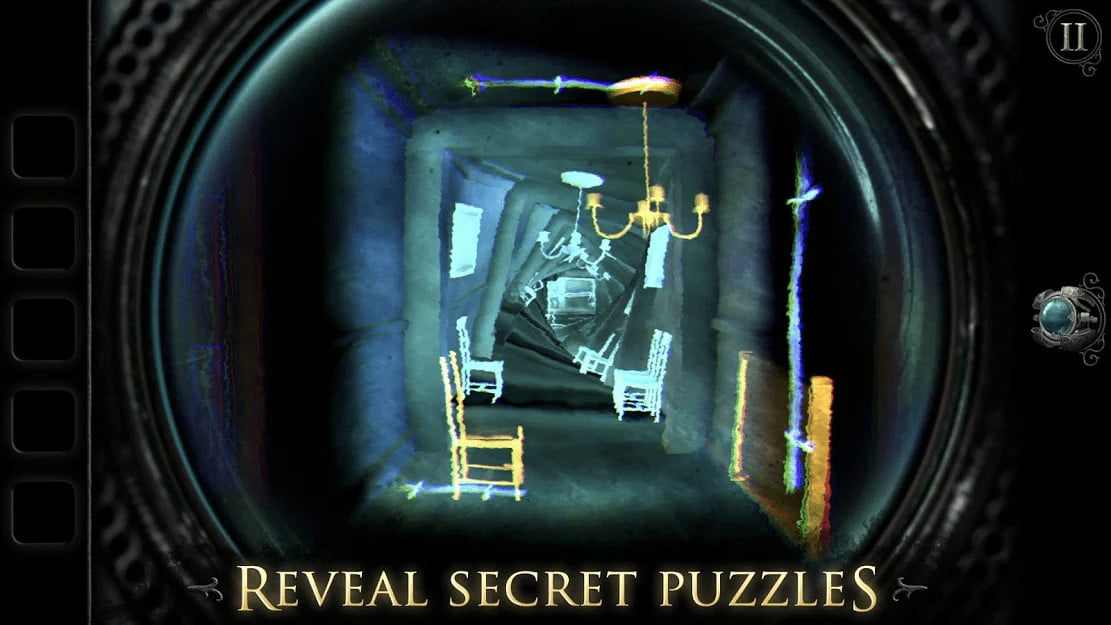 Although they look pretty simple, the puzzles in the game represent sophisticated “engineering” pieces, featuring holograms and projections. The player’s inventory consists of seemingly random things, but all of them can be used in different ways to solve the puzzles. After the player is stuck trying to figure out what to do next, the game gives them a vague hint. All in all, the game is one of the best puzzles released in 2019. It has extremely convenient and intuitive controls and is optimised to run on not very powerful smartphones. 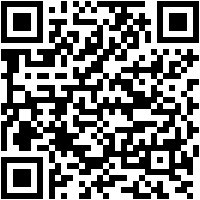 Hocus is a surrealistic puzzle game based on the drawings by Maurits Cornelis Escher, a Dutch graphic artist known for his optical illusions. The goal of the game is quite simple — you need to navigate a bright red cube through an intricate maze as quickly as possible. By swiping their finger across the screen, the player can move the cube around randomly placed obstacles.

They can also use a kind of a navigation panel with directional arrows at the top of the screen. The player’s task is made even more complicated due to the optical illusions the maze is rife with. Once the cube crosses the finishing line, the level is considered completed.

This minimalistic and addictive puzzle game will surely put your spatial thinking to the test. Being a perspective-based game, Hocus is more complicated than it might seem at first glance. The game has over 100 different puzzles, and you can even create your own versions to challenge other players. Hocus also features stunning graphics and relaxing music.

It has no ads, timer or restrictions on the number of actions. So, it is worth remembering that unsolvable and impossible tasks do not exist.

Special Mention: 2048 And Its Exciting variations 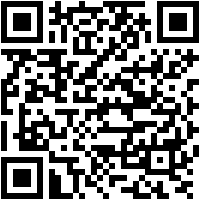 2048 is a remarkable puzzle game that was developed by an Italian web developer named Gabriele Cirulli. All you need to do in the game is to join the tiles with a similar number. Finally, when a single tile display 2048, you win the game. Right after the release, the game became a huge hit and experienced traffic of around 4 million users in less than a week.

You can enjoy the 2048 game on the GameMora site very easily. Most importantly, the game can be enjoyed on Android, iOS or any other operating system using any browser. On GameMora, 2048 and many of its other variations are available. You can play 2048 Doge, 2048 Tetris, and 2048 Cupcakes, etc.