The Poco X4 Pro 5G was launched in February last year, so we expect the successor to be launched next month too. The X4 Pro 5G was a rebrand of the Redmi Note 11 Pro 5G and featured a Snapdragon 695 5G chipset, a 120Hz AMOLED display, 67W fast charging & more. In the Indian market, the phone was launched in March, and the starting price was ₹18,999. There are reports that the Poco X5 Pro 5G is launching earlier than expected in the Indian market, probably in the last week of this month.

Today, we got the live images of the Poco X5 Pro 5G and its retail box, courtesy of @JAOLtech on Twitter. The key specifications of the phone were shared too, which reveal that the X5 Pro 5G is a rebranded Redmi Note 12 Pro Speed Edition. Design-wise, the phone has the iconic Poco Yellow color option and the Poco branding on the right side of the camera module, similar to the branding on the Redmi Note 12 Pro Speed Edition. 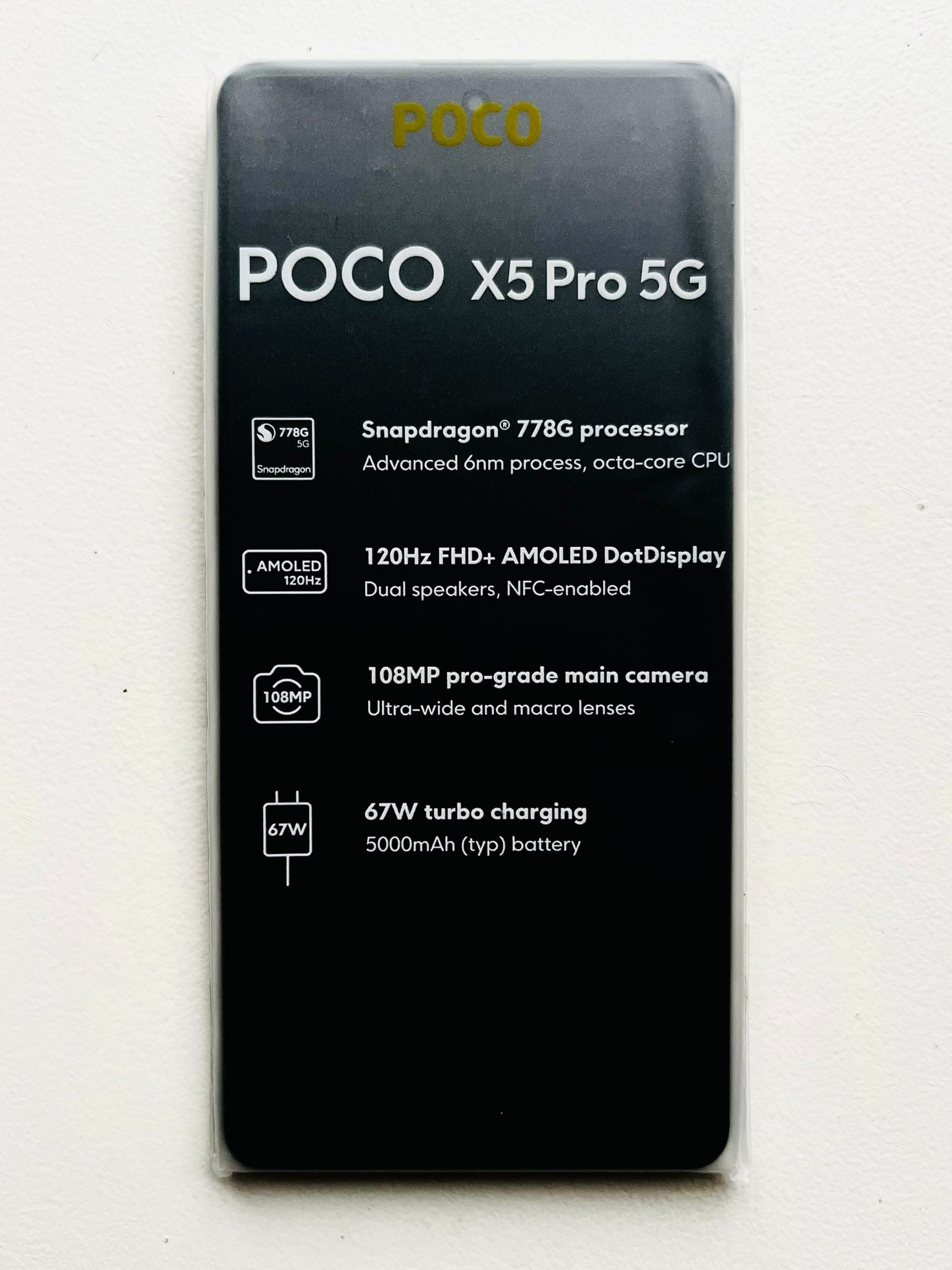 There is a flat display on the front with a hole punch cutout in the middle. The fingerprint sensor is on the right side and doubles as the power button. There are stereo speakers with Dolby Atmos,  NFC, IR Blaster, a 3.5mm headphone jack, X-axis linear motor, and an IP53 rating. 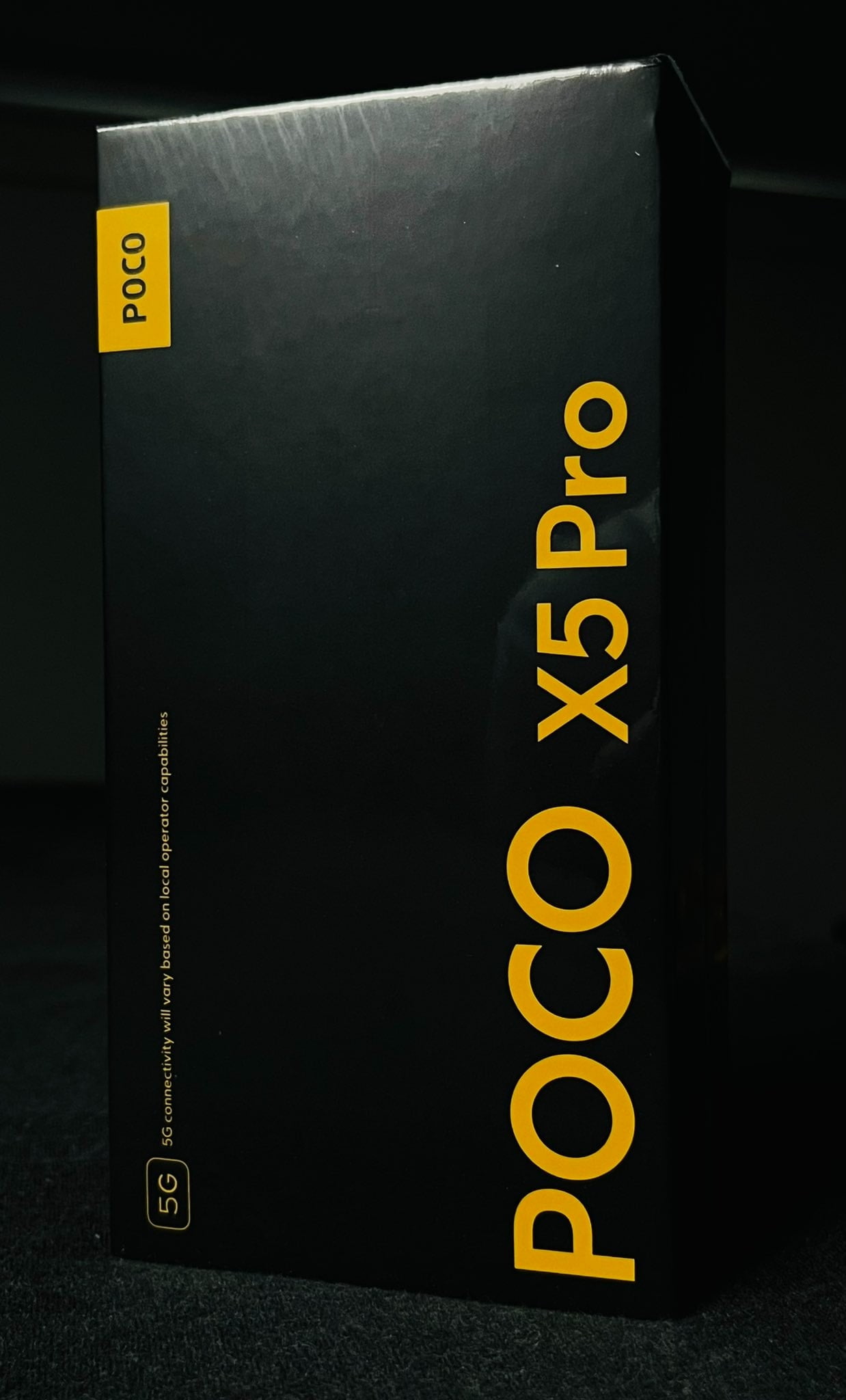 The specifications are the same as Redmi Note 12 Pro Speed Edition. There is a 6.67-inch 120Hz AMOLED display with 900nit brightness, a 2.9mm chin, and Dolby Vision support. The chipset is Snapdragon 778G, and LPDDR4X RAM + UFS 2.2 storage. The phone has a large 5,000mAH battery with 67W fast charging support.

Camera-wise, Poco X5 Pro 5G has three rear cameras. The primary camera has a 108MP Samsung HM2 sensor, the ultrawide camera has an 8MP sensor, and the macro camera has a 2MP sensor. For selfies, the phone has a 16MP camera.

In the Chinese market, Redmi Note 12 Pro Speed Edition launched with MIUI 14, but the same cannot be said for the Poco X5 Pro 5G.

The launch date has not yet been announced.