The "True" successor of Poco F1 is finally here!

It is 2018, the month of August. Xiaomi, out of nowhere, starts teasing a phone under a new series named “POCO”. We wonder what are we going to get. On the 22nd of August, we get the Poco F1 by Xiaomi. A phone that disrupted the whole smartphone market as it offered specs such as 2018’s flagship Snapdragon 845 chipset, liquid cooling, stereo speakers, the same camera sensor as on the Pixel 3, UFS 2.1 storage, and more for a price equivalent to $299! More than two years have passed since then and even today, no phone has got an as good price to performance ratio as that phone.

Well today, we got the “true” successor of the Poco F1, named the Poco F3. Nope, it isn’t some new, out of the blue phone from Poco as it is just a rebrand of the Redmi K40 that is already official in China. This phone was made official today alongside the Poco X3 Pro, about which we already have an article that you can read here.

Just like the Poco F1, the specs alone don’t make it a special phone. In fact, it is the price at which it was launched today that makes it a true successor of the F1. The phone launched at EUR 349 which translates to around $415. But, the early bird offer brings the price down to EUR 299 or around $350! And do you know what do you get for this price? Snapdragon 870 SOC, a 120Hz AMOLED, Stereo Speakers, Gorilla Glass 5 on the front and rear, LPDDR5 RAM, UFS 3.1 storage, and more.

Design-wise, there is Gorilla Glass 5 on the front and the back, a flat display with a single hole-punch cutout in the middle, and a triple camera setup on the rear. The hole-punch cutout is very tiny at just 2.76mm. The fingerprint scanner is placed on the right side and doubles as the power button. There is no 3.5mm headphone jack on this phone but you do get a Type-C to 3.5mm adapter in the box.

On the front, there is a gorgeous 6.67-inch Samsung’s E4 AMOLED panel featuring Full-HD+ resolution and a 120Hz refresh rate. The touch-sampling-rate of this panel is 360Hz and there is 900 nits of brightness and 1300 nits of peak brightness. This panel supports MEMC and HDR10+. As we got to know during the launch of the Redmi K40, this is one of the most expensive flat AMOLED panels in the smartphone industry right now.

Under the hood, Poco F3 has got the Snapdragon 870 5G SOC and it is a successor of last year’s Snapdragon 865+, offering CPU clock speeds of up to 3.2GHz, the highest of any Snapdragon chip. There is also LPDDR5 RAM and UFS 3.1 storage. The phone has a 4,520mAh battery and supports 33W fast charging. The 33W adapter is provided in the box. 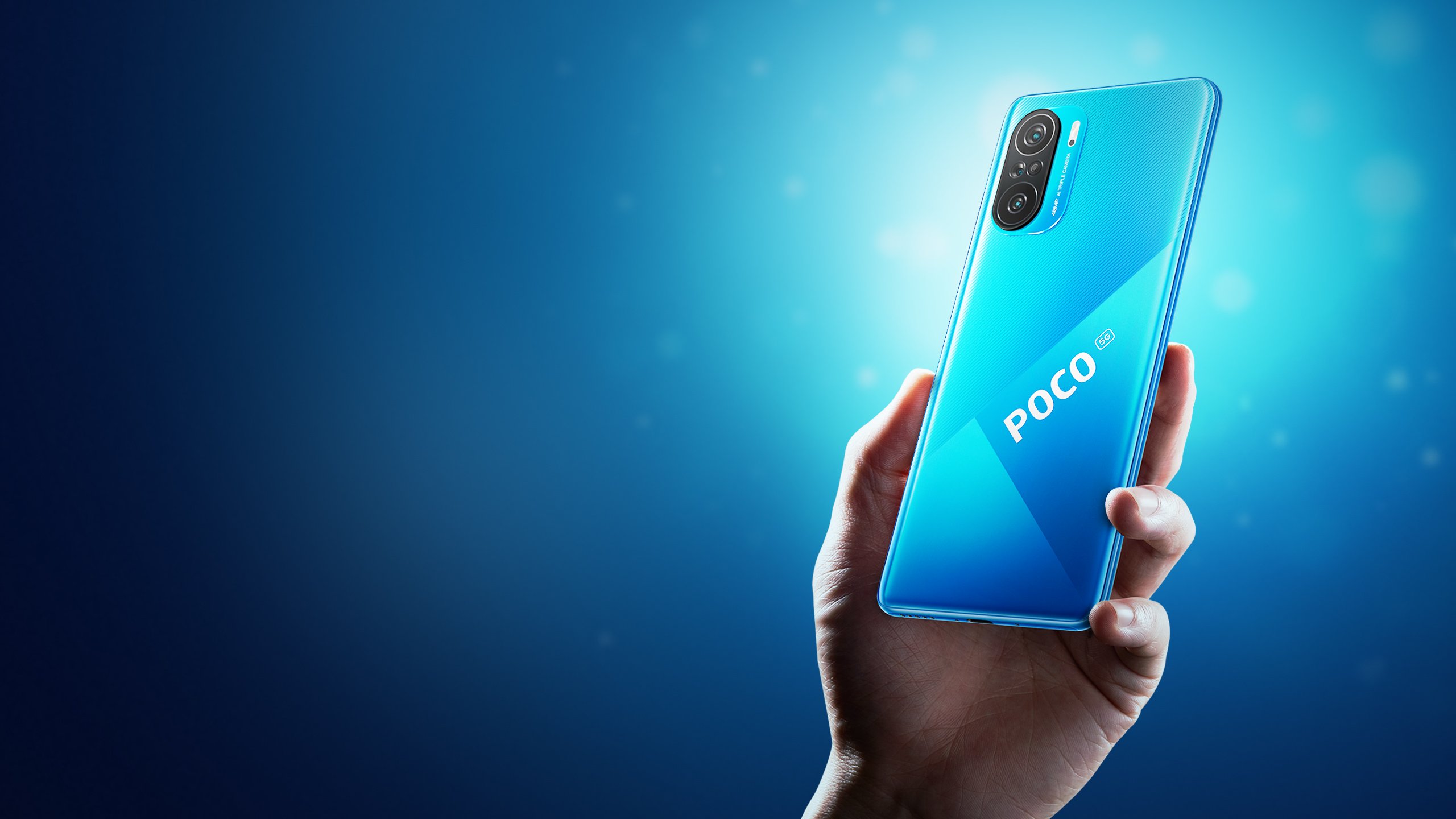 The cameras are not the best thing about this phone. There are three on the back and they include a primary 48 Megapixel Sony IMX582 sensor paired with an 8 Megapixel ultrawide unit and a 5 Megapixel macro sensor. The primary camera can shoot up to 4K 30fps videos. There is a 20 Megapixel camera for selfies. Poco F3 Pro comes in three colors named Deep Ocean Blue, Arctic White, and Night Black. There are two storage options and here is the pricing for the European market –

The Early Bird Prices are for sales between March 27th and April 6th.