Design is definitely one of the highlights of these phones

Six months after the launch of Reno4 series in China, Oppo launched the Reno5 series in China today & if you don’t know, Oppo follows the half-yearly upgrade timeline, so that’s why we get two Reno series in a year. Anyways, there is not a significant upgrade in the overall design except for the Reno Glow 2.0 which means there is a new gradient finish on the rear panels. Both the Oppo Reno5 & Reno5 Pro are 5G phones, but the SOC powering them are different. While the Reno5 gets the Snapdragon 765G SOC, the Reno5 Pro has the MediaTek Dimensity 1000+ flagship chipset. 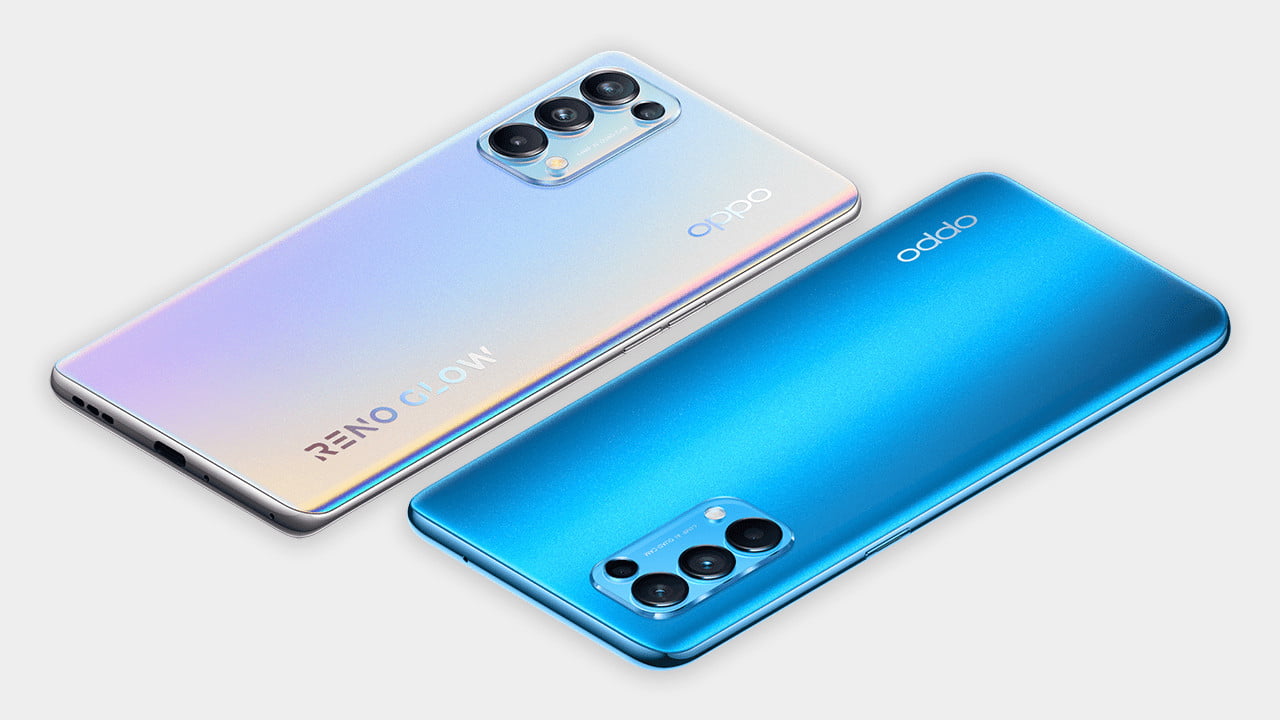 Design-wise, it is not easy to differentiate between these two phones unless you know the color options for each. This is because both the phones have the same camera setup design that includes four cameras & the LED flash. The design is completely different from the front, though, because while the Oppo Reno5 has a flat screen with a single hole-punch cutout on the top left corner, the Reno5 Pro has a curved display with the hole-punch placed at the same location.

There is a glass back that has a unique texture over it which not only helps in getting a fine grip but also reduces the fingerprints. The color options with the “Reno Glow” branding are named so because depending on how light falls on the back, the colors change. There is a 3.5mm headphone jack on the Reno5, but it is not there on the Reno5 Pro.

Speaking of the screens on both the phones, Reno5 has a 6.43-inch Full-HD+ OLED with 430nits brightness, 90Hz refresh rate & 180Hz touch-sampling-rate. The Reno5 Pro has a 500nits 6.55-inch curved OLED with Full-HD+ resolution & 90Hz refresh rate. As mentioned in the beginning, the Reno5 is powered by the Snapdragon 765G SOC whereas the Reno5 Pro gets the Dimensity 1000+. Both the phones offer 8 or 12GB RAM paired with 128GB or 256GB UFS 2.1 storage. There is no support for memory expansion.

Interestingly, both phones have the same set of cameras. So both have a 64 Megapixel primary shooter with f/1.7 aperture paired with an 8 Megapixel ultrawide camera, a 2 Megapixel B&W sensor & a 2 Megapixel macro camera. On the front, there is a 32 Megapixel camera for selfies. Both the phones, despite having different chipsets, can shoot up to 4K 30fps videos via the primary rear camera.

Finally, the Oppo Reno5 has a 4,200mAh battery while the Reno5 Pro has a 4,250mAh battery. Both the phones support 65W Fast Charging. There is an in-display fingerprint scanner on both. Color OS 11 based on Android 11.1 runs out of the box. 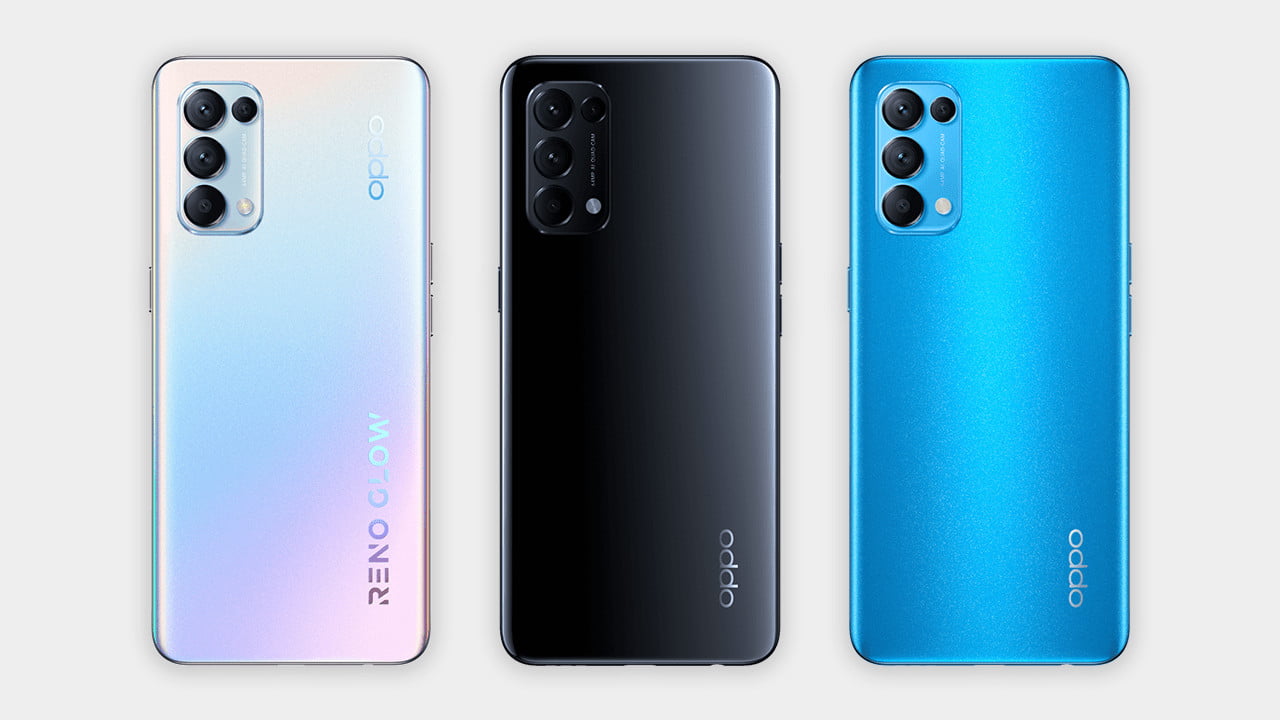 Reno5 comes in three color options among which only one has the unique gradient design with “Reno Glow” branding. The other two colors are Black & Blue. Here is the pricing for China – The Reno5 Pro comes in three “Reno Glow” color options & also in Black. Here is the price for China –

Both the phones are up for pre-order in China at the moment. There is no word from Oppo on the global launch yet.