Both of these are 5G phones with MediaTek Dimensity SOCs

Almost two months after their launch in China, the Oppo Reno 6 series went official in the Indian market today. Oppo brought only two of the three Reno 6 series phones in India – the vanilla Reno 6 & the Reno 6 Pro. As we know, the Reno series of phones are known for their attractive & premium design, and the Reno 6 series is no exception. Design-wise, there isn’t a massive upgrade over the Reno 5 series of last year. But, there are some subtle design tweaks this time, for example, the vanilla Reno 6 has flat edges similar to the iPhone 12 series.

Since these phones went official in May, we won’t be talking about each of them in detail in this article. In short, the vanilla Reno 6 has flat edges & there is a triple camera setup on the rear. The Reno Glow design on the rear is still present, which the company introduced with the Reno 4 series. But this time, there is no hue “RENO GLOW” branding on the rear. The phone is quite slim at 7.59mm & also not very heavy at 182 grams.

Under the hood, it is rocking the MediaTek Dimensity 900 5G SOC which makes it the first phone powered by Dimensity 900 in India. This is a 6nm chipset featuring high-performance CPU cores clocked at up to 2.4GHz. This chip is paired with 8GB of RAM & 128GB storage, so there is no 6GB variant. To keep the phone cool during heavy tasks, there is a multi-cooling system that includes a graphite sheet & vapor chamber. For better haptics, the phone has a Z-axis linear motor. 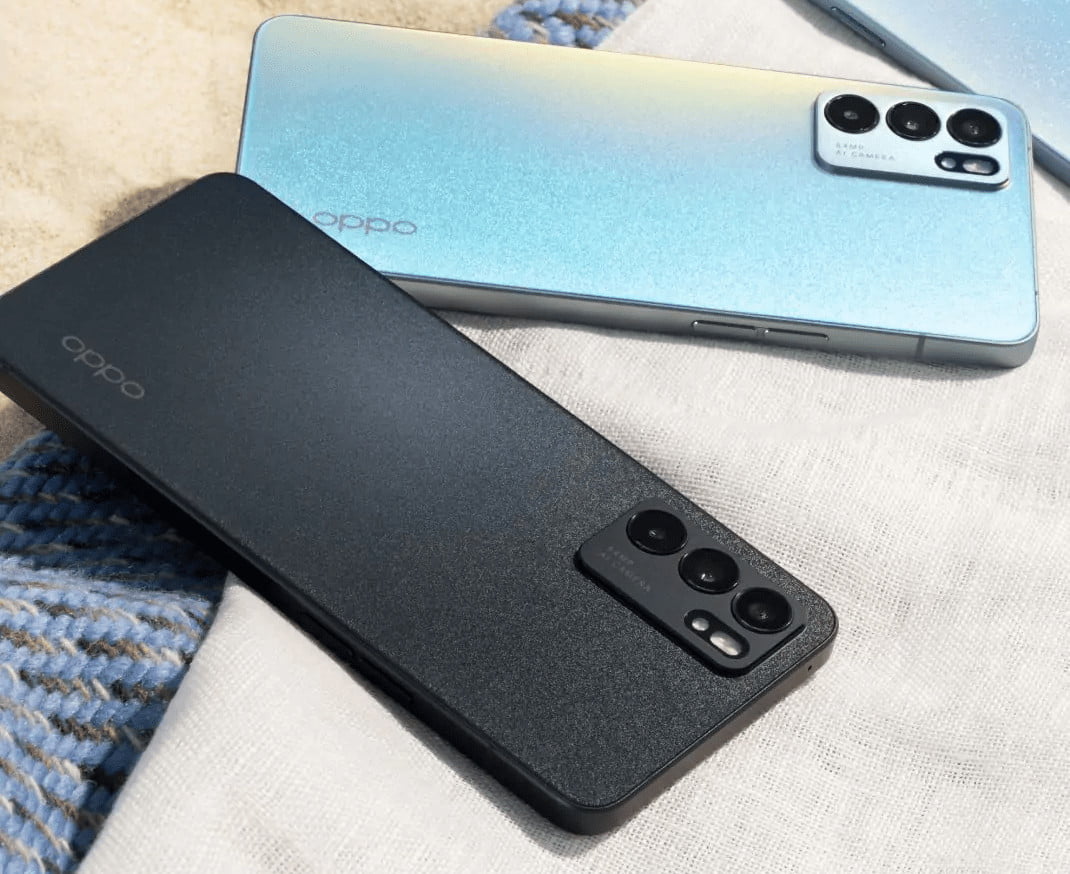 On the back, the phone features a triple camera setup that includes a primary 64 Megapixel main camera, an 8 Megapixel secondary shooter & a 2 Megapixel macro camera. There is a 32 Megapixel camera on the front. Speaking of the front, Oppo Reno 6 has a 90Hz 6.43-inch AMOLED with Corning Gorilla Glass 5 protection. The battery size is 4,300mAh & there is support for 65W fast charging. Finally, the fingerprint scanner is placed under the display, and ColoroS 11.3 runs out of the box.

Speaking of the Oppo Reno 6 Pro, it doesn’t have the same flat edges as in the case of the Reno 6. Apart from that, the design is mostly the same. There is a bigger 6.55-inch display, and it is the same 90Hz AMOLED with an in-display fingerprint scanner. The display comes with curved edges.

The chipset is MediaTek Dimensity 1200 5G, the same SOC which powers Realme X7 Max, the upcoming Nord 2 & the Poco F3 GT. The camera setup is mostly the same as Reno 6, but there is an extra 2 Megapixel B&W sensor on the back. So there is a 64MP + 8MP + 2MP + 2MP quad-camera setup on the rear & a 32 Megapixel selfie camera.

The phone does get a bigger battery than the Reno 6 at 4,500mAh, but the charging speed remains the same at 65W.