Oppo Ace 2 is set to launch in China on April 13th so just a few days are now left for the launch. Well, Oppo doesn’t want to hide anything until the launch as the company has already listed the Ace 2 on its official website. This listing obviously doesn’t reveal the price or the full specifications but reveals the design and also the two colour options.

The first colour is named ‘Fantasy Purple’ and as we can see, the design is similar to what the previous leaks revealed. There is a circular camera module on the rear that has Quad cameras in it. The camera bump seems to be pretty big. In the camera module, we can also notice the ‘Ultra-HD Camera’ text. The back has a subtle wave-like pattern and there is Oppo branding on the bottom.

The second colour is named ‘Rock Gray’. The Oppo Ace 2 features a punch-hole display on the front with a single selfie camera placed on the top left corner in a punch-hole cutout/ The volume rockers are present on the left side while the power button is on the right side. Now, since the bottom side is not shown in the press renders, it is hard to say if there is a 3.5mm headphone jack or not. 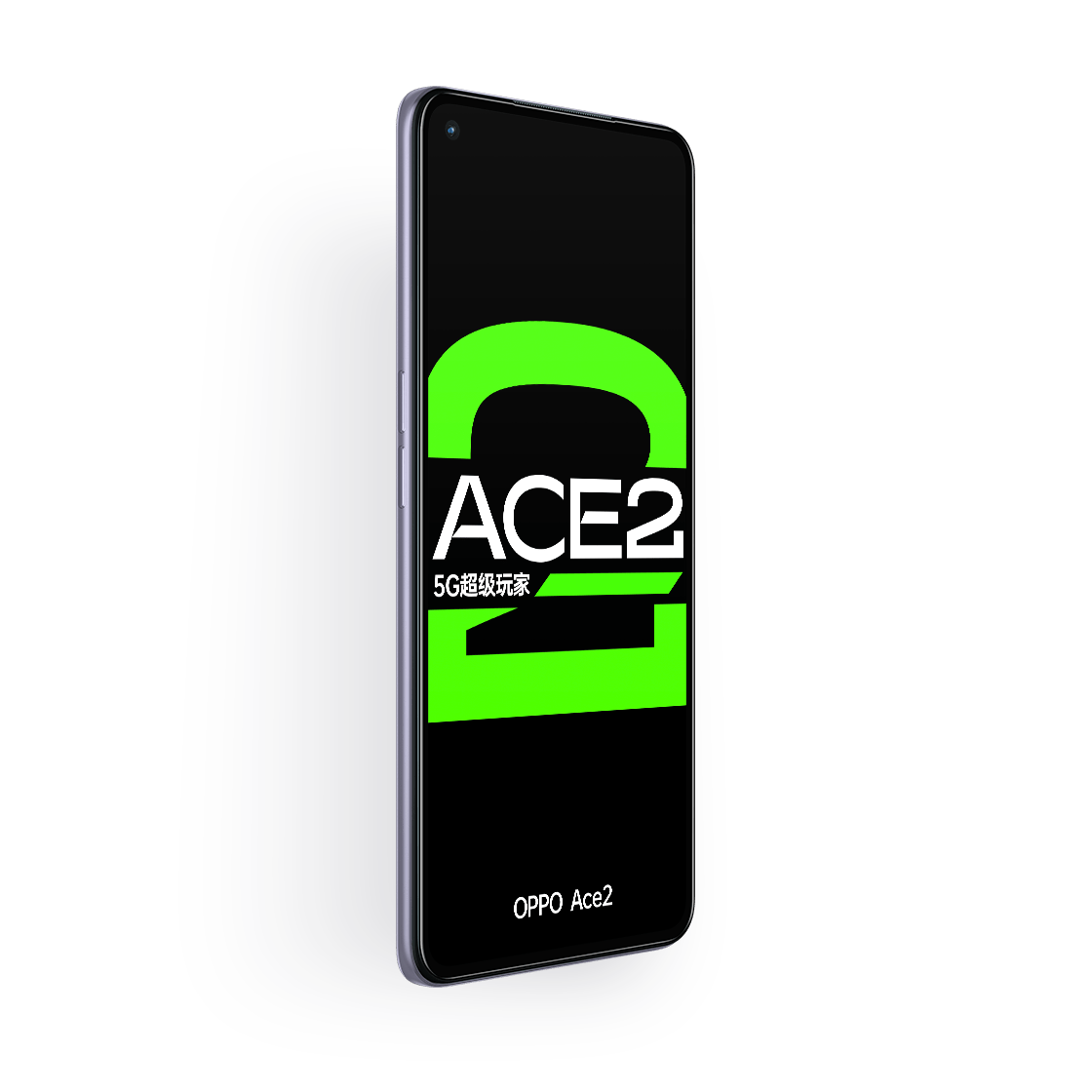 The phone recently scored over 560,000 on AnTuTu benchmark, so performance-wise, this is definitely a good flagship from Oppo.