When it comes to the custom Android skins, MIUI is one of the most popular out there that is not only feature-packed but also very stable (And also comes with ads!). Currently, MIUI 10 is the latest version of this custom skin, but the company has already started working on the next version, i.e., MIUI 11.

When Xiaomi announced the list of phones getting MIUI 10 last year, then the list included some old phones as well like the Redmi 3, 3S etc. Same is going to be the case with the MIUI 11 Update as the list of phones eligible for it is now out.

The list includes not only the latest Xiaomi phones and phones from a past couple of years but also phones even older than that. This is not something surprising since MIUI 11 is just an update to the Xiaomi’s custom skin and not the Android OS. So, even if your old Xiaomi device runs on Android Nougat or Oreo with MIUI 10, then you won’t get Android Pie with MIUI 11.

The list includes not only the ‘Mi’ phones but also the ‘Redmi’ phones. As you know, ‘Redmi’ is now a sub-brand of Xiaomi and so, its phones use the same skin as all the Xiaomi devices.

So, as you can see, around 40 Xiaomi phones will reportedly get the official MIUI 11 Update and not only the phones launched in past couple of years, but also the phones like Mi Note 2, Redmi 3S etc. will get the update which launched in 2016. 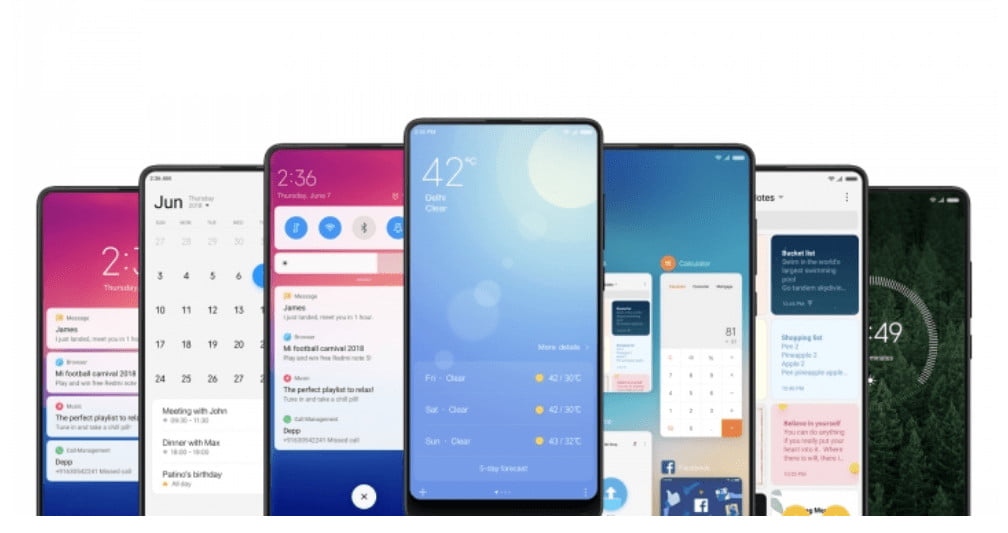 Xiaomi usually makes it latest MIUI version official sometime in June-July every year, so we are expecting the same this year as well. We don’t know much about the new features that MIUI 11 is coming with but expect a much smoother UI, new icons and other significant design changes. Moreover, the Xiaomi Foldable Phone is also coming this year so the MIUI 11 will be optimized for that.

Is your phone in the list of Xiaomi Phones getting the MIUI 11 Update? Do let us know via the comments section.