After some leaks and rumors, the Nokia X7 was launched in China today, and it is most probably coming globally as the Nokia 7.1 Plus. FYI, the Nokia 7.1 is already official, but the ‘Plus’ version is bringing some significant design and specs changes with it. The X7 was launched with aggressive pricing in China, and if the phone comes globally at the same price, it will be a huge hit from Nokia. For a starting price of CNY 1,700 or $245, you are getting the Snapdragon 710 Processor, a big battery, Dual cameras, and premium design. 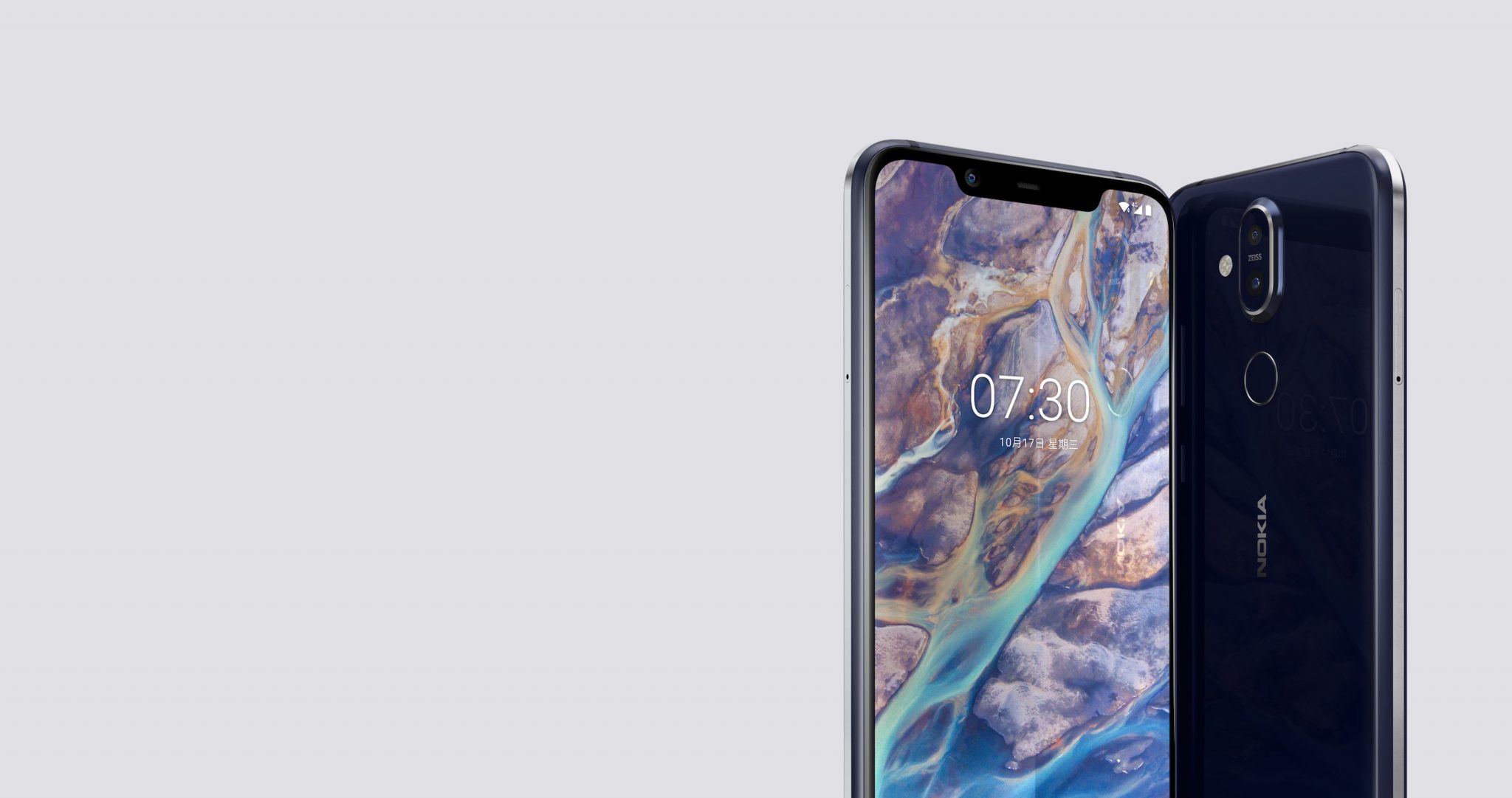 Just like the Nokia 5.1 Plus, 6.1 Plus and Nokia 7.1, the Nokia X7 features a glass back with aluminum frame. The phone is 7.97mm thick and has 2.5D Glass on the front as well as the rear. On the rear, there is a dual camera setup that is raised a bit, and below that is the fingerprint scanner. The USB Type-C Port is placed on the bottom, and the company didn’t skip the 3.5mm headphone jack which is a good thing. 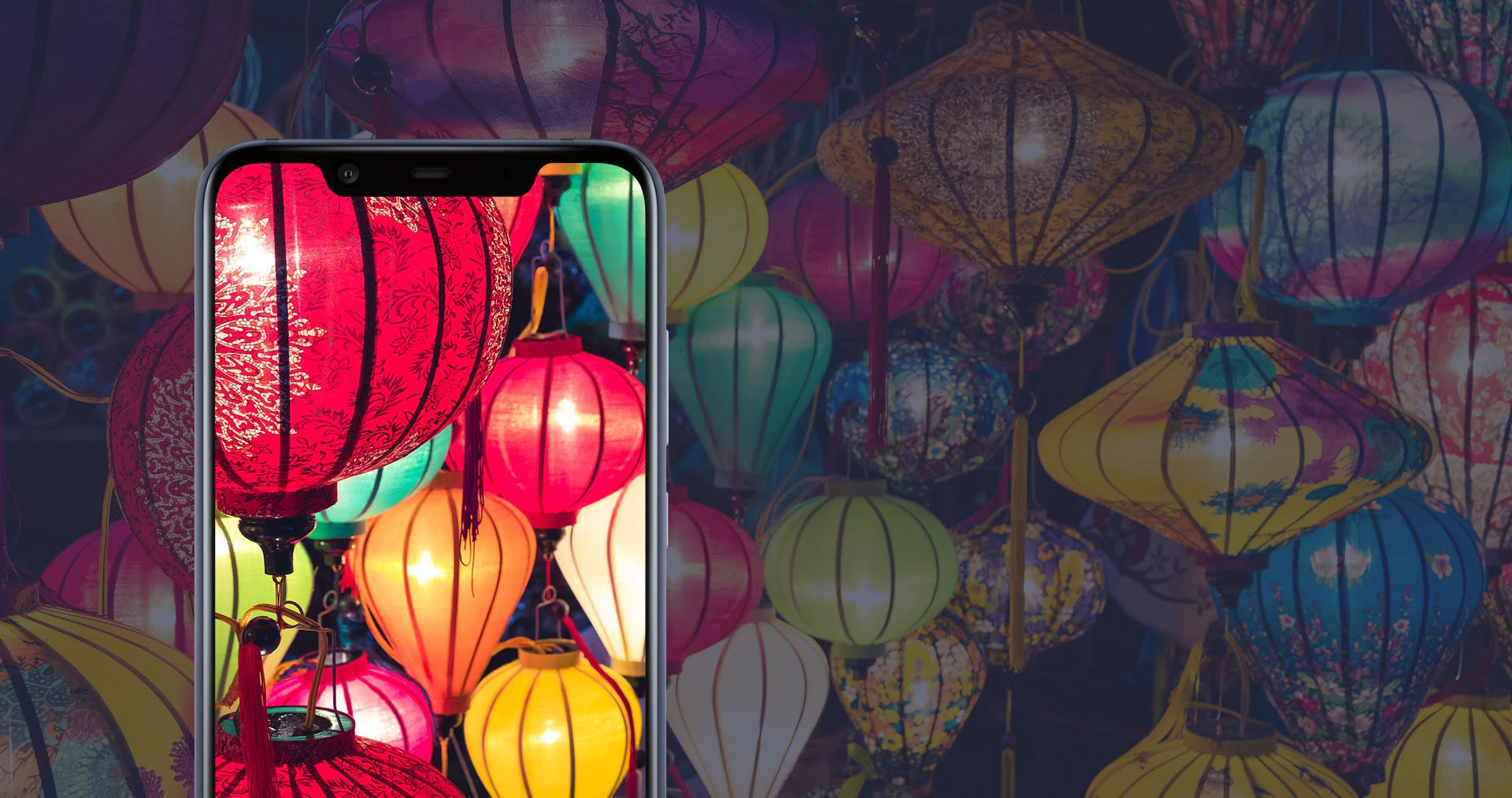 On the front, the X7 or the Nokia 7.1 Plus has a 6.18-inch Full-HD+ IPS LCD with an aspect ratio of 18.7:9, 500 nits brightness, 1500:1 contrast ratio, DCI-P3 support, and Gorilla Glass Protection. Just like the Nokia 7.1, the X7 has a PureDisplay technology that does real-time SDR to HDR video conversion. The phone has a notch on top, but this notch is pretty bigger than the one on Nokia 7.1. The screen-to-body ratio is 86.5% as there is a chin on the bottom. 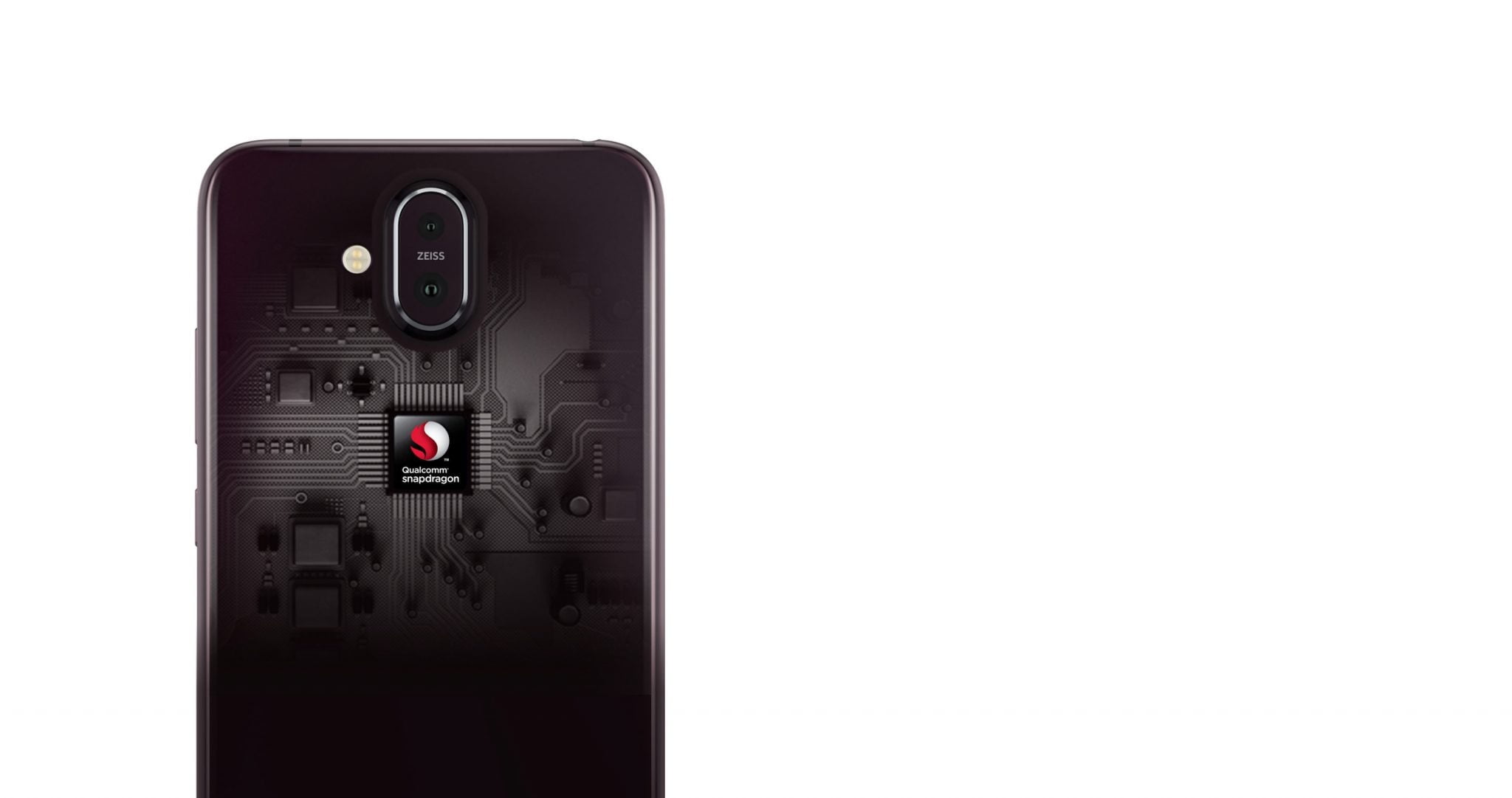 We were disappointed when the Nokia 7.1 launched with Snapdragon 636 processor, i.e., the same chipset that powers the Nokia 6.1 Plus. But with the latest Nokia X7, we get the best mid-range processor right now, i.e., the Qualcomm Snapdragon 710. It is a 10nm processor with clock speed up to 2.2GHz. It consists of powerful Kryo 360 cores and the Adreno 616 GPU. There is 4/6GB RAM and 64/128GB internal storage. The phone also supports micro SD card up to 400GB. 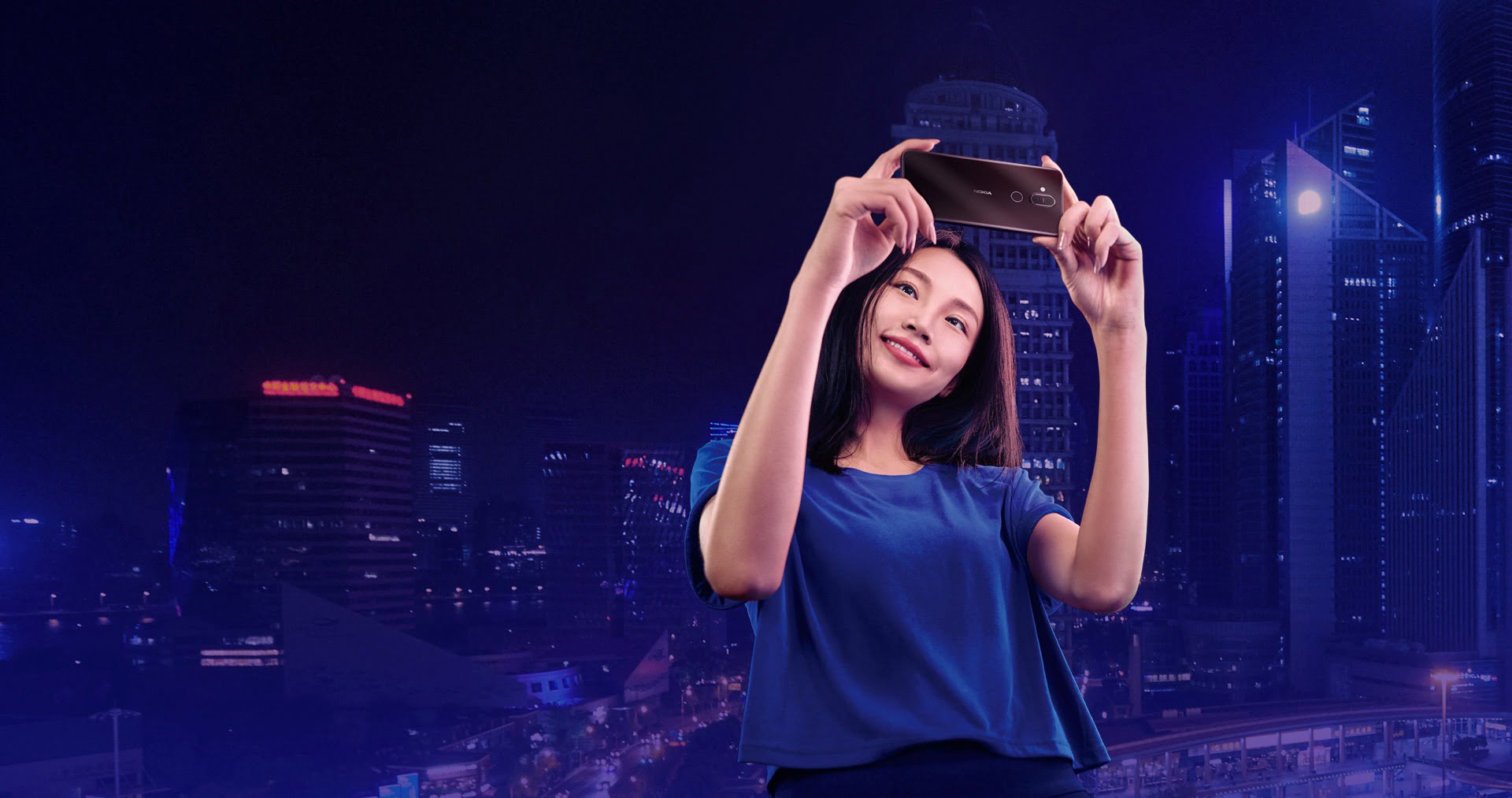 Talking about the cameras, the Nokia X7 or the Nokia 7.1 Plus has a dual camera setup on the back that includes a primary 12MP Sony IMX363 sensor with f/1.8 aperture, OIS and 1.4um pixels + a secondary 13MP camera that is most probably a depth sensor. On the front, there is a 20MP camera with Pixel Binning technology (Combining 4 Pixels into One). There are also AI Features like Bokeh Mode, Scene Recognition, etc. 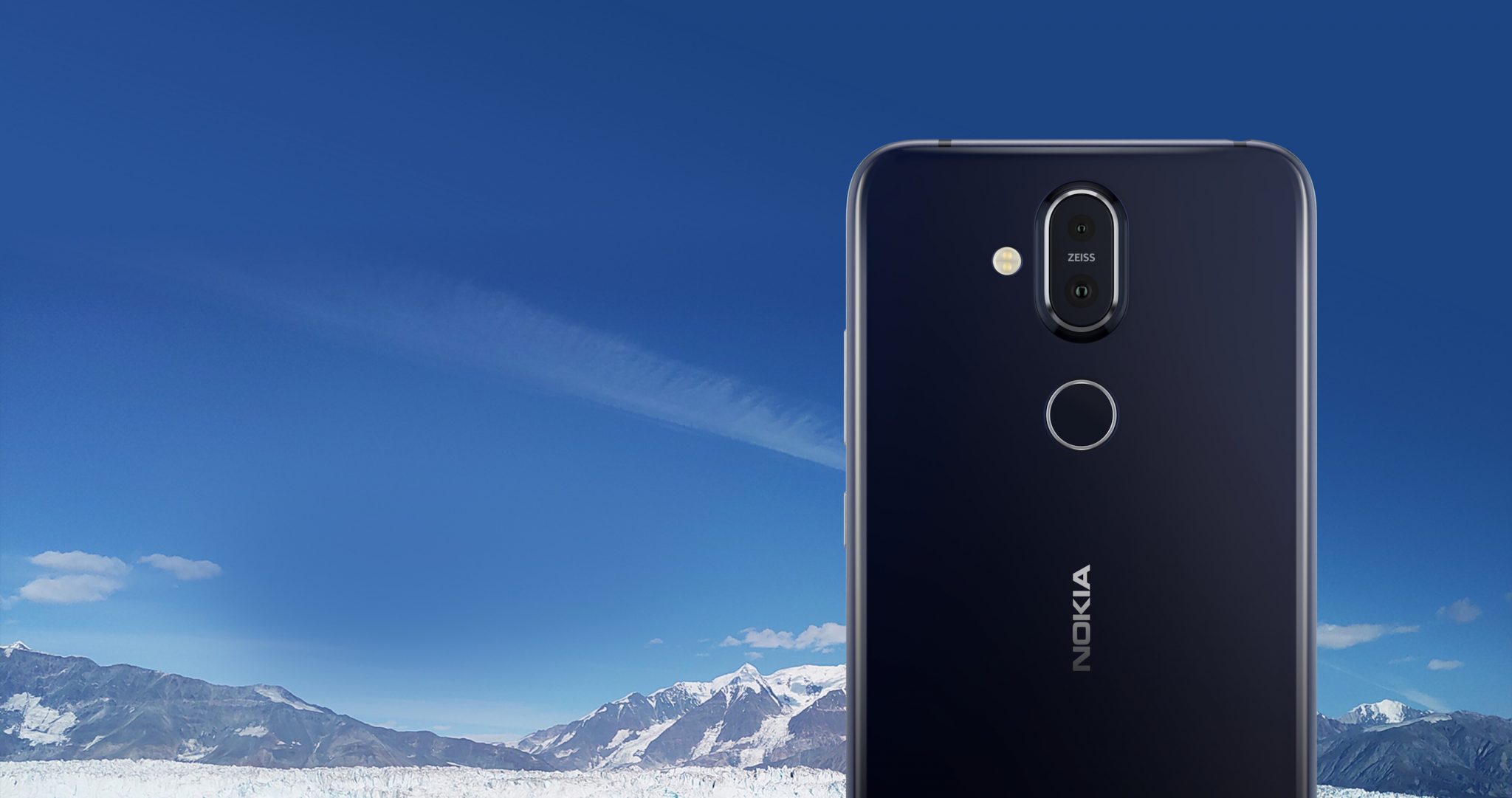 The Nokia X7 has a big 3,500mAh battery underneath that supports 18W Fast Charging as well. Android 8.1.0 Oreo runs out of the box, and if the phone launches globally, it will come with Android One branding.

Finally, talking about the pricing and availability, the Nokia 7.1 Plus or the Nokia X7 is available to pre-order from JD.com in China. The phone comes in four colors – Dark Blue, Silver, Black and Night Red. Here is the pricing of the phone in China –

So, would you go for the Nokia 7.1 Plus or the X7 if it launches globally at this pricing? Do let us know via the comments section.