Patents Reveal Nokia Might Be Working on a Foldable Smartphone

Nokia is a company that never stops innovating. It was nowhere since the past few years, but now, Nokia is finally back into what it does the best. The Nokia 6 might be a Nokia smartphone, but it still failed to impress us a lot due to that price tag for what we are getting. But, there is no doubt that we all are excited to see what Nokia has for us next. Well, we are hearing the ‘Foldable Smartphone’ thing from past couple of year which was most heard last year due to some leaks that revealed that Samsung is working on one. Also, sources were claiming that Apple and LG are on the list too! But, are we forgetting something? What about the company that is a true definition of innovation? We are talking about Nokia!

A FOLDABLE SMARTPHONE FROM NOKIA? 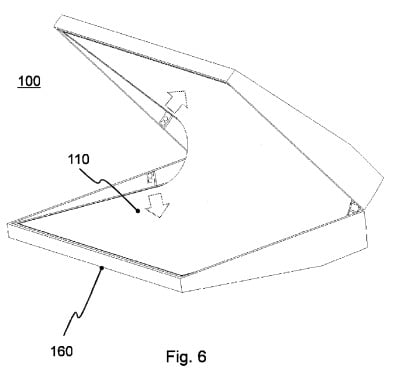 Some patents have leaked that reveal that Nokia might be the next after Samsung, LG, and Apple to enter the list of manufacturers releasing a Foldable Smartphone. USPTO or US Patent & Trademark Office had granted the patent for ‘Foldable Device’ to Nokia which was revealed today when the database of USPTO was searched. In case you don’t know, the United States Patent and Trademark Office is an agency in the U.S. Department of Commerce that issues patents to inventors and businesses for their inventions, and trademark registration for product and intellectual property identification.( Via: Wikipedia). Well, this surely indicated that Nokia is working on a Foldable Device that is a Foldable Smartphone for sure because Samsung is working on the same thing which was revealed a couple of days before.

The Patent granted to Nokia has described as:

[i]n this way it is possible to provide a pocket-size device with a relatively large display (for example, a 6, 7 or 8 inch display or larger)

Well, you might be thinking that what if this turns out to be something else? How do we know that it is going to be a smartphone or tablet? In case you aren’t aware, Nokia was granted the patent for a ribbon-like he battery that could be something that will be used in upcoming Foldable Smartphone by Nokia. At the end, we will say that the future of Nokia seems bright and we are surely going to see some great devices. 🙂