Nokia launched a lot of new phones at the MWC Barcelona, but one phone that caught everyone’s attention is the Nokia 9 PureView. This is not the first time we heard this name. This phone was in the rumors from last year. It was already known that Nokia would launch a phone with five rear cameras and at it’s finally official. As we know from previous leaks, there isn’t anything special here except for the five rear cameras and an in-display fingerprint scanner. 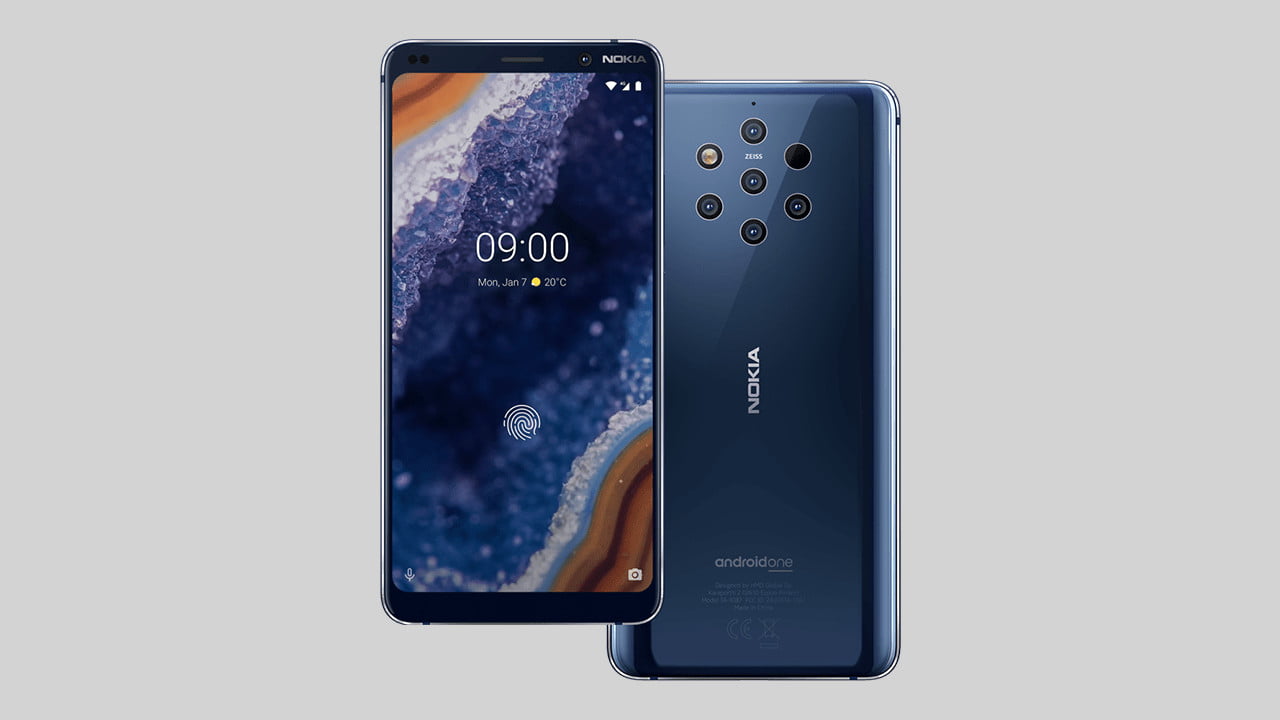 First thing first, this is the first Nokia smartphone to have an in-display fingerprint scanner and the first smartphone in the world with a Penta lens setup on the rear. When companies are launching phones with edge-to-edge displays, the Nokia 9 PureView has an 18:9 screen with a huge bottom bezel. The phone has a glass back and aluminum frame. There is no camera bump as all the five cameras sit beneath the surface. 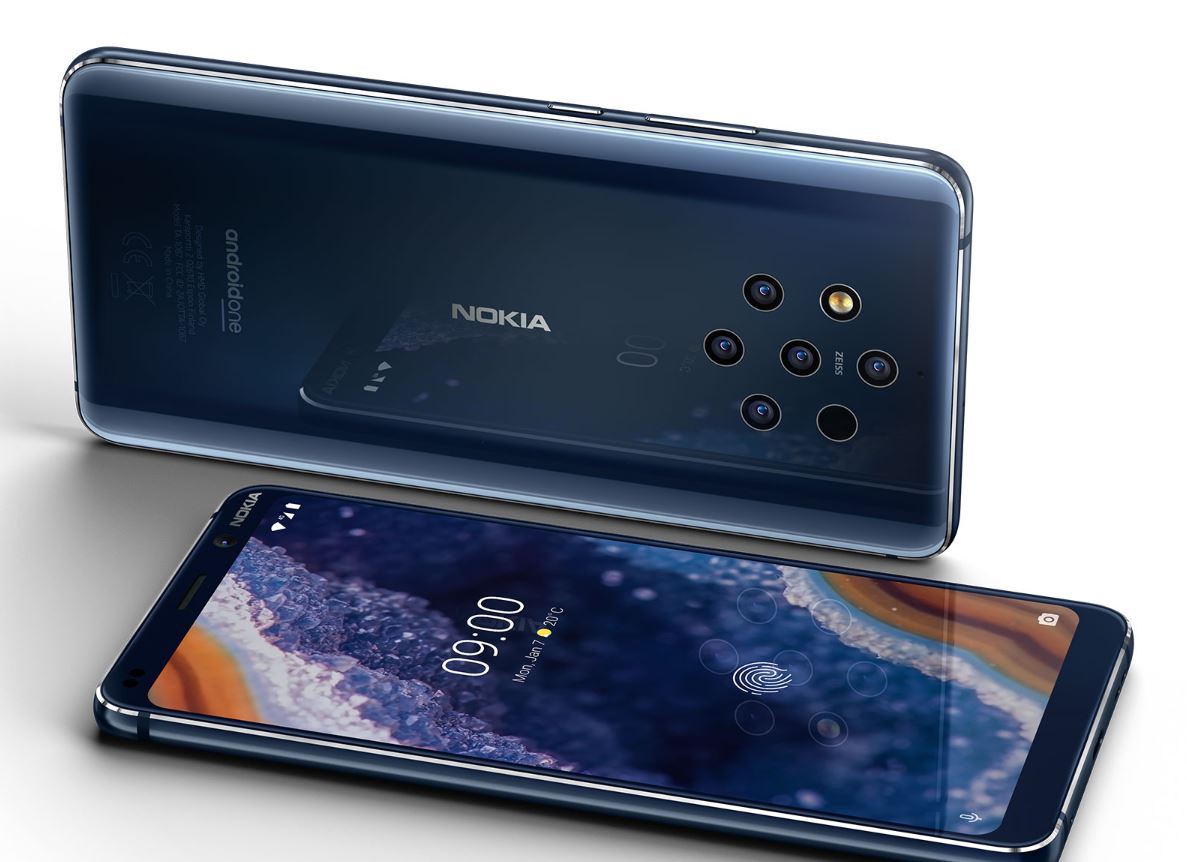 Let’s talk about those cameras first. So, despite having five rear cameras, they aren’t much different. We were expecting difference cameras like a Telephoto, wide angle, etc. but the phone has five 12MP f/1.8 cameras (all are same when it comes to aperture, focal length, etc.) where two are RGB cameras, and three are monochrome. All these cameras come with ZEISS optics.

If you look closely, you will notice that apart from the five cameras and the LED flash, there is one more circle. Well, that’s the 3D ToF sensor for depth detail. Now you might be wondering why Nokia added same five cameras on the back? Well, the photo taken from all the five cameras is combined which results in a superb dynamic range. Nokia claims that the Nokia 9 PureView can shoot photos with amazing depth information and an exceptional dynamic range. The phone also lets you Shoot and edit RAW DNG photos on the phone using the Adobe Lightroom (It doesn’t come pre-installed). On the front, there is a 20MP F/1.8 camera for selfies. The front camera can shoot better photos in low light by combining four pixels into one.

On the front, the device has a 5.99” QHD+ pOLED PureDisplay with Gorilla Glass 5 protection. There is 6GB LPDDR4X RAM and 128GB storage. The phone is also IP67 rated and doesn’t come with a headphone jack.

The Nokia 9 PureView runs on stock Android 9 Pie out of the box since it is an Android One phone. There is a 3,320mAh battery, and the phone also supports Quick Charge 3 along with Qi Wireless Charging.

Despite being a flagship from Nokia, there is the older Snapdragon 845 processor, and this is something we saw with the last year’s Nokia 8 Sirocco as well. Nokia said that the stock would be limited so maybe the company also knows that not a lot of users will be interested in it.

The price is $699, and it comes in a single color option – Midnight Blue. Let’s see in how many markets the phone launches.