Last year, Nokia 1 was launched as the cheapest offering from HMD Global’s Nokia. It was an entry-level phone running on the Android Oreo Go Edition along with some low-end specs like the MediaTek MT6737M processor & 1GB RAM. Now, it looks like the company is preparing for the launch of its successor, the Nokia 1 Plus (expected name).

TigerMobiles got the official render of the phone along with the key specifications that suggest another super cheap smartphone from the company. 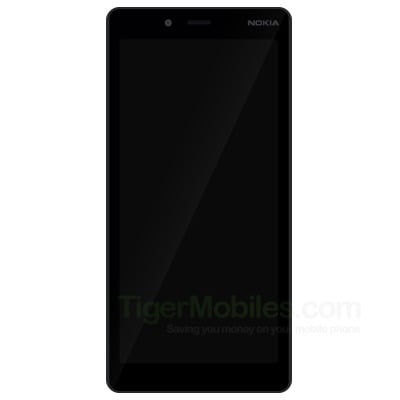 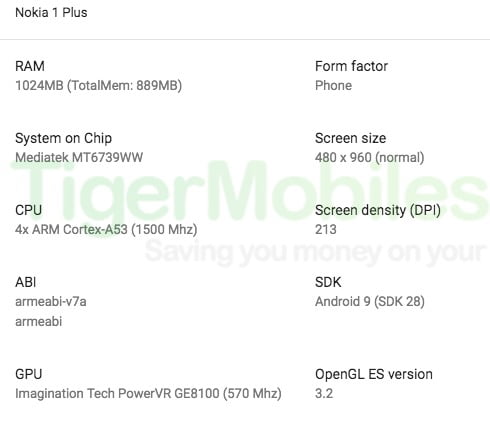 There is nothing fancy here regarding the design as the Nokia 1 Plus has an 18:9 display on the front with huge bezels all around. The display has a pixel density of 213PPI & a resolution of 480 x 960, which is also called a qHD+ (Quarter High Definition) resolution. FYI, the Nokia 1 of 2018 launched with a 16:9 screen and the same resolution. The display size was not revealed in this leak but looking at the render, we are sure that the screen is around 5 inches.

Since the Nokia 1 Plus is an entry-level phone, there is 1GB RAM and the MediaTek MT6739WW chip which is a quad-core processor with the four Cortex-A53 cores clocked at 1.5GHz. The GPU coupled with this processor is the IMG PowerVR GE8100 with a frequency up to 570MHz.

Finally, the phone runs on Android 9 Pie out of the box. Rest of the specifications like the cameras and the battery size are not yet known. The phone may launch soon as the Nokia 1 launched in February last year.