Motorola is back in the flagship segment with its new device named Motorola Edge+, and this is not yet another phone with Snapdragon 865 SOC and a lot of compromises. In fact, it is a full-fledged flagship from Motorola that will cost a thousand bucks in the US.

For the price, it offers ‘almost’ everything you would like to have on a $1000 flagship in 2020 – Qualcomm Snapdragon 865 5G SOC, a high-refresh-rate OLED curved display, a powerful camera setup, a massive battery, a 3.5mm headphone jack, Wireless Charging and more. We knew the specs before the launch (Check the specs at iTechCliq) but now that the phone is official, let’s talk about it in detail. 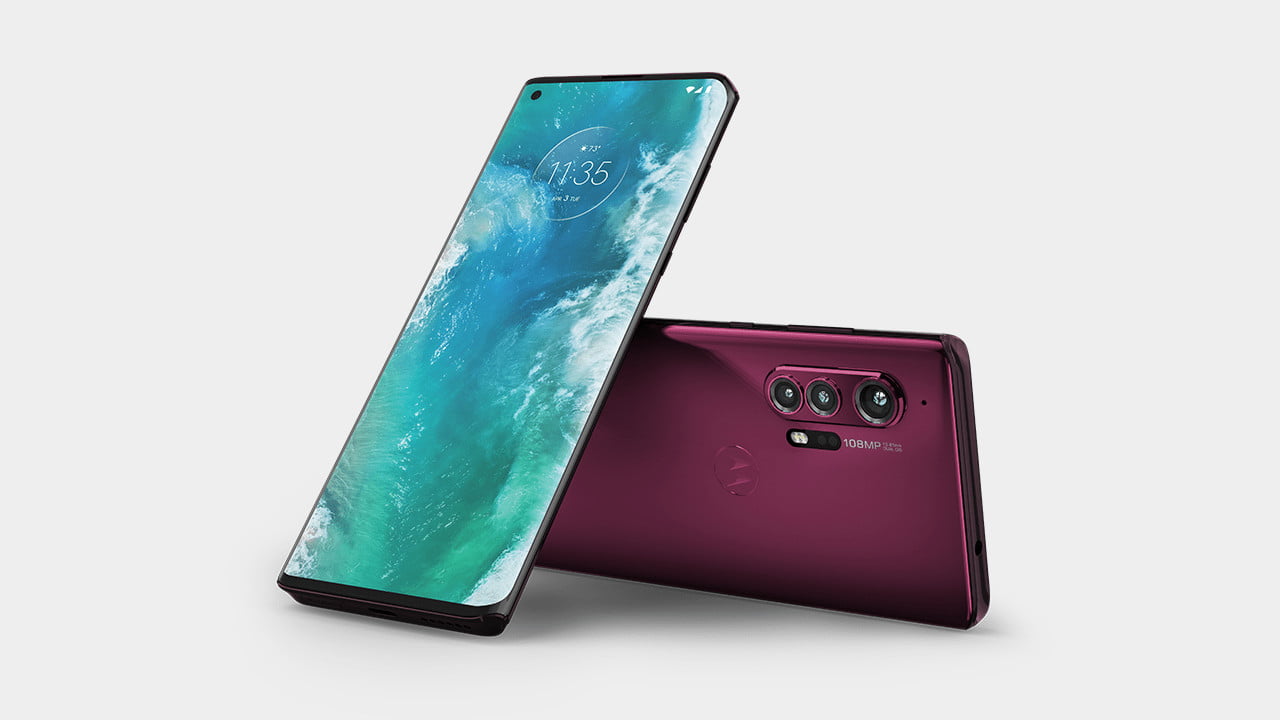 The Motorola Edge+ is a premium phone and hence has a premium build quality. There is 6000 series aluminium frame and Corning Gorilla Glass 5 on the front and back. On the front, there is a display that curved almost 90-degrees on the sides and has a hole punch on the top left. There are triple rear cameras stacked vertically and overall, the phone is pretty thick at 9.6mm. The main reason for this is a huge battery underneath.

On the top, there is a 3.5mm headphone jack, and on the bottom, there is the USB Type-C port, the SIM card tray and the speaker grill. 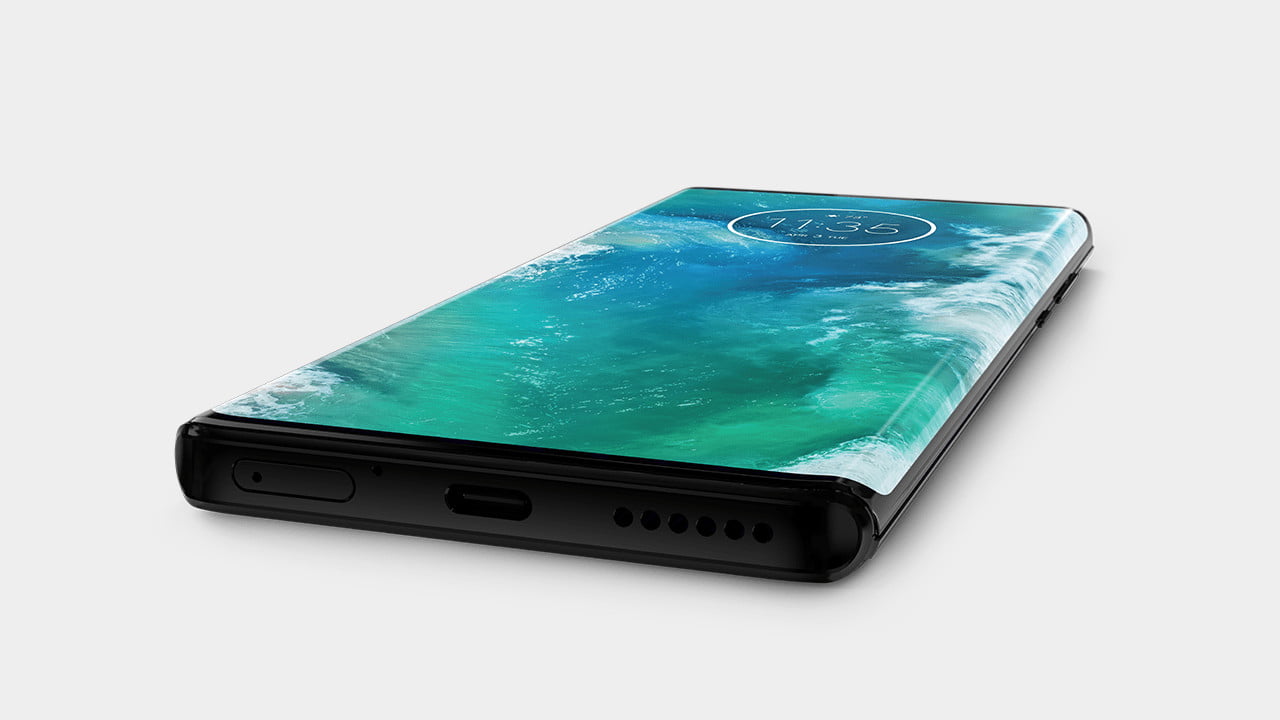 Talking about the display, Motorola calls it the ‘Endless Edge display’, and it is a 6.7-inch Full-HD+ OLED panel that is curved on the sides. It is not a 90-degree curve, so there is still space for the buttons. The display has a 90Hz refresh rate, so that’s first for any Motorola device. The aspect ratio is 19.5:9, and the screen-to-body ratio is around 93%. The fingerprint scanner is placed under the display.

Under the hood, there is the Qualcomm Snapdragon 865 5G SOC paired with 12GB LPDDR5 RAM and 256GB storage. That’s the only storage option you get in the US if you want the Motorola Edge+. 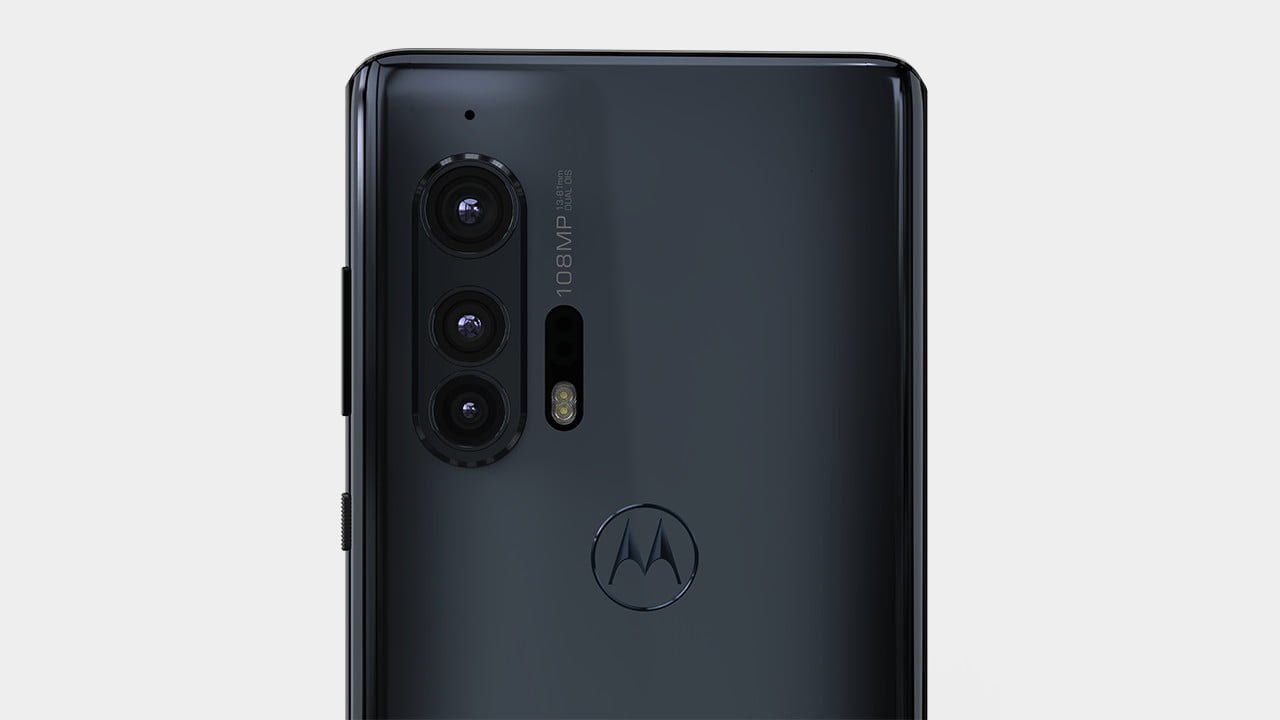 The camera setup on the rear is pretty interesting. There are triple cameras, and the primary camera has a 108 Megapixel 1/1.33″ sensor with f/1.8 aperture lens, 0.8-micron pixels, Optical Image Stabilization and Quad Pixel Technology that combines four pixels into one, resulting in a 27 Megapixel image. The secondary camera is an ultrawide camera that can also take macro shots.

Finally, there is an 8 Megapixel 3X Telephoto lens with Optical Image Stabilization.

Finally, the Motorola Edge+ packs a huge 5,000mAh battery inside and supports 18W fast charging & 15W Wireless Charging. There is also support for 5W Reverse Wireless Charging. Android 10 runs out of the box and in the typical Motorola style, it is a stock Android experience with just a few Motorola apps. The phone has stereos speakers tuned by Waves.

One con of the phone is the lack of any IP rating. At $1000, we expect a flagship to feature IP67/68 certification, but all you get is a Water Repellent coating that you also get on the budget Motorola devices.

Motorola Edge+ comes in two interestingly named color options – Smoky Sangria, and Thunder Grey. It is Verizon Exclusive in the United States and will cost you $1000. It’ll be up for sale starting May 14th. In coming months, it is also coming to markets like India and some select Latin American markets.