Motorola is launching the Moto Z4 soon & as we already know, it won’t be a flagship but rather a mid-ranger powered by the Qualcomm Snapdragon 675 processor. We have seen quite a few leaks related to the phone like the CAD renders that revealed the design, but now, the hands-on video of the phone surfaced on YouTube from a guy who bought the phone via Amazon!

Yes, the phone was listed on Amazon for a couple of days & the guy was able to get it & make a quick hands-on video which revealed almost everything about the Moto Z4. 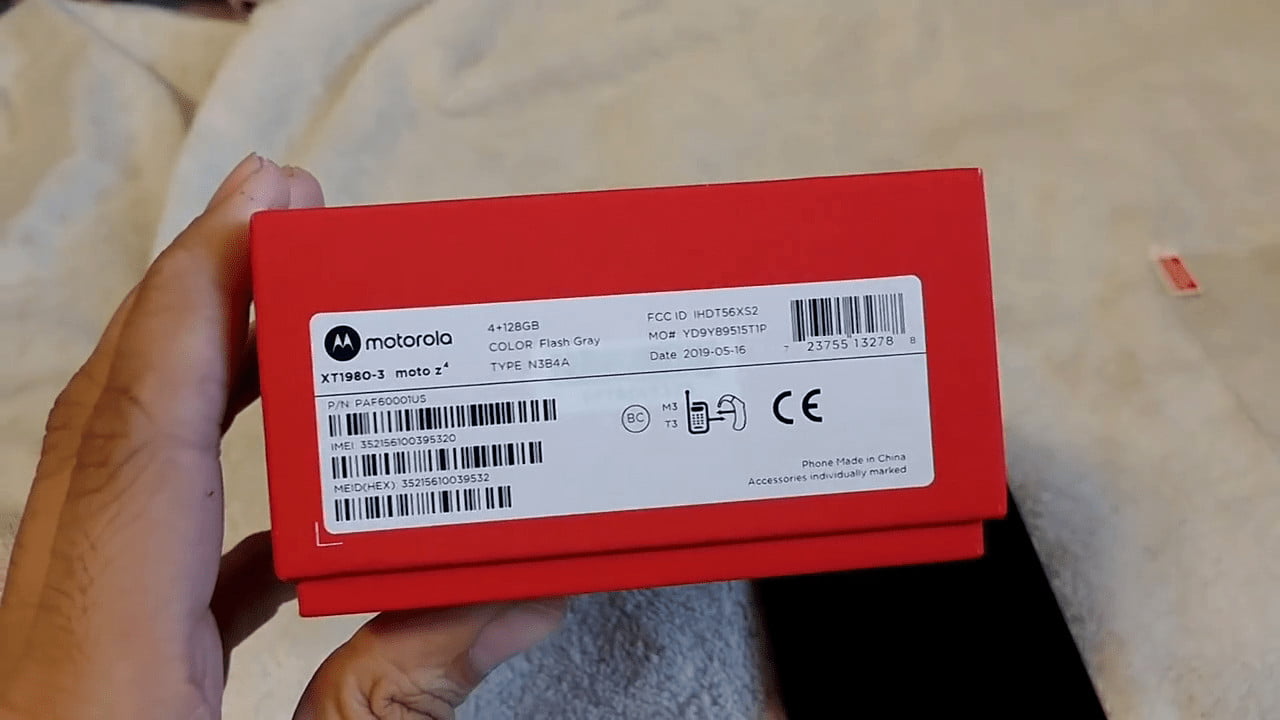 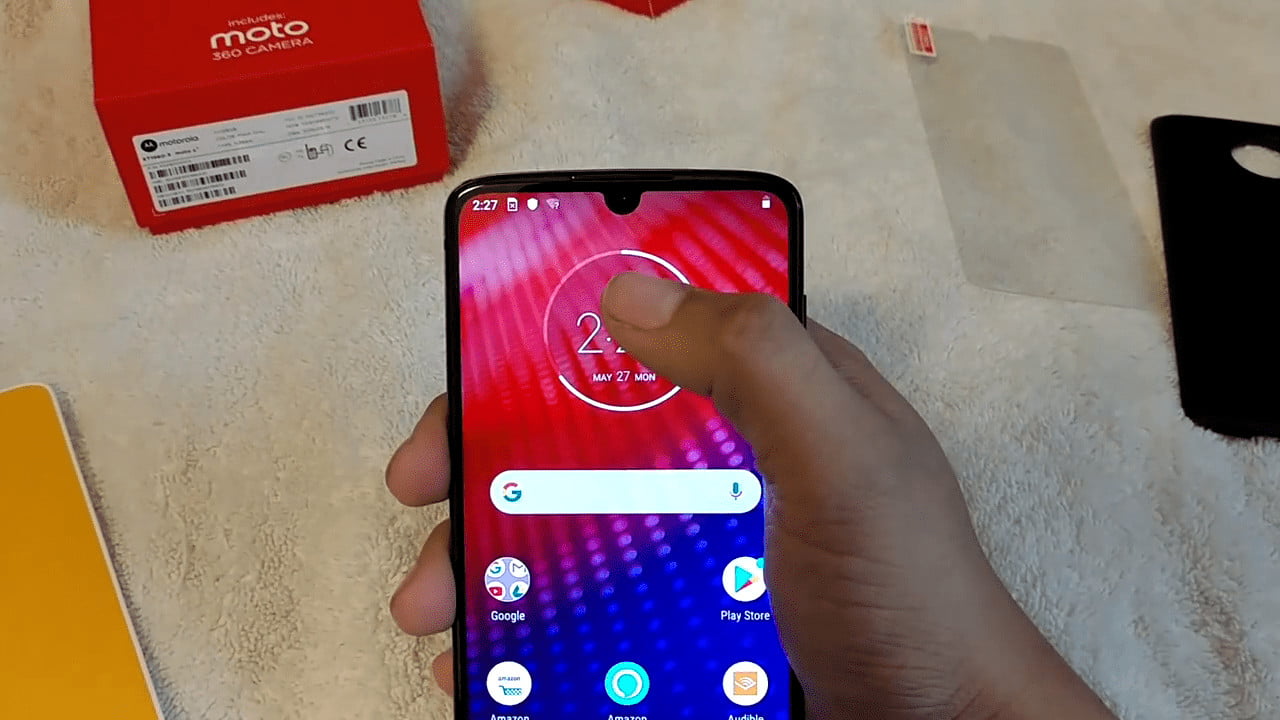 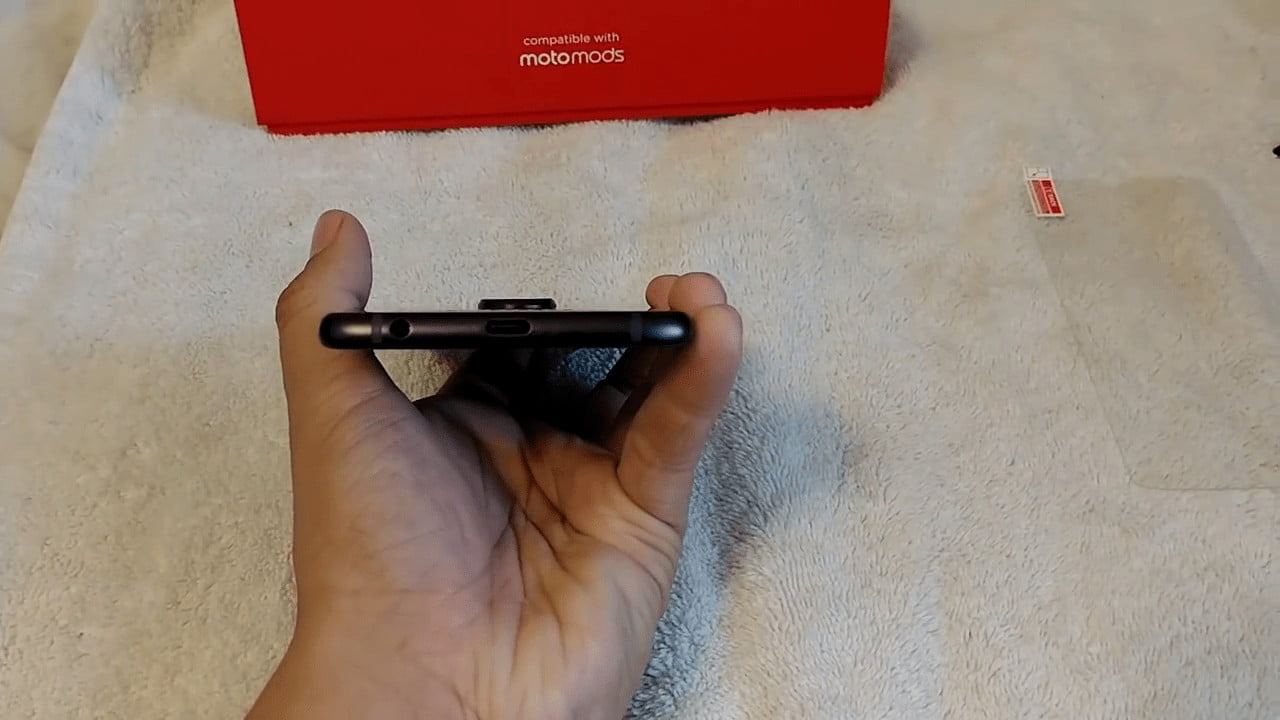 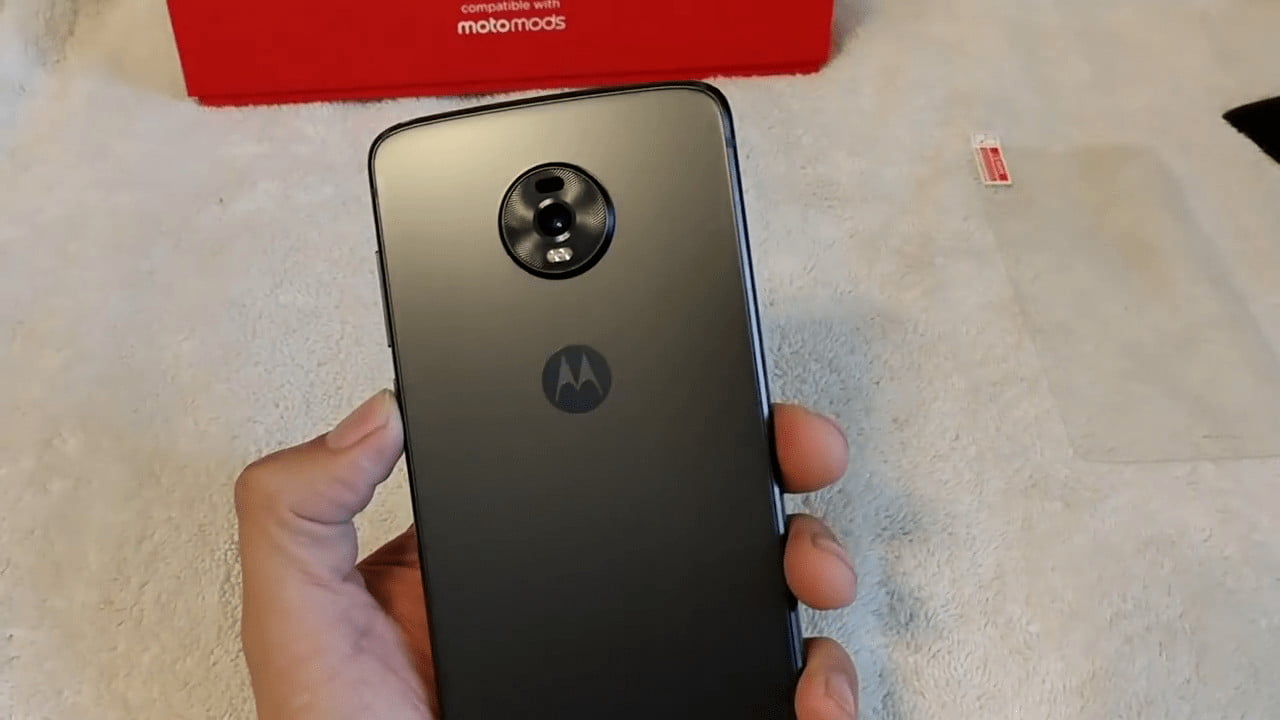 There is a USB Type-C port on the bottom as well as a 3.5mm headphone jack. On the rear, the Moto Z4 features a single camera placed in a circular module & as the hands-on images suggest, the camera bump is huge. It is a 48 Megapixel camera with Sony IMX 586 sensor & the phone can take 12MP photos using the Quad Pixel technology, i.e., by combining four pixels into one. 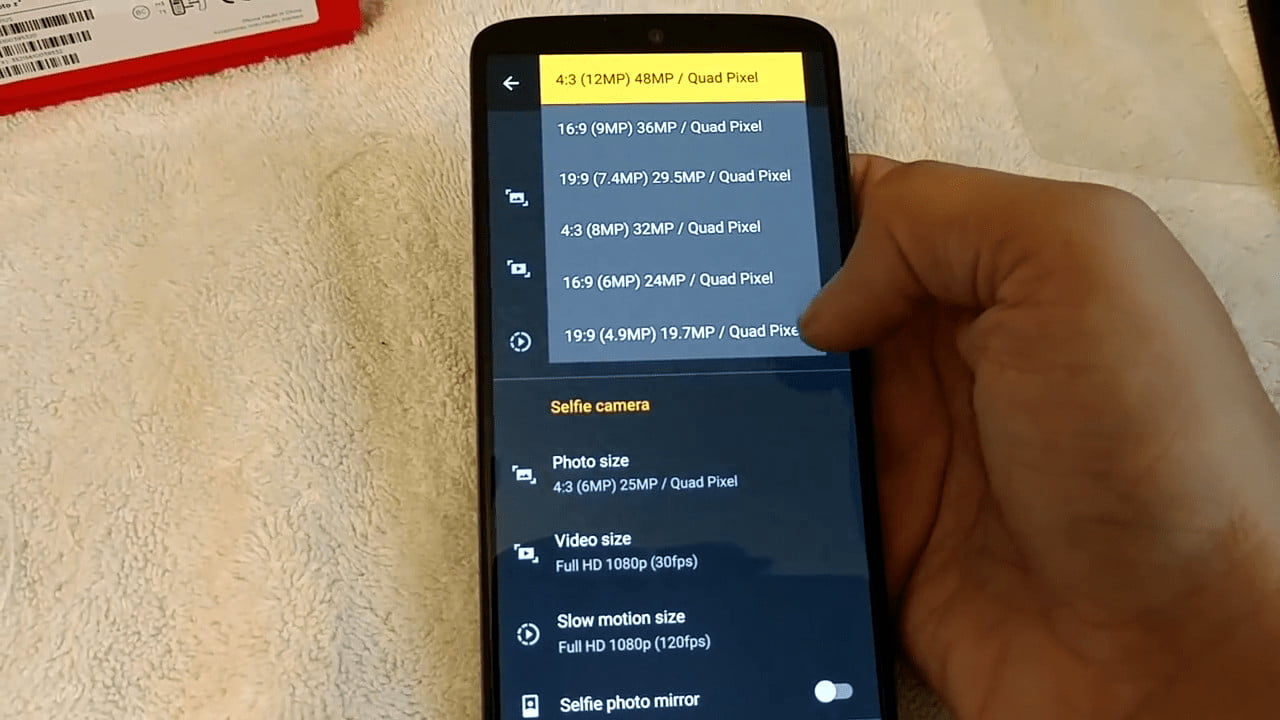 As the image above shows, there are various aspect ratios in which you can take photos & all of them have Quad Pixel mode as well. There is a single 25MP camera on the front & it too has Quad Pixel technology to take 6MP detailed shots. 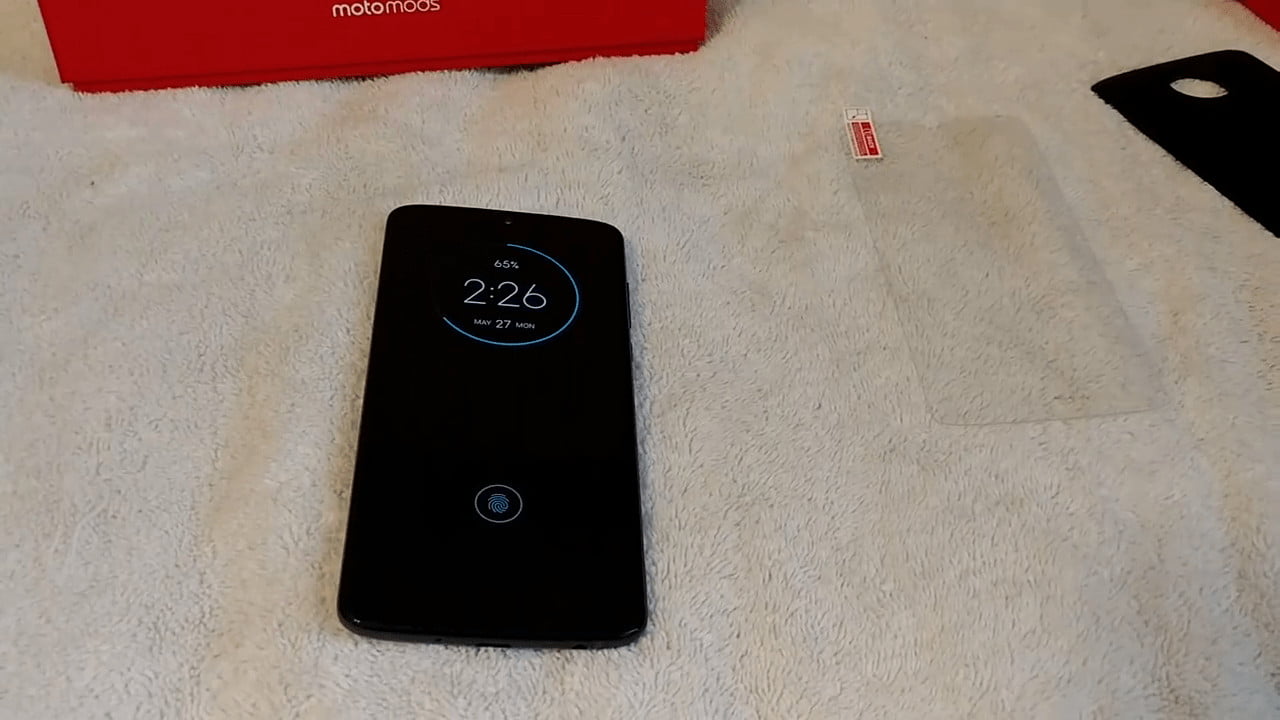 The battery underneath is a 3,600mAh unit that supports 15W Turbocharging. The TurboCharger is included in the box. Like previous Z series phones, the Moto Z4 supports Moto Mods as well so it supports Wireless Charging via the Moto Mod. 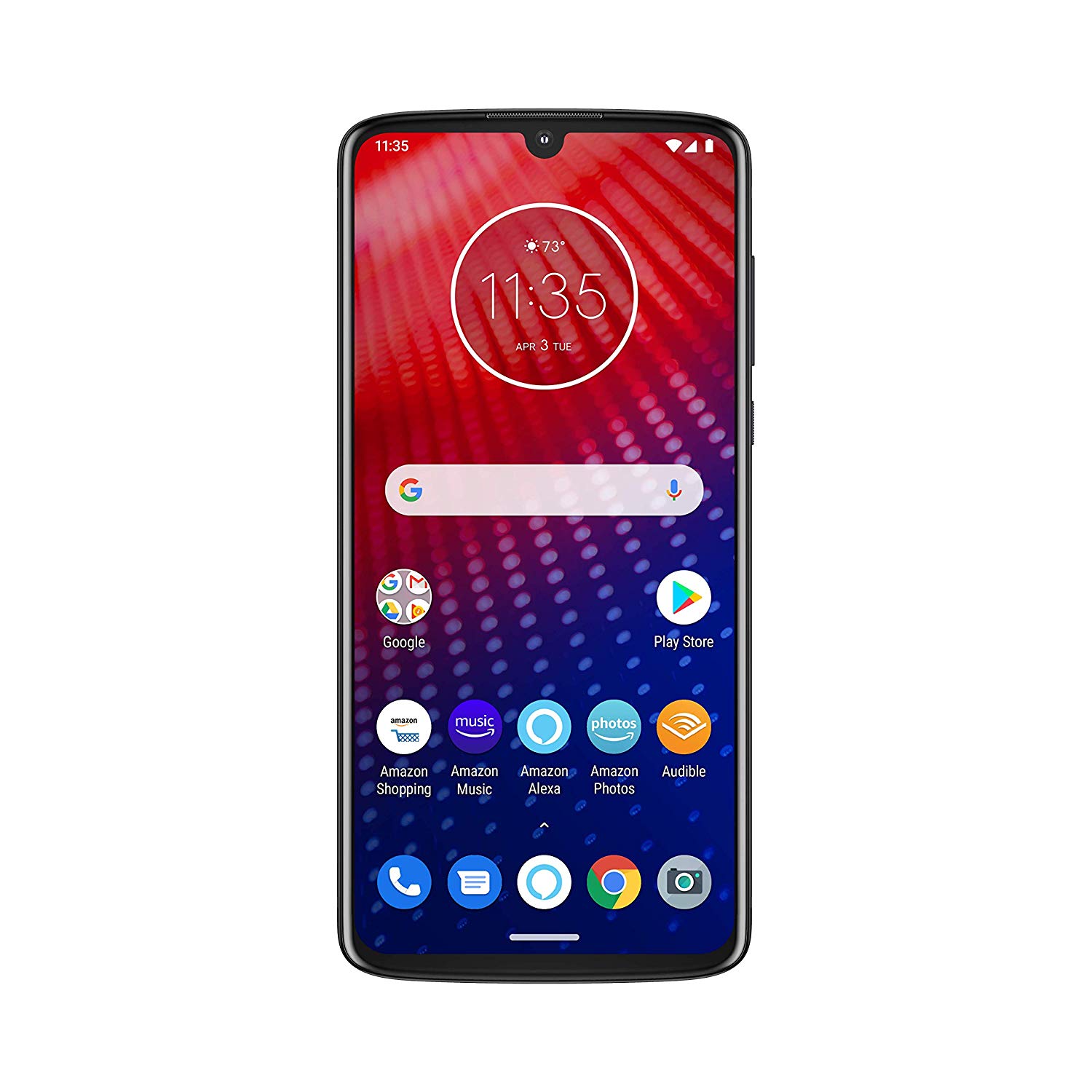 Well, that’s all the hands-on video & the Amazon listing reveals. We don’t think there’s anything else left to know about the Moto Z4. As per the Amazon listing, the price is $499. What do you feel about the pricing? Do let us know via the comments section below.