The last time Motorola launched two different Moto G series phones in the same year was in 2017 when we got Moto G5 series in one half & Moto G5s series in the other. It looks like the same is going to happen this year as on October 24th, it is expected that Motorola would launch Moto G8 series at an event in Brazil. Today, the press renders of the Moto G8 Plus leaked along with the specifications. It looks like an upgraded Motorola One Macro since the design is so similar.

There is a glass back & the phone has a triple camera setup on the rear placed on the top left. The fingerprint scanner is there on the rear as well. The camera layout is similar to that of Motorola One Macro that launched recently in India. As the renders reveal, there is a primary 48-megapixel camera on the back. 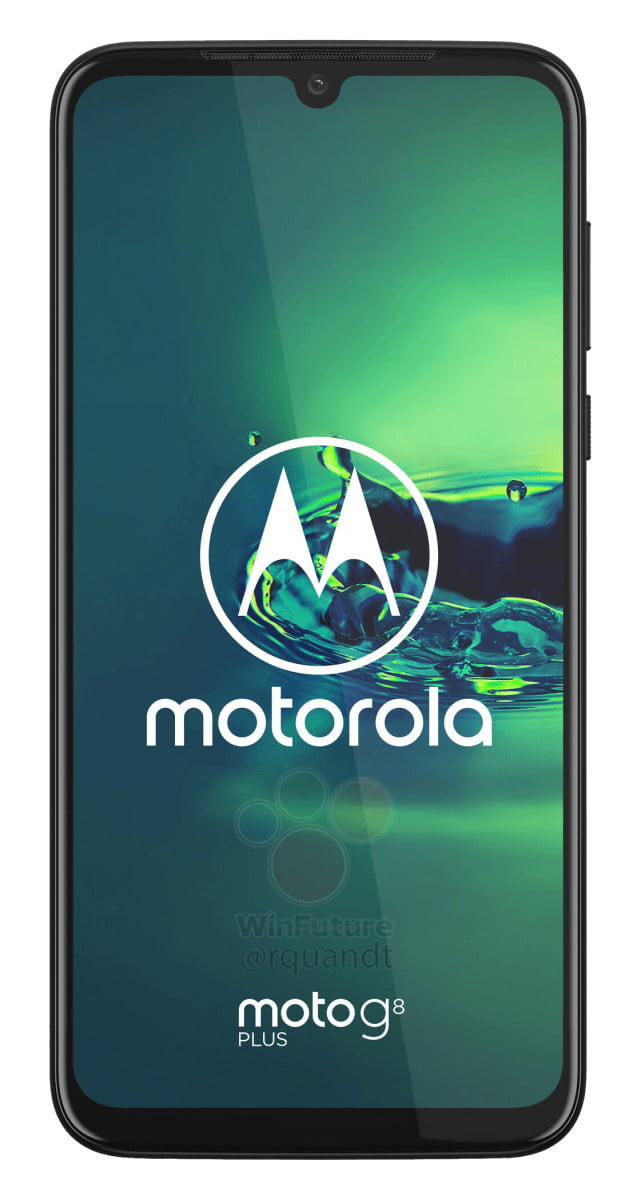 There is a display with U-shaped notch on front & a big bottom bezel. It is a 6.3-inch IPS LCD panel with Full-HD+ resolution (2280 x 1080). Now, the earpiece on top is pretty large, which suggests there is a stereo speaker setup with the other one on the bottom alongside the Type-C port. Under the hood, there is Qualcomm Snapdragon 665 SOC, which is an 11nm chip with Adreno 610 GPU.

The Moto G8 Plus has 4GB RAM & 64/128GB internal storage. The storage is expandable via a micro SD card. 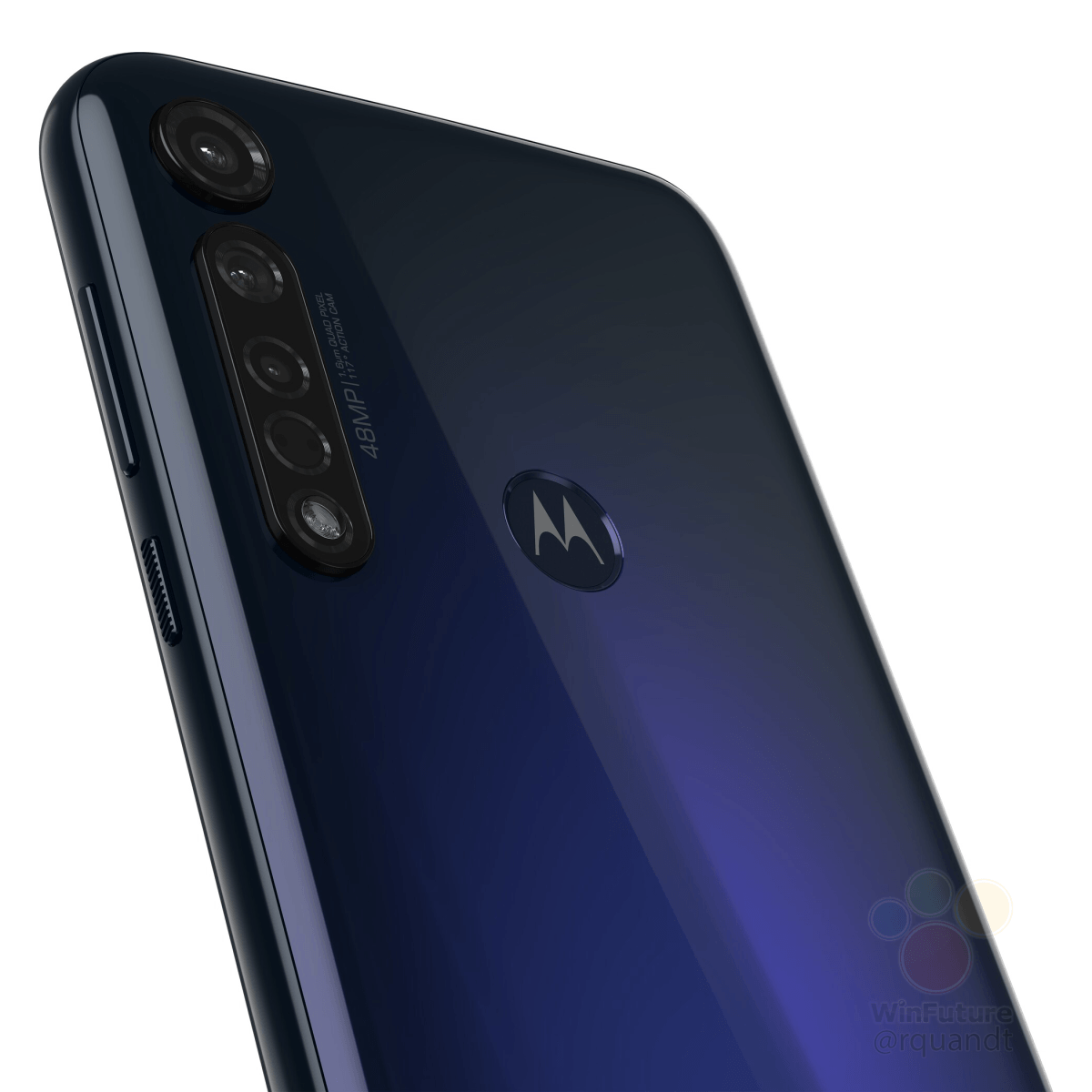 On the rear, there is a triple camera setup that includes a primary 48 Megapixel unit (most likely the IMX 586 sensor from Sony), a 16 Megapixel ultra-wide-angle unit with 117-degree FOV & a 5 Megapixel depth sensor. There is Laser AF as well. On the front is a 25 Megapixel camera for selfies.

The phone has a 4,000mAh battery, which, combined with power-efficient 11nm SOC & stock Android, is going to last pretty long. Then there is also TurboCharging support. Android 9 Pie runs out of the box. 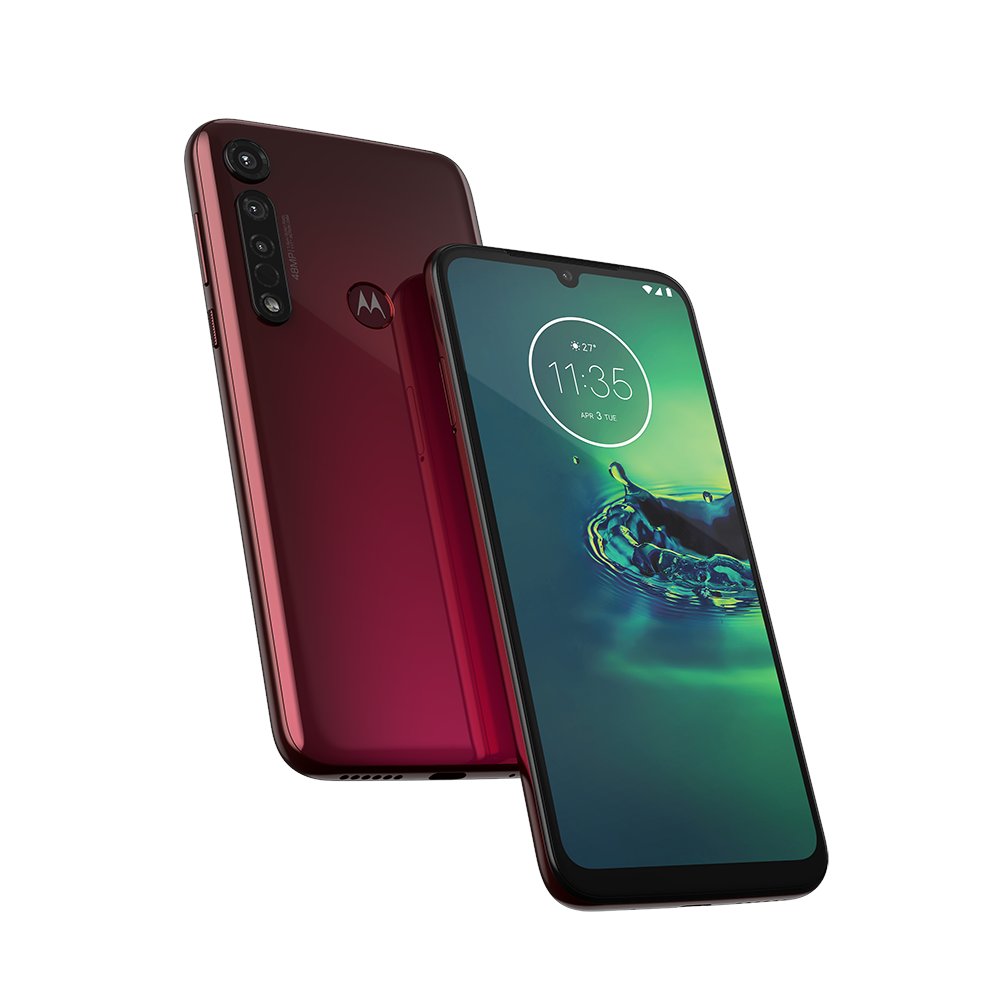 The phone will come in at least two colors – Blue & Red. The phone is most likely launching on October 28 in Brazil, but the pricing is not yet known. What do you think the price should be? Do let us know via the comments section below.