Today, we got to know the specifications of Moto G8 & G8 Power, which could launch at the February 23rd Event in Barcelona. Well now, the official renders of the G8 have surfaced online that were shared by an Industry source with 91Mobiles.  These press renders reveal the design from all the angles & also reveal the two color options.

So, as the previous leak revealed, the Moto G8 indeed features a punch-hole display with a tiny cutout for the single selfie camera on the top left. There is a big bottom chin as well that has nothing, not even the Motorola branding. On the rear, there is a triple camera setup placed vertically on the top left. The fingerprint scanner is also there on the rear. The phone has a 3.5mm headphone jack on top. 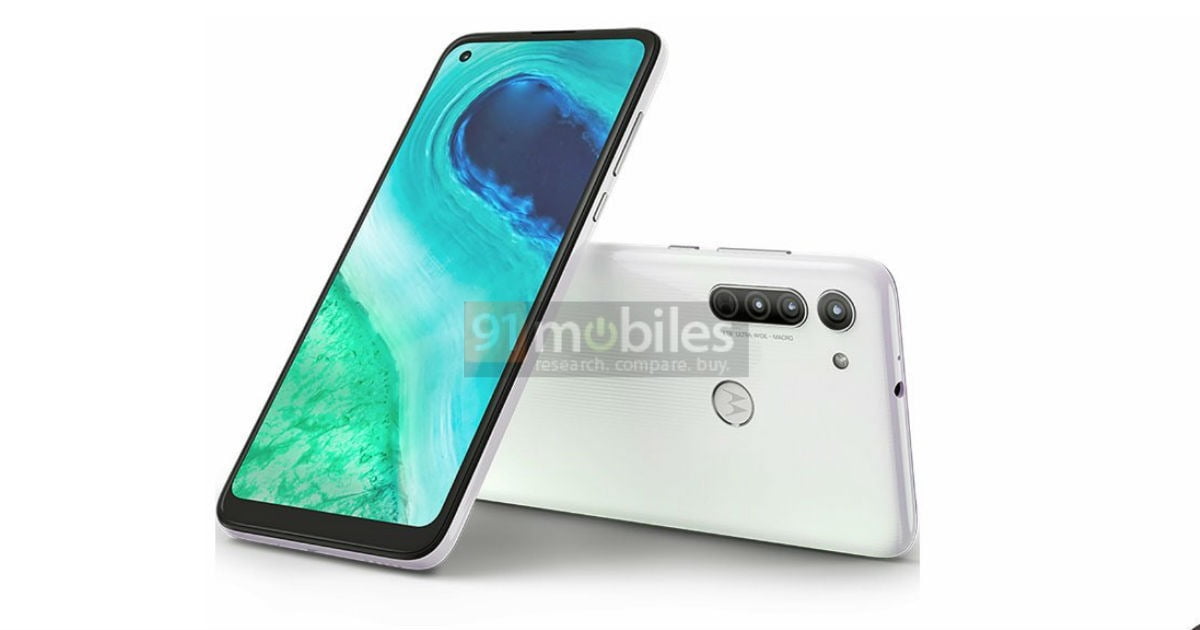 There is an 8MP front camera & Android 10 runs out of the box. As the renders reveal, there are at least two color options – White & Blue.

So, what do you think of the design & the specifications of the Moto G8? Do let us know via the comments section below.