Motorola is preparing to launch two smartphones where one is the Moto G9 Plus & the other is the entry-level Moto E7 Plus. We already know everything about the Moto G9 Plus since the specs, design & the price have been revealed by some Mobile Operators already. When it comes to the E7 Plus, we know that the phone comes with Snapdragon 460 SOC, a 5,000mAh battery & a 48 Megapixel camera on the back.

Well, today, WinFuture.de shared the full spec sheet of the E7 Plus along with the pricing for the European market. 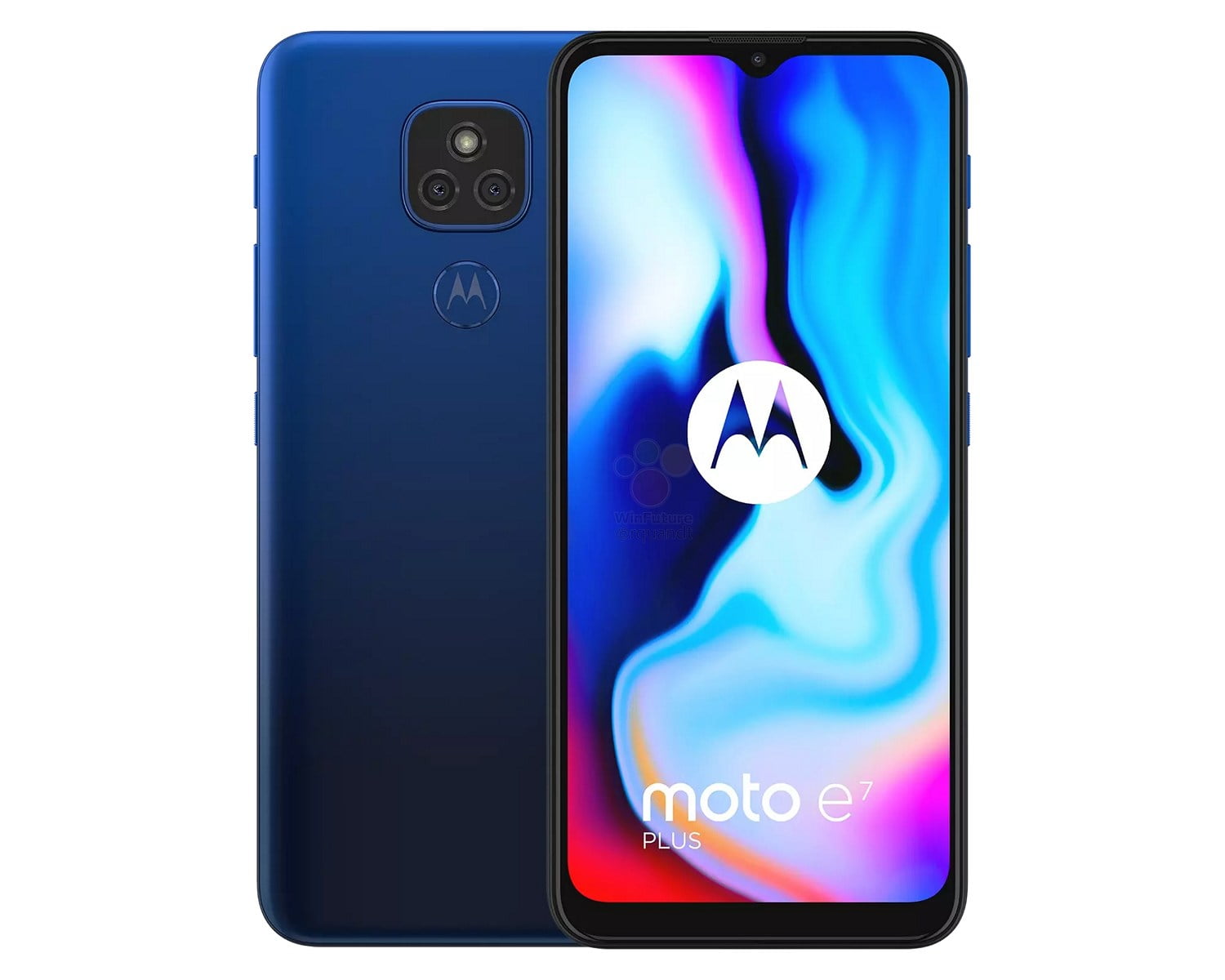 The Moto G7 Plus is an entry-level phone, so there isn’t anything amazing about the design. It has a display with a huge bottom chin & a waterdrop notch on top. There is a dual-camera setup placed in the middle on the back & below that is the fingerprint scanner. The build material is, unsurprisingly, plastic.

There is a micro-USB port on the bottom along with the speaker grill. The headphone jack is on the top. The power button & the volume rockers are there on the right side, whereas the SIM Card tray is on the left. 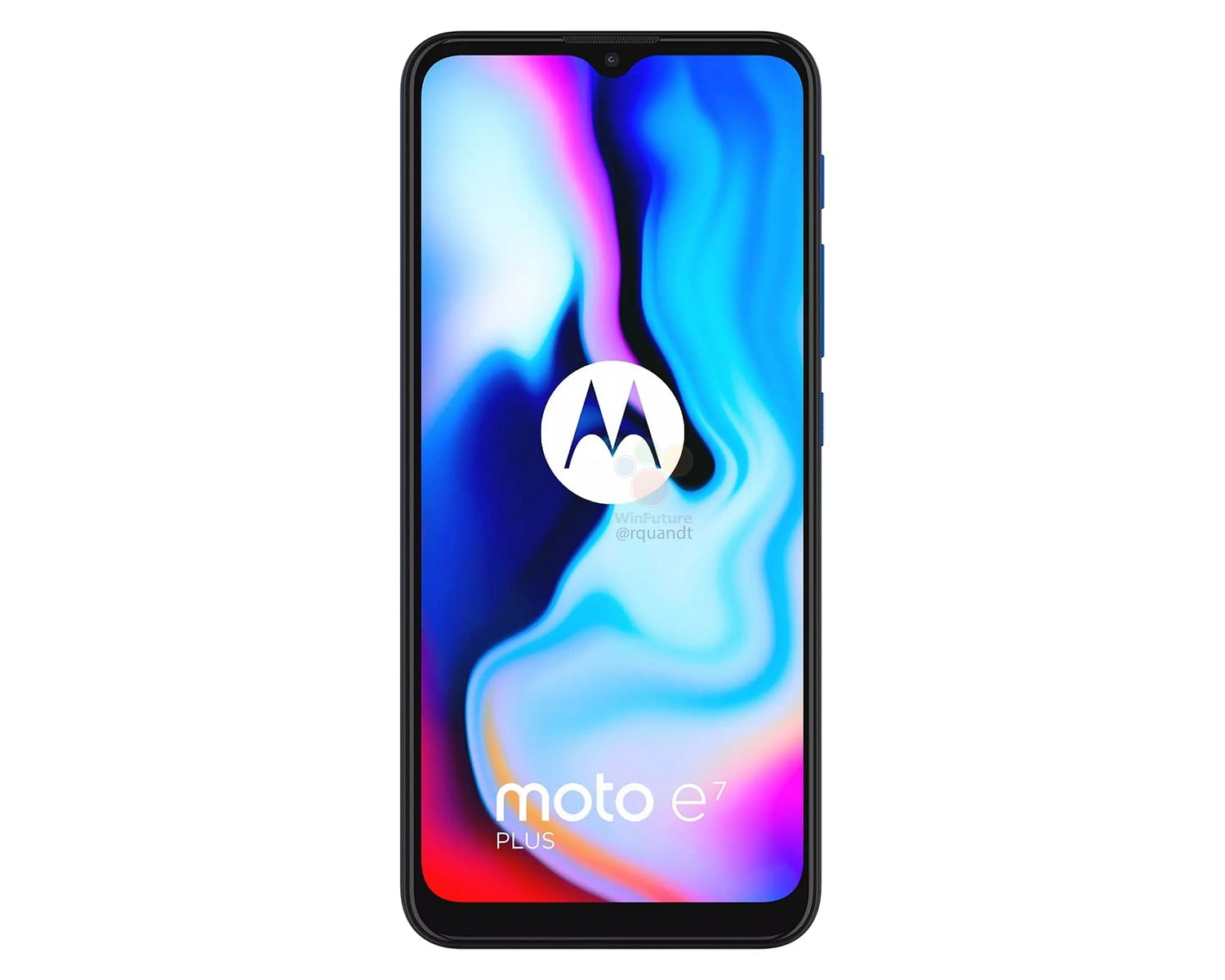 There is a 6.5-inch IPS LCD on the front with 720p resolution & a 20:9 aspect ratio. Under the hood, the E7 Plus has the Qualcomm Snapdragon 460 SOC, which was unveiled this year. It is the most powerful 400-series chipset currently from Qualcomm & compared to the Snapdragon 450, it offers up to 70% better CPU performance & 60% better GPU performance. There is 4GB of RAM along with 64GB storage that is expandable via a microSD card. 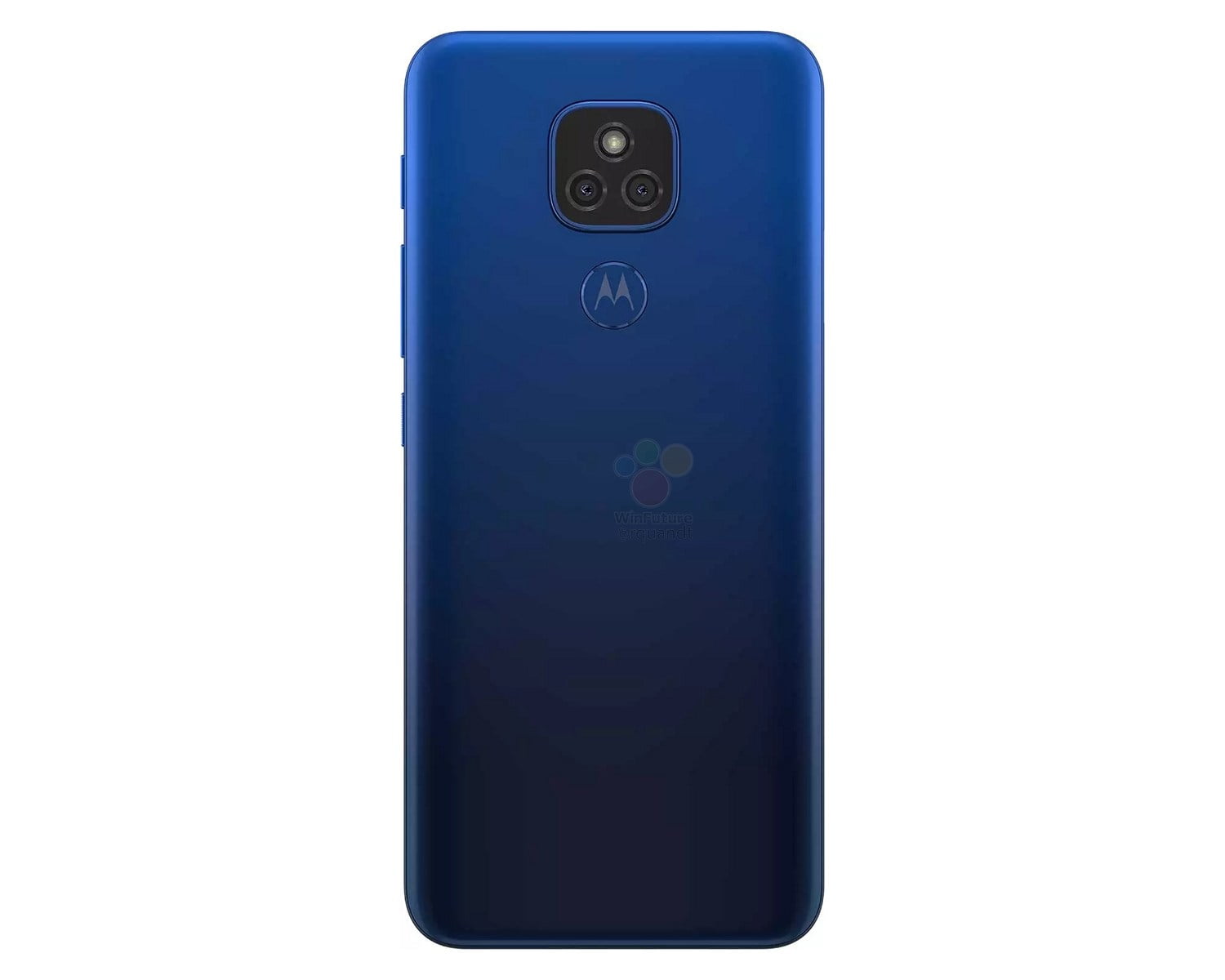 The dual-camera setup on the rear includes a primary 48 Megapixel sensor with f/1.7 aperture lens & a secondary 2 Megapixel Depth sensor. The camera on the front is an 8 Megapixel unit with f/2.2 aperture.

Finally, the phone comes with a 5,000mAH battery & normal 10W Charging support. Android 10 runs out of the box.