Yesterday, Redmi announced the August 29 event for the launch of Redmi Note 8 Series in China. The official teaser images also gave a good look at the design of Note 8 Pro from the rear. Now, MediaTek has confirmed on its Weibo account that the Helio G90T SOC will power the Note 8 Series.

We are expecting that the Note 8 Pro is getting the MediaTek Helio G90T & not the Note 8 (which may feature G90). 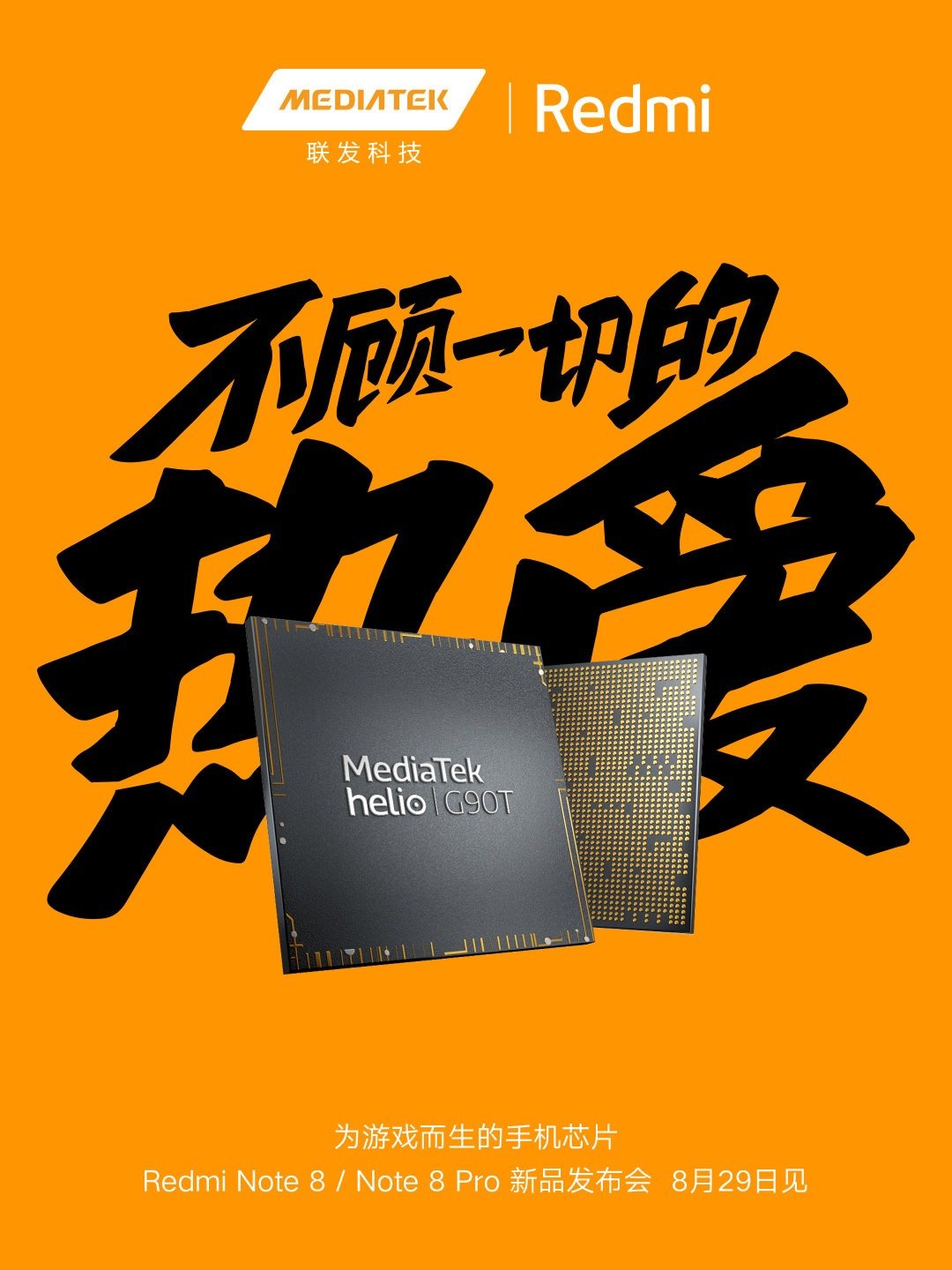 It is worth mentioning that MediaTek launched its gaming-centric Helio G90 & G90T SOCs in India last month & at the event, the Xiaomi India Head, Manu Kumar Jain, said Redmi would launch a phone with the Helio G90T SOC. Now that MediaTek has confirmed it, we are getting the Redmi Note 8 Pro with Helio G90T SOC.

It is a 12nm chipset that is comparable to the Snapdragon 730 in terms of the performance. It is hard to say if the regular Redmi Note 8 is also getting the same SOC. It may get the Helio G90 instead. 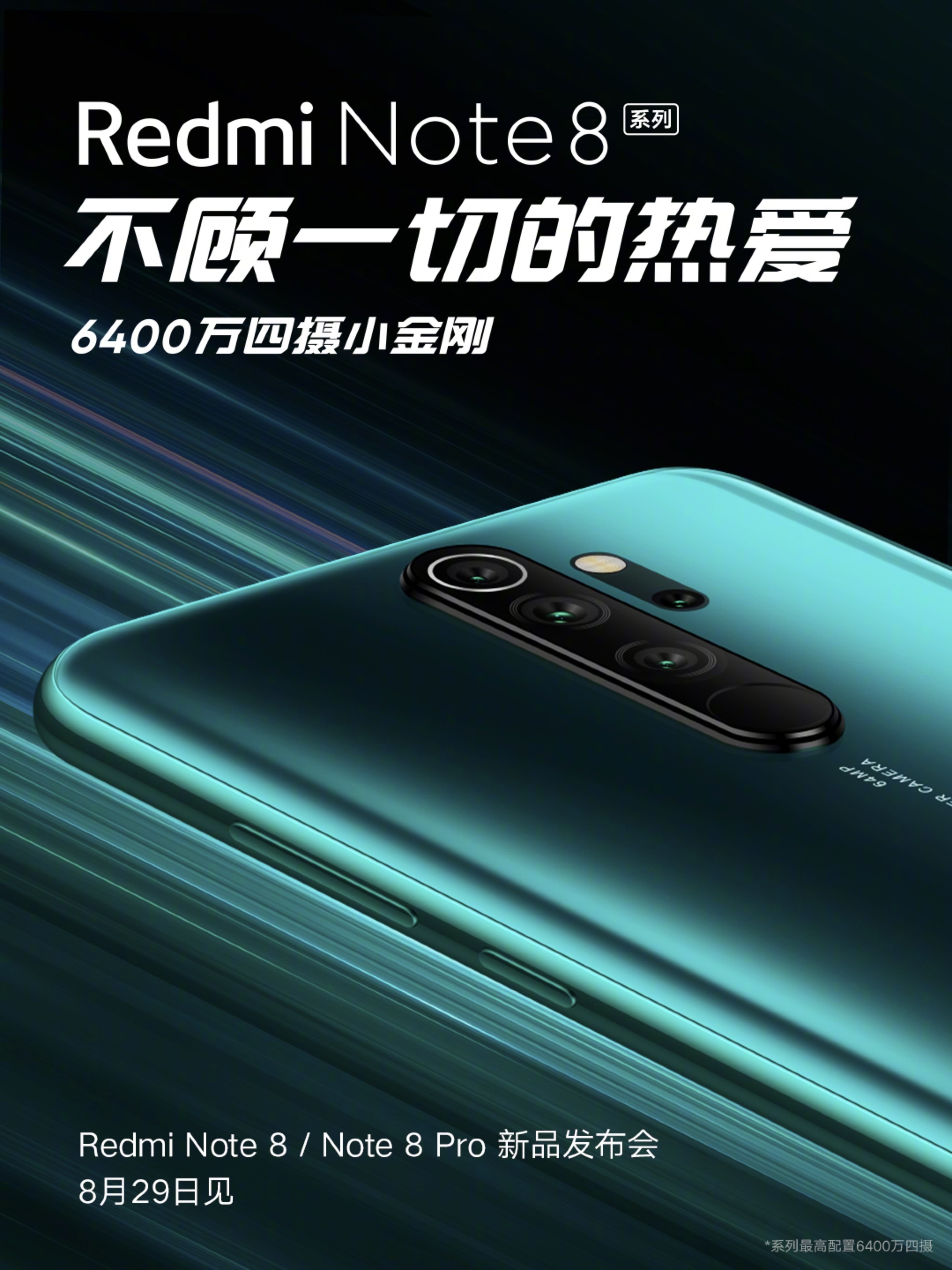 The Helio G90T supports up to 64MP single camera, so it makes sense why Redmi is going for this SOC on its Note 8 Pro since the phone packs a Samsung GW1 64MP camera sensor.

Well, let’s see at what price Redmi Note 8 Series is going to launch in China.