Lenovo Z5 Pro with camera slider is launching on November 1

After the Lenovo Z5 controversy, it’s hard to believe anything teased by the company these days. The company recently launched a few budget phones in China, but the one we’re interested in is launching on November 1. The company officially revealed recently that the Lenovo Z5 Pro would be launched on November 1 in China. The device is going to be pretty similar to the Xiaomi Mi Mix 3 regarding the design since it too, has a camera slider. 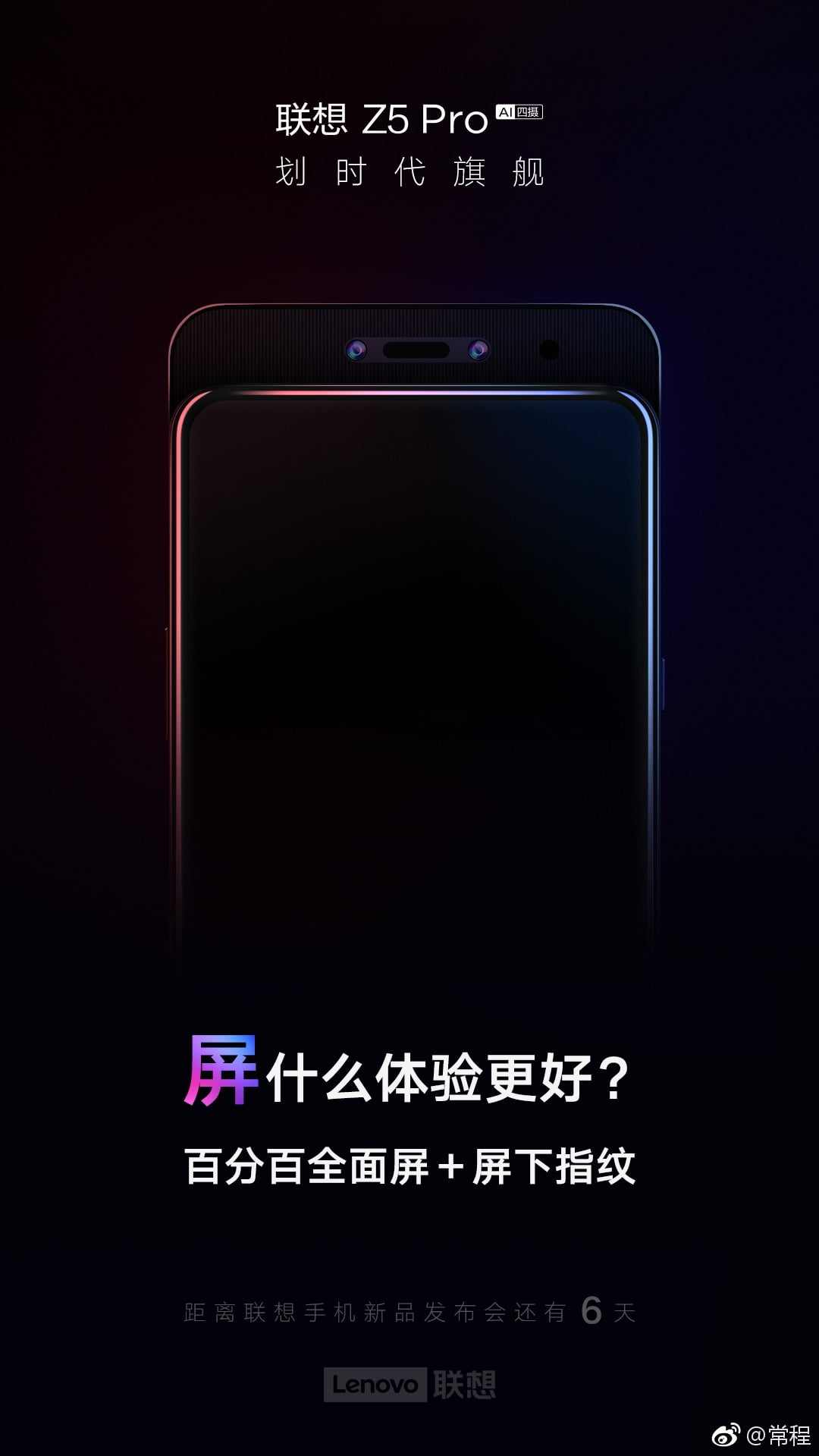 The Xiaomi Mi Mix 3 was launched just a couple of days back in China with a bezel-less display and a camera slider. The Lenovo Z5 Pro too has a magnetic camera slider (not the one with motors) that allows the user to use the dual front-facing cameras, the earpiece, and other sensors.

The company claims that the phone has a screen-to-body ratio of almost 100% but this is something we don’t think is going to happen. To achieve this, the company would need to find a way to eliminate that bottom chin. Right now, the only way to do that is to follow what Apple did with the iPhone X, i.e., to curve the display from the bottom. If that needs to be done, then the price of the phone will be high. The leaked hands-on video of the phone revealed that there is a small chin on the bottom like every other phone with a bezel-less design.