Recently Asus announced the July 22nd launch date for its ROG Phone 3 & as we already know, Lenovo is also launching its gaming phone this month under the “Legion” brand. Until now, we didn’t know the exact launch date but today, Lenovo announced on Weibo that the Legion Gaming Phone is launching the same day, i.e., July 22nd. Also, just like the ROG Phone 3, the gaming phone from Lenovo has the Qualcomm Snapdragon 865+ chipset.

It would be a very interesting face-off between two gaming phones launching on the same day. Now, while Asus has announced that it is launching ROG Phone 3 outside China on the same day, there is no such announcement from Lenovo yet. 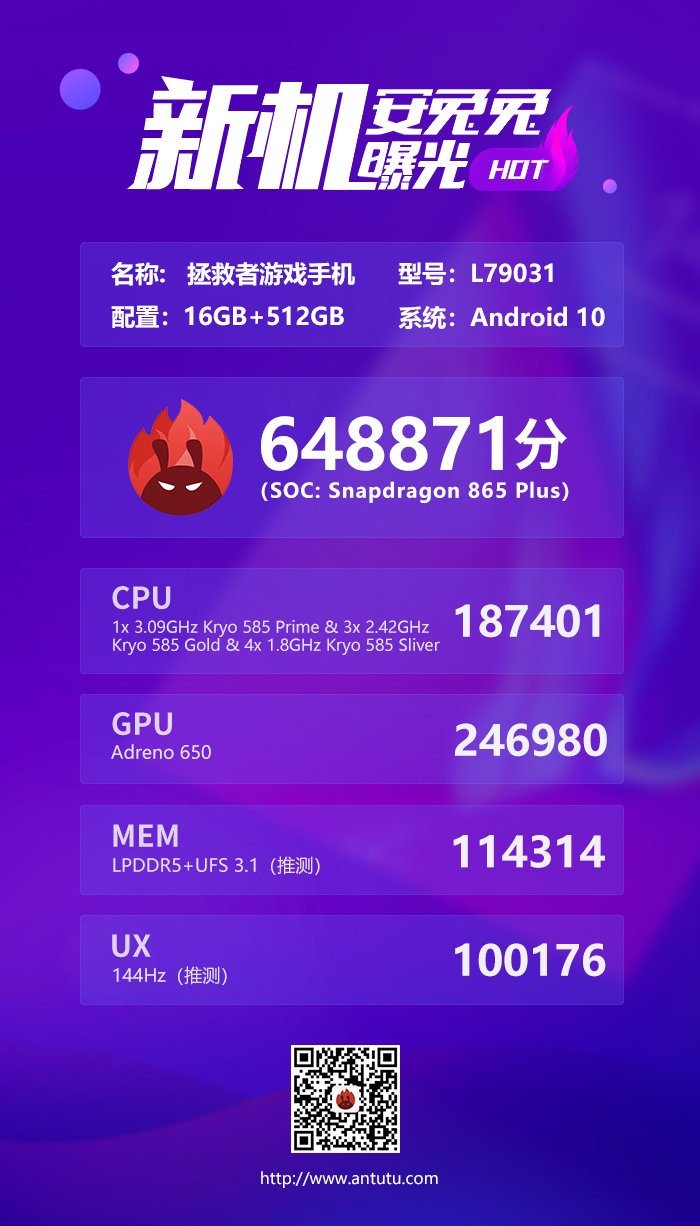 The Legion Gaming Phone recently showed up on the AnTuTu Benchmark where the device scored almost 650,000. The AnTuTu benchmark revealed that there is up to 16GB RAM, 512GB storage, and a 144Hz display.

There is no information regarding the pricing yet.