It seems Samsung is facing a tough time as, in 2016, their most awaited product failed miserably, leaving behind a massive loss of $3.1B. Then, back is January, the Vice President of Samsung, Lee Jae-Yong was issued an arrest warrant as he was found guilty of bribing the President of South Korea, i.e., Samsung’s home country. But soon, the case was dropped, and all the charges on him were rejected. Just a few days ago, another arrest warrant was issued against him due to multiple convictions, and so, today he was detained by the authorities. 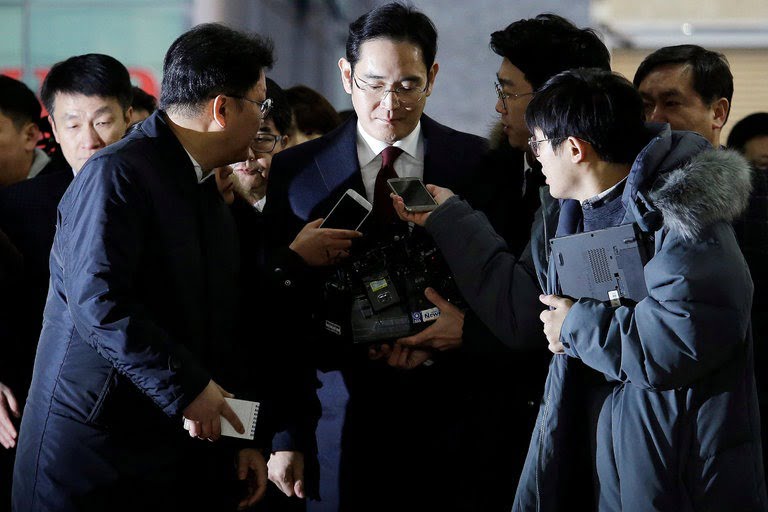 The warrant against Lee Jae-yong has been accepted by the Seoul Central District Court, and it is being said that he paid almost $36 Million to some foundations that were running with the help of President itself. He paid such big money to ensure that the two Samsung-holding companies will merge with the support of South Korea’s President itself. As we said in the beginning, there are multiple charges against Lee including perjury, concealment of criminal proceeds, illegal transfer of assets abroad, embezzlement and not to forget bribery. Before his trial begins, it is assumed that he might face a minimum of 18 months Jail.

Well, Lee Jae-yong was accused of bribery multiple time before, but each time, the case against him was dropped. Even Samsung issued a statement and the company denied that it paid bribes or made “improper requests related to the merger of Samsung affiliates or the leadership transition.” Let’s see what is going to happen now. Will he seek higher court for justice? What do you think? Do let us know via comments section.