This phone goes by iQOO Neo 6 SE in China 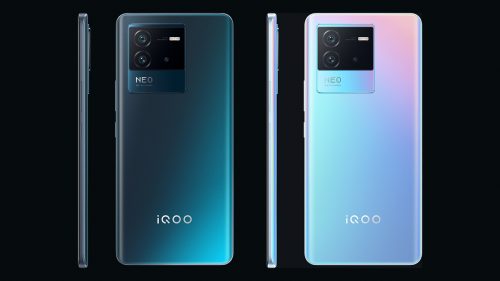 iQOO Neo 6 is now official in the Indian market, and this is the same phone that goes by ‘Neo 6 SE‘ in the Chinese market. It is pretty interesting that iQOO launched the Neo 5 in India as the ‘iQOO 7‘ last year, but this time, there was no change in the name. The reason could be that the Neo 6 is not a big upgrade over the iQOO 7. In fact, most of the specifications are the same for both phones. The only upgrade is in the charging speed, battery size, and design.

Design-wise, the iQOO Neo 6 comes with a plastic back with a matte finish, so the fingerprints are not going to be an issue. There is no 3.5mm headphone jack & the fingerprint scanner is under the display. On the front, the phone has a flat panel with a hole punch cutout in the middle.

Speaking of the similarities between the iQOO Neo 6 & iQOO 7, both phones have Snapdragon 870 SOC and a 6.62-inch 120Hz E4 AMOLED panel with FHD+ resolution. Now, the iQOO 7 had an independent display chip, but there is no mention of any such chip for the iQOO Neo 6. The peak brightness of this panel is 1300 nits, and it supports HDR10+. For better haptics, there is an X-axis linear motor. As for the cameras, there are both upgrades and downgrades. The primary camera has a 64MP sensor with OIS (vs. a 48MP sensor with OIS), but the ultrawide camera has an 8MP sensor this time compared to a 13MP sensor last year. The third camera is for macro shots and has a 2MP sensor. The selfie camera remains the same, so it has a 16MP sensor.

Android 12 runs out of the box with FuntouchOS 12.

The phone will be available to buy from Amazon and the company’s website from today. You can avail flat ₹3000 discount on ICICI Bank credit/debit cards and EMI transactions. Moreover, Amazon offers an extra ₹1000 off using a coupon. All these offers bring the starting price down to ₹25,999, which makes it a great deal.