Why it is important to have antivirus installed on Android

The frequency of viruses on Android systems is not as prevalent as on operating systems like Windows – Android is, by nature, more secure than a desktop computer. However, there are viruses on this system and care must be taken when downloading applications and files from unknown sources. It is also related to the open-source system. As mentioned on many sites, one of its weaknesses is that Android’s open-source also opens it up to viruses.

To avoid malicious apps on the Google Play Store, Google uses a service called Bouncer that automatically checks for viruses in apps that enter the online store. As soon as an application is downloaded, it analyses it and compares it with other known malware, spyware and trojans.

What happens in this process is that every app runs in a simulated environment to see if it will behave maliciously on a real device. The behaviour of the software is compared to that of previous malicious applications – all to look for any warning signs. 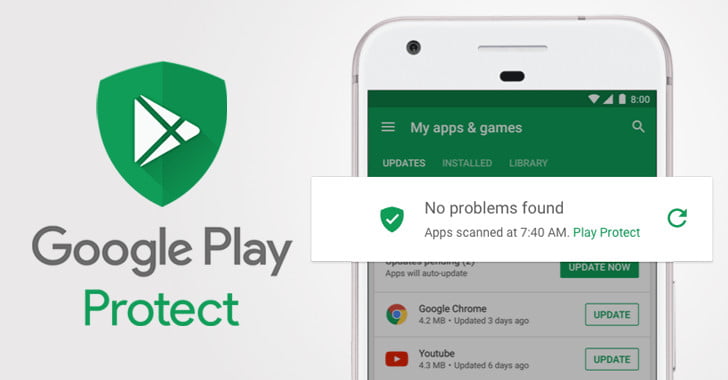 Still, the company had to launch Google Play Protect to increase the effectiveness of its search for malicious and suspicious apps. According to Google, about 50 billion apps are checked daily.

Google Play Protect may even protect devices from many suspicious apps on the network, but it’s not as powerful as you think. In order to avoid unpleasant surprises, it is good to do a brief research on the app to be downloaded and check if it has a good reputation in the market. Many do not research the app and only download it because it is high. That is why it is necessary to inform yourself more and more, to understand how heavy that application is and if it really is necessary to download it.

An interesting tip is to search for security information in the application providers. Big entertainment companies like PokerStars, for example, have a 100% security page. This security page, in fact, is very clear and didactic as to information about the identity and personal account – which is very important to avoid an invasion of privacy. Another good example of the entertainment industry on security and privacy policy is from the Walt Disney Group of Companies, which includes large companies such as ESPN, Marvel, Pixar and many other prestigious ones.

The importance of having a good antivirus installed on the smartphone

On the web, good browsers offer some level of protection against malicious links, but that is not enough. To reduce the likelihood of being surprised negatively and having an extra layer of security, it is interesting to have installed a good antivirus on Android – there are good security tools available for free on the market.

A good free option is Avast Antivirus. It offers a privacy reporting feature that ranks your installed apps with permission so that you can see apps that require a lot of permissions to access personal data. In addition, Avast has a firewall that allows root users to block certain apps from accessing the network.