Huawei is going to launch its 2020’s premium smartphones under the “P” series in coming months (most probably in March) & the official render of the Huawei P40 has leaked as industry sources shared it with 91Mobiles. This render reveals the design of one of the upcoming Huawei flagships from all the sides.

Compared to the Huawei P30, the design is changed, whether it’s the front or the back. 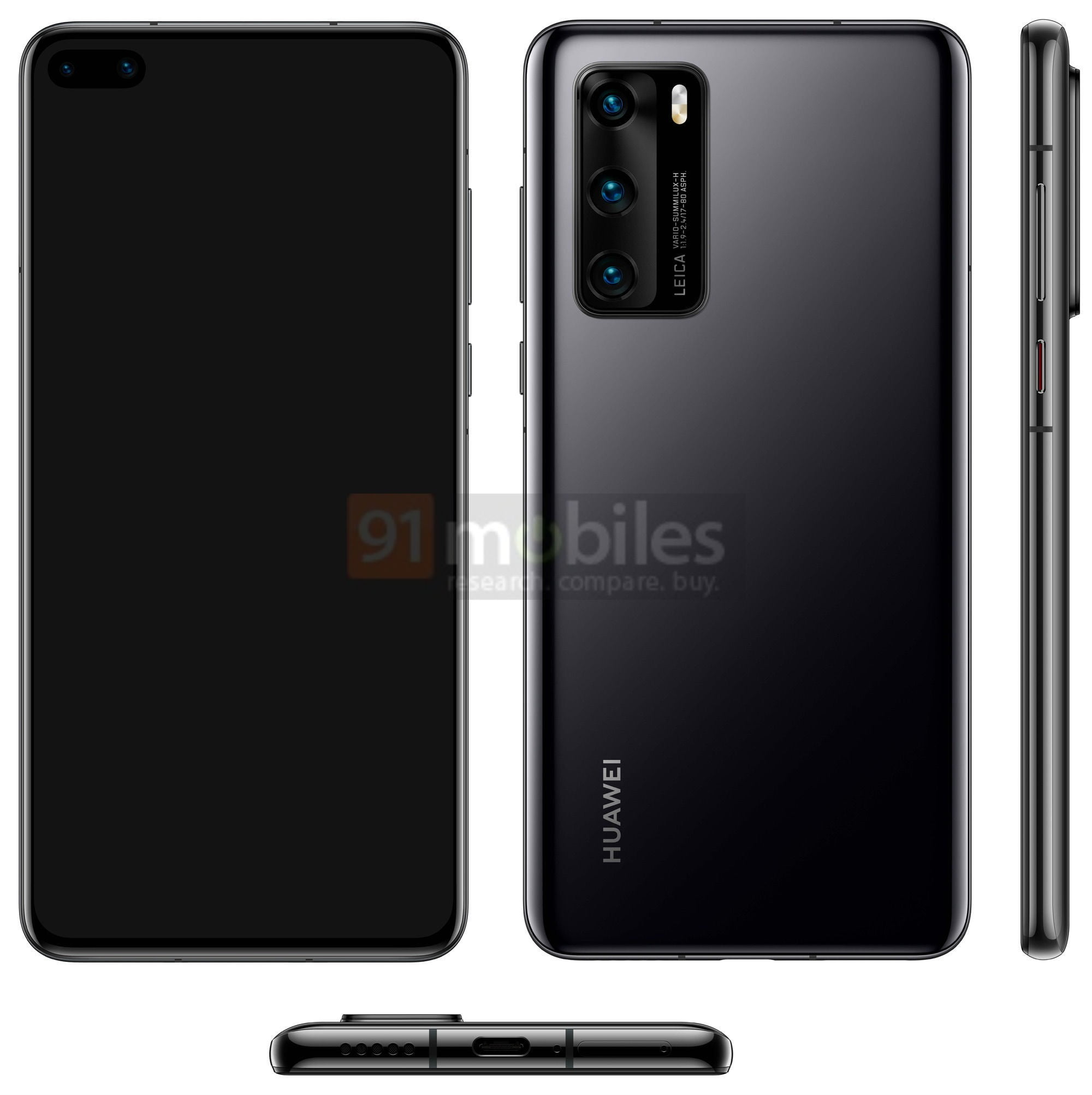 The Huawei P40 features a punch-hole display on the front & there are dual selfie cameras, hence a pill-shaped cutout on the top left. Looking at the renders, the cutout is pretty big for the cameras. Last last year, we are expecting an OLED display this year as well. Last year, there was a display with U-shaped notch, but Huawei decided to go for a punch-hole design this time.

On the rear, there is a triple camera setup, so the camera count is the same as last year, at least on the rear. The cameras & the LED Flash along with the LEICA branding, are placed in a rectangular module on the top left.

The USB Type-C port is present on the bottom alongside the speaker grill & the SIM Card tray. Unlike the Huawei P30, the P40 won’t have a headphone jack.

A source reveals that the camera setup includes a primary 52 Megapixel Sony sensor & it is said to be a custom 1/1.33-inch sensor. There is a secondary 8 Megapixel telephoto lens with 3X Optical Zoom & a third 40 Megapixel cine lens.