As we know, Honor will be launching its upcoming Honor 50 series of smartphones on the 16th of June in China, and the company has already given us an official look at the design. In an earlier leak, we also got to see the front of the 50 & 50 Pro, where we got to know that the Honor 50 has a single hole punch in the middle, whereas the Pro has a pill-shaped cutout on the top left corner. Today, 91Mobiles shared the full specifications of these phones and also revealed that there is the third phone under this series as well named the Honor 50 SE. Along with the specs, we also got some more renders of the phones.

Honor 50 SE is the cheapest of the three, and it features the MediaTek Dimensity 900 5G SOC, which is built on the 6nm manufacturing process and comes with powerful Cortex-A78 CPU cores. On the front, there is a 6.7-inch LCD with Full-HD+ resolution and a single hole-punch cutout that houses the 16 Megapixel selfie camera. There is a 4,000mAh battery, and the phone supports 66W fast charging. Speaking of the rear cameras, there is a triple camera setup that includes a primary 100 Megapixel sensor with an f/1.9 aperture lens, an 8 Megapixel ultrawide camera, and a 2 Megapixel macro camera.

It would be interesting to know what camera sensor is there on this phone that outputs 100 Megapixel images.

We already knew that the Honor 50 features Qualcomm Snapdragon 778G, but as per this new leak, the Honor 50 Pro has the same SOC as well. So, while we were expecting a flagship SOC on the Pro version, that’s not going to be the case. The major difference in the design is on the front, where the vanilla model has a single hole punch cut out with a 32 Megapixel camera, whereas the Pro model has a dual selfie camera setup, hence a pill-shaped cutout. This cutout houses a 32 Megapixel primary and a 12 Megapixel secondary camera.

The display on the Honor 50 is a 6.57-inch OLED with Full-HD+ resolution, whereas the one on the Pro is a 6.72-inch FHD+ OLED. Both phones have a display with curved edges. 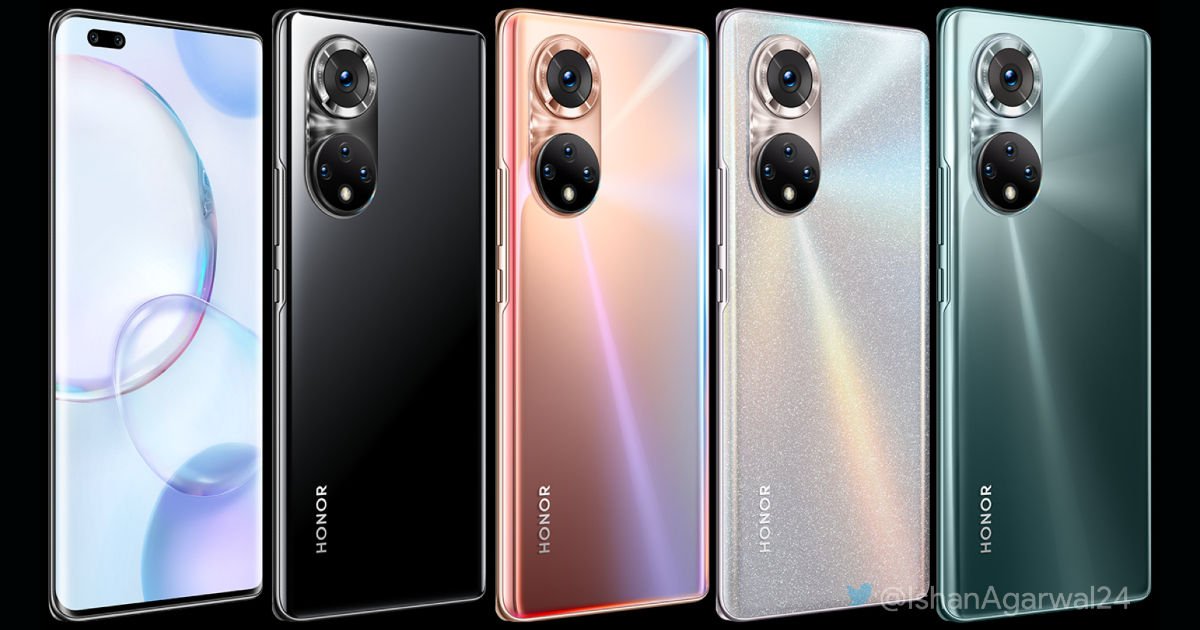 Interestingly, the camera setup on the rear is the same on both phones. There is a Quad camera array that includes a primary 108 Megapixel sensor, a secondary 8 Megapixel ultrawide camera, and two 2 Megapixel sensors, one for macro shots and the other for depth information. Finally, speaking of the battery sizes, the Honor 50 packs a 4,300mAh cell, whereas the Honor 50 Pro has a 4,000mAh unit. While the battery is smaller on the Pro model, it supports an incredibly fast 100W fast charging as compared to the 66W fast charging support in the case of the Honor 50.

Last year, Honor 30 Pro Plus was also unveiled, but it looks like there is no such model under the Honor 50 series, at least not planned to launch at the 16th June event. In case there exists such a phone, we can expect that to have the flagship SOC and a better camera setup.