When it comes to Android updates, we know Google’s devices are on the top. But just a couple of days ago, we got the information that Sony has already been rolling out the February Security Patch for some of its phones that even Google hasn’t provided for its Pixel or Nexus devices. Today, Canadian carrier Telus has revealed in its official list of security updates for different phones that the Google Pixel/Pixel Xl along with the Nexus 6P will start getting the February Patch from 6th February, i.e., from tomorrow.

READ: Google Now Launcher Will be Discontinued by the End of March 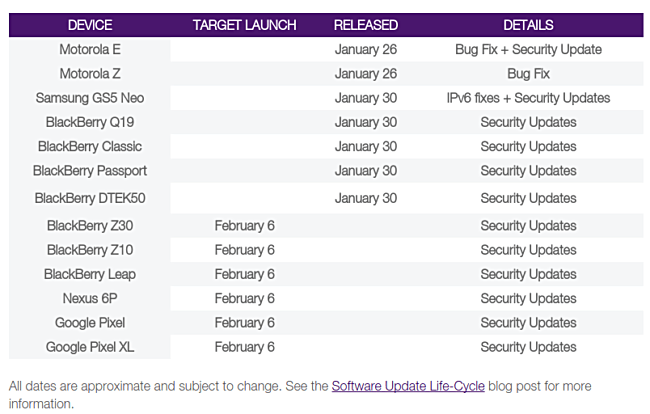 As we can see in the list, no Nexus 5X is being listed, but, since Telus is a regional carrier, we are expecting that other Google phones will also get the new February Patch from Monday next week. The February Security Patch comes with some security hotfixes and some other improvements.There are a few Blackberry devices also in the list, and we all know that the Patch for Blackberry Priv has begun rolling out already. Well, Sony stole the show by rolling out the February Security Patch on the first day of this month. We will keep you updated will more news so stay tuned.