Just when you thought Realme is done with launching phones this year, the company launched Realme X2 Pro in the Chinese market & it is a Flagship Killer from the brand with impressive specifications like Snapdragon 855+ SOC, 90Hz Display, 50W Fast Charging, etc. The phone is launching in the Indian market on November 20th, but the company might launch some more products at the event. One of those could be the Realme 5s. 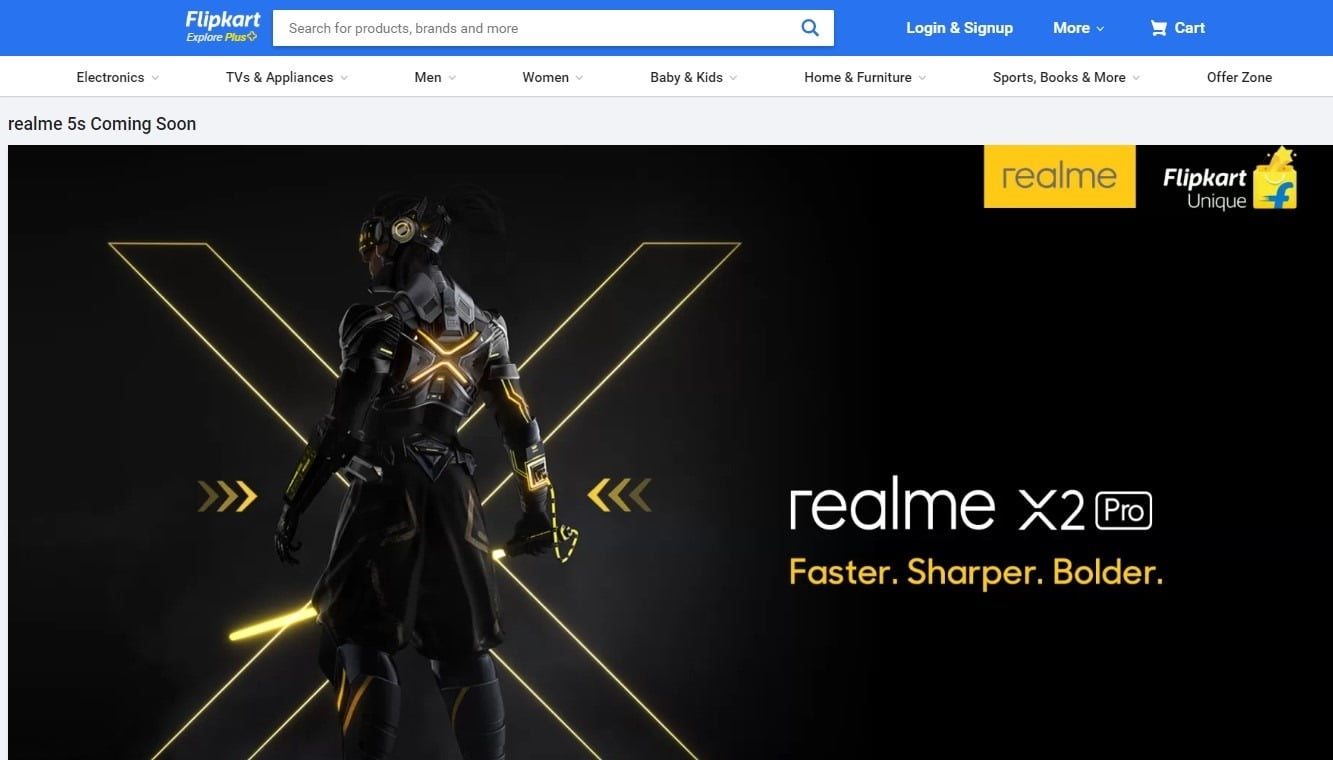 Today, Flipkart confirmed that the Realme 5s is indeed launching soon in India.  It is worth mentioning that Realme 5 launched just three months ago in India. As you can see in the image above, the teaser page for Realme X2 Pro says, “Realme 5s coming soon” as well. Now, it cannot be said if it is going to be an upgrade over Realme 5 or a cheaper version of it.

The company launched Realme 3i in July this year, which was a cheaper version of Realme 3, so the same could be the case with Realme 5s.