Samsung’s M series phones have surprised everyone since it is the first time in the past couple of years that Samsung has launched budget phones at very aggressive pricing. Most of us are not interested in the Galaxy M10 as much as we are in the Galaxy M20. This is because the Galaxy M20 comes with the all-new Exynos 7904 processor which is supposed to be a successor to the Exynos 7885 that we didn’t see in any budget phone from Samsung. 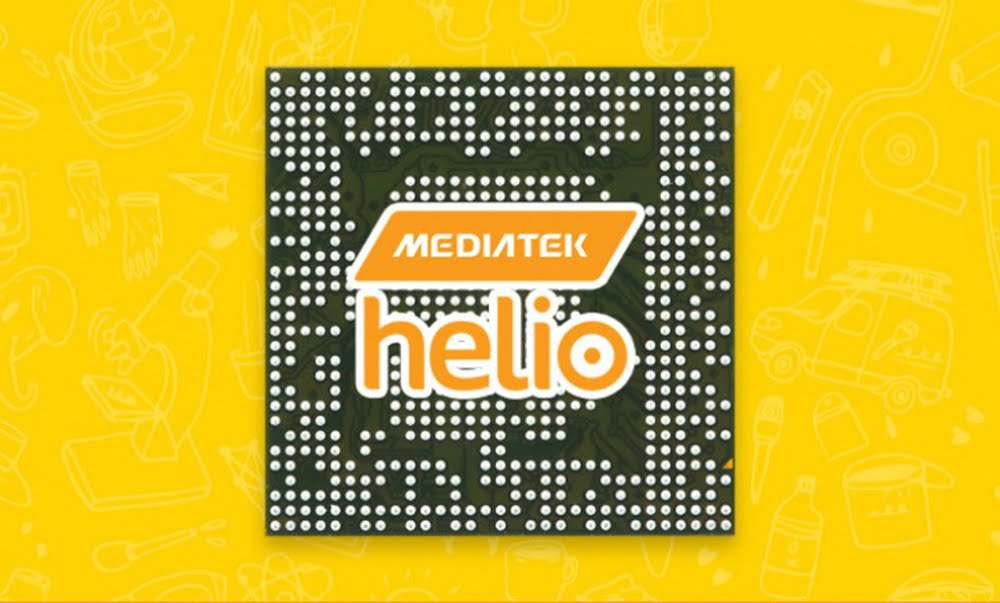 Apart from Qualcomm, there is one more company that is popular when it comes to mobile SoCs. We are talking about MediaTek. MediaTek wasn’t considered a competition to Qualcomm a couple of years back, but in the past few years, we have seen the company launching some really good processors that give a solid competition to the Snapdragon chips from Qualcomm.

Take an example of the Helio P60. It was the first 12nm processor in the budget segment that, due to its powerful CPU and AI capabilities, beat the chipsets like Snapdragon 625 and 636 with ease. Further, the company launched Helio P70 with even better AI features and slightly better CPU performance. 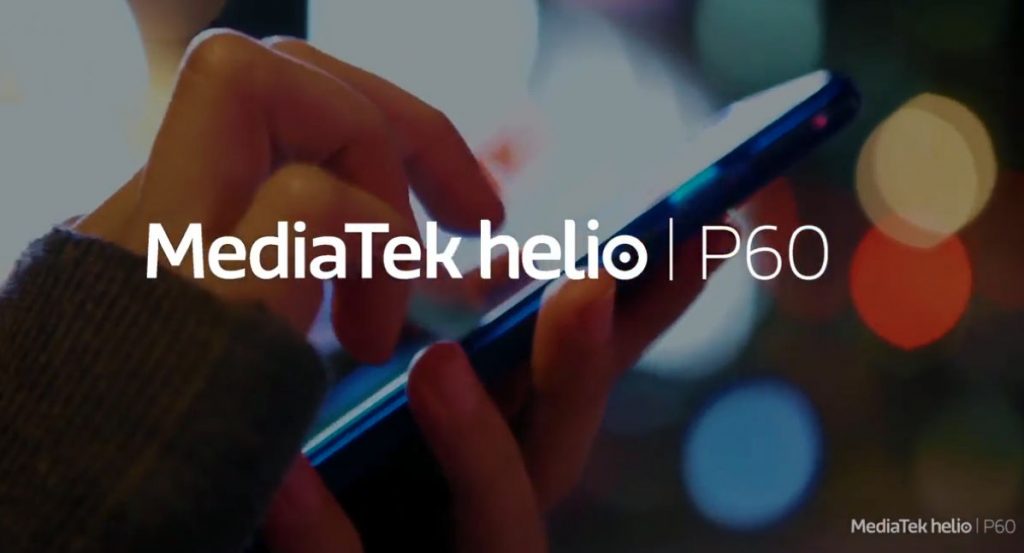 Solely based on the architecture, the Helio P60 takes the lead since it is a 12nm processor compared to the 14nm Exynos 7904. You can think of this like – ‘The smaller the size, the better the performance and power efficiency.’ So, the Helio P60 easily beats the Exynos 7904 in this case. 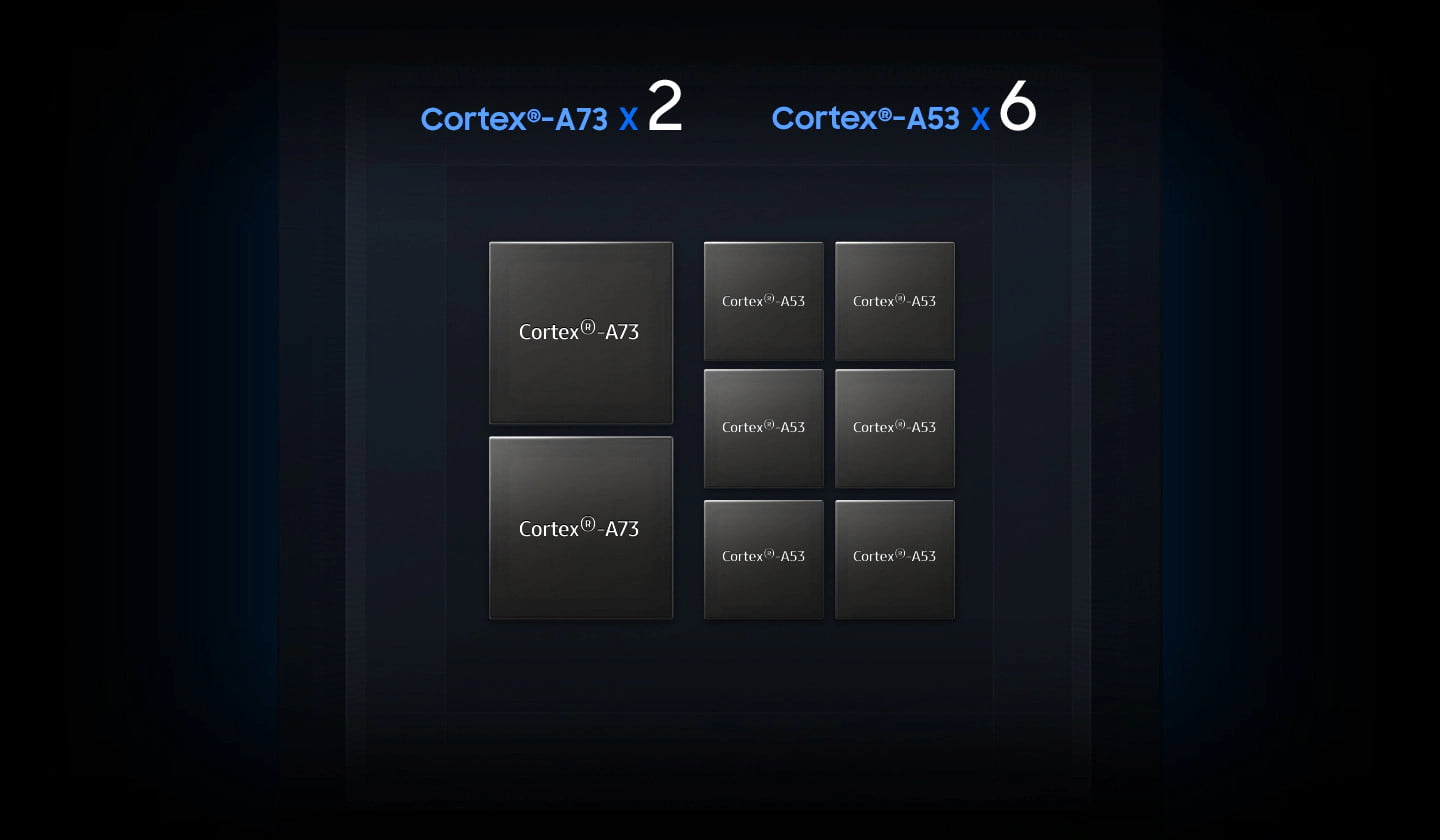 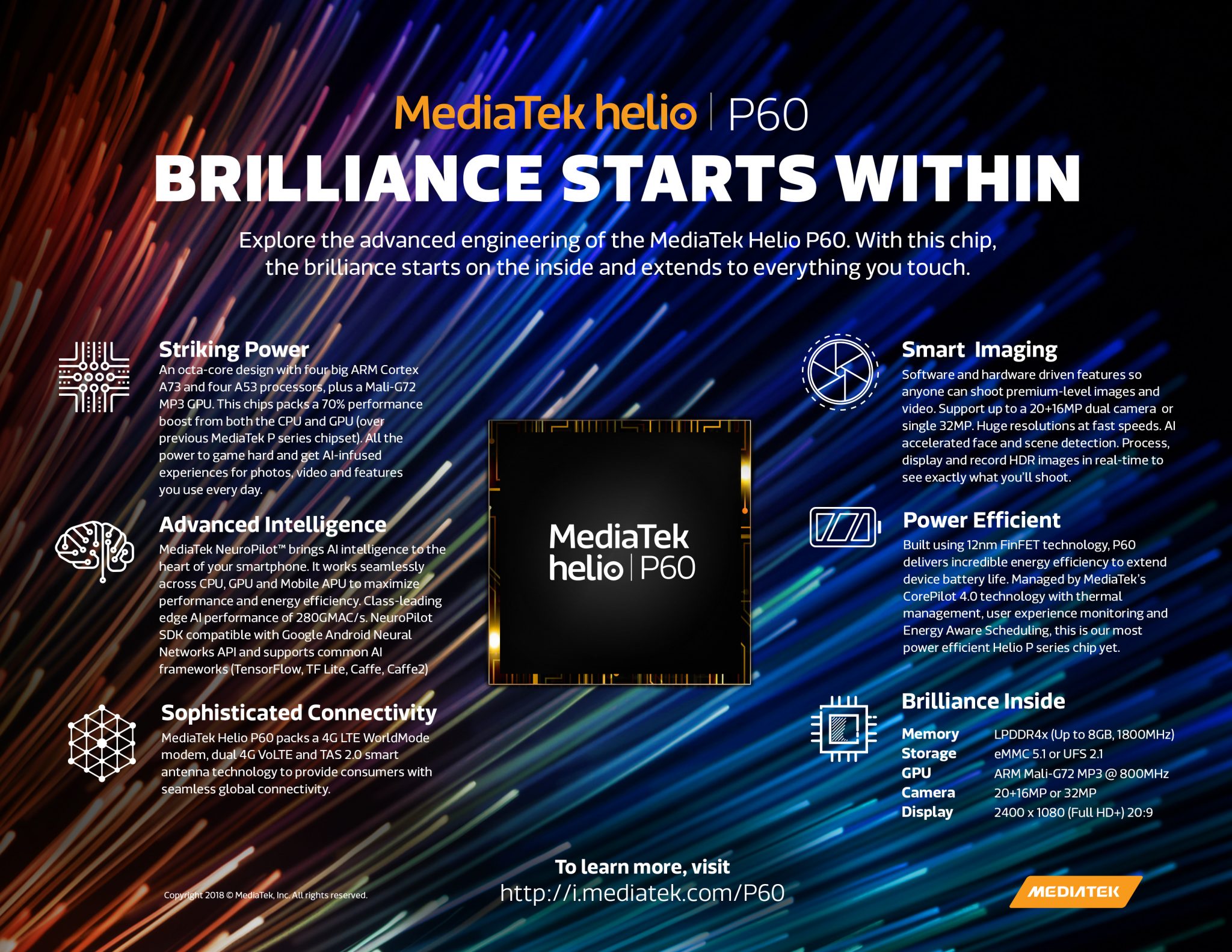 Talking about the Helio P60, it is a very powerful processor based on the 12nm architecture. It too has eight cores, but the arrangement is such that the four Cortex A73 cores and rest of the four Cortex-A53 cores are clocked at 2.0GHz. This is a huge advantage for the Helio P60 since the CPU is much powerful than that of the Exynos 7904. So, in this case, the Helio P60 is easily a winner. 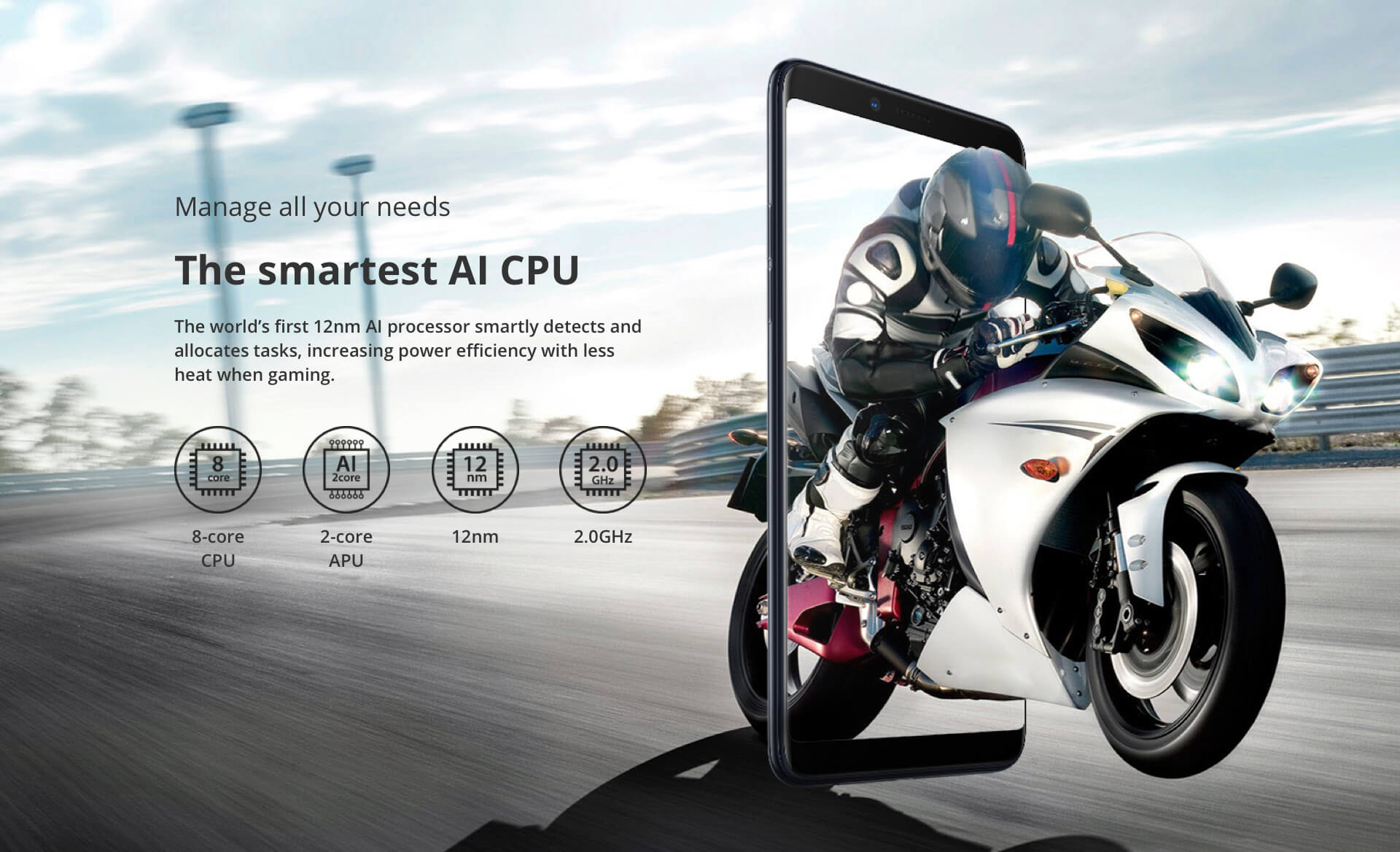 If you read our previous comparisons, then you know that the Exynos 7904 is the only processor at this price range which supports triple rear cameras. So, in that case, the 7904 is better than the P60. Talking about single cameras, both the processors support up to the 32MP single rear camera. But, when it comes to dual cameras, the Helio P60 supports up to 24MP + 16MP cameras whereas the Exynos 7904 supports up to a dual 16MP camera.

MediaTek focuses a lot of AI and hence, the Helio P60 features a mobile APU (multi-core AI Processing Unit). According to MediaTek, the Mobile APU includes a multi-core processor combined with intelligent control logic. It is 2X more power efficient than a GPU and generates class-leading edge-AI processing performance of up to 280GMAC/s.

On the other hand, Samsung didn’t state a word on AI and any AI Engine in the Exynos 7904, so we think there isn’t any.

Remember when we said that the Helio P60 isn’t much different compared to the P70? Well, as you can see in the specifications above, there is hardly any difference between the P60 and P70. The only difference you are going to notice is in the clock speed. 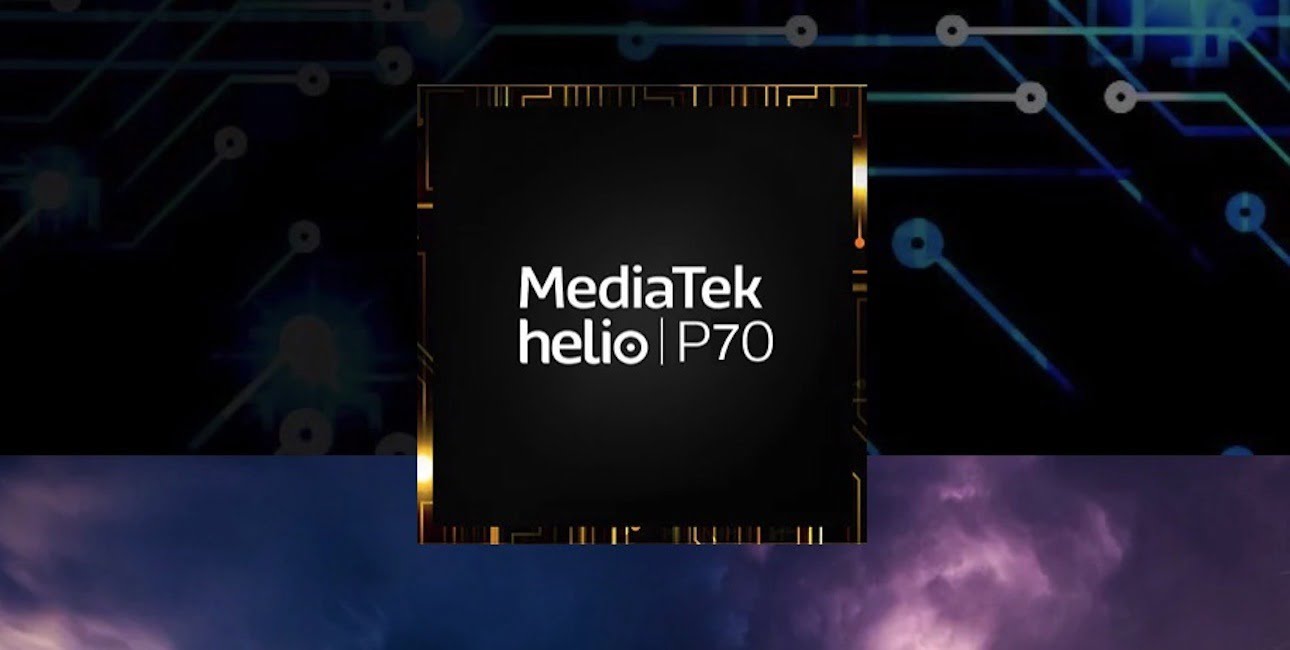 Just like the MediaTek Helio P60, the P70 is also a 12nm processor which means it is better than the 14nm Samsung’s Exynos 7904 processor. It will have better power efficiency and better performance due to the better architecture. 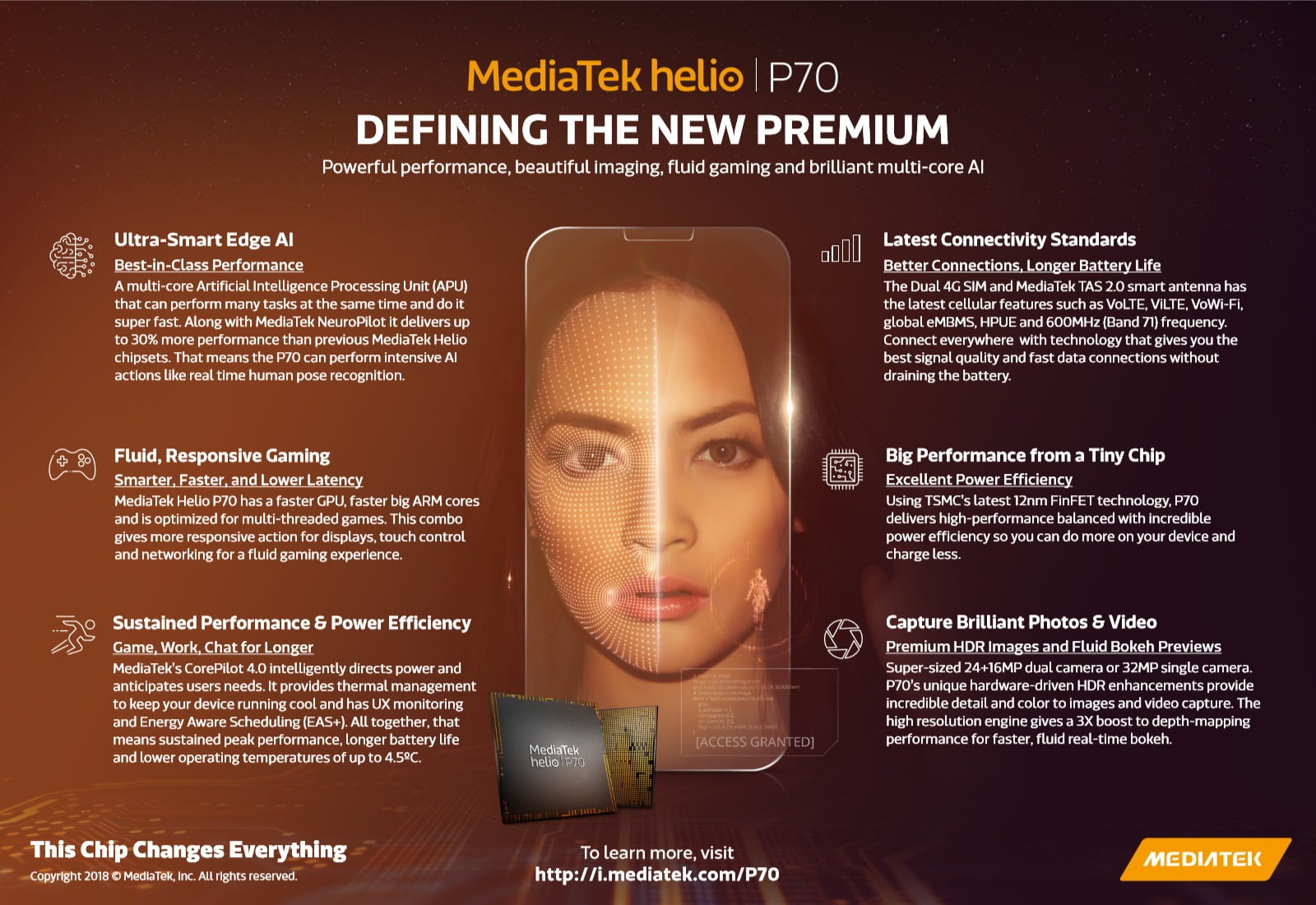 The Helio P70 has the same CPU arrangement as the P60 except for the fact that the clock speed is now up to 2.1GHz. Again, since the P60 is better regarding the CPU as compared to the Exynos 7904, the Helio P70 is better in this case as well.

The connectivity options for the Helio P70 are the same as P60. So, it supports LTE Cat. 7 and LTE Cat.13 for uplink and downlink respectively. But since Exynos 7904 supports LTE Cat. 12 for UL, it is slightly better in this case.

One of the things that differentiate the Helio P70 and P60 is the more powerful and efficient Multi-Core, Multi-Threaded AI Processor. Due to the new intelligent multi-threading scheduler, the AI processing efficiency is 30% better than the P60. Again, since the Samsung Exynos 7904 doesn’t have an APU, the Helio P70 is a winner in this case.

So, regarding the benchmarks also, the Helio P60 is a clear winner.

On SlingShot Extreme, the Helio P70 scores 1K+ for both Open GL ES 3.1 and Vulkan. So, regarding the benchmarks, the Helio P70 is way better than the Exynos 7904.

What processor would you prefer if you have to choose between the Exynos 7904 vs Helio P60 vs Helio P70 and why? Do let us know via the comments section.